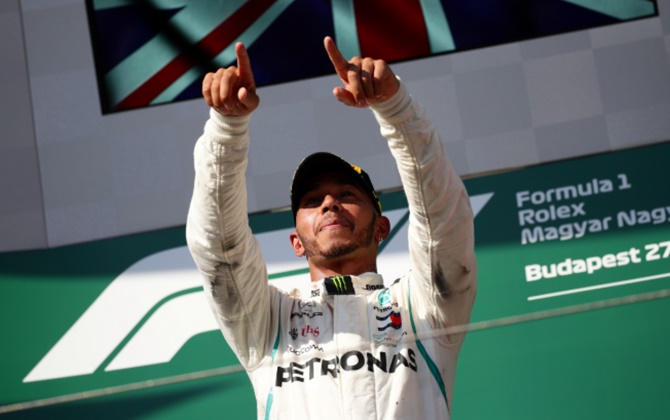 Formula One world champion Lewis Hamilton won the Hungarian Grand Prix from pole position for Mercedes on Sunday to go into the August break with a 24-point lead over Ferrari rival Sebastian Vettel.

Ferrari, mourning the death of former chairman Sergio Marchionne, had Kimi Raikkonen finish third to complete a podium of champions on a dry and sweltering afternoon at the Hungaroring outside Budapest.

The victory was Hamilton's record sixth in Hungary, fifth of the season and 67th of his career.

In a race effectively decided by Saturday's wet qualifying, when Mercedes locked out the front row of the grid against expectation, Hamilton was never challenged.

"We came here knowing Ferrari would be really quick this weekend so to come out with these points, we'll definitely take it as a bonus," said Hamilton in a pitlane interview after embracing team members.

"I'm really happy with how strong it's come in the last couple of races. We've got to come strong in the next half," added the 33-year-old, who won in Germany from 14th place on the grid a weekend earlier. 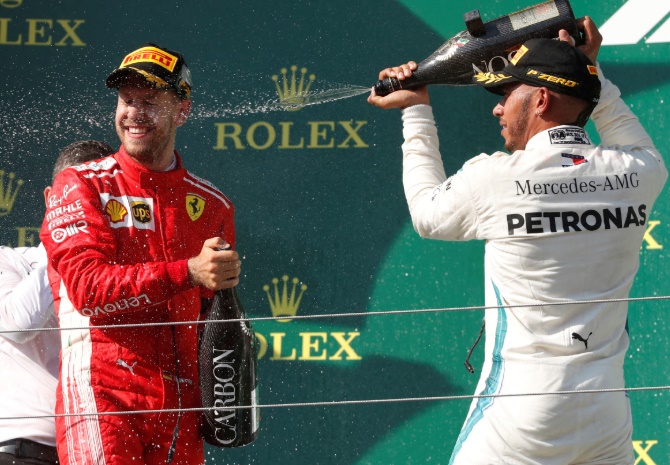 Tyre strategies were also crucial at a relatively slow and twisty circuit where overtaking is always difficult, with track temperatures hovering around 50 degrees Celsius.

Vettel started on the softs and went for a longer first stint than Mercedes, worried by Ferrari's quick getaways, who opted for ultrasofts that were quicker at the start but faded more rapidly.

Lining up in fourth place on the grid, Vettel grabbed third from Raikkonen immediately but could not find a way past Bottas who slotted in behind Hamilton as a defence against the red threat.

"We were out of position. I think we could have gone with Lewis today with the race pace," said Vettel.

"P2 is not really what we wanted this weekend but I think it was the maximum today."

Raikkonen, without water during the race after Ferrari forgot to connect the bottle, made two stops and agreed third -- his fifth successive podium finish -- was the best he could have hoped for in the circumstances.

"We caught up with Bottas after the first stop but there was no chance to overtake. So our option was to stop again and try again. At least we got one place back but far from ideal," said the Finn.

"I think we had pretty good speed today. But what can you do? Sometimes it's like that, but you take the points and go on to the next one."

"We pay multi-millions of pounds for these engines and for first class, or state-of-the-art, product and you can see it's quite clearly some way below that," said Horner.

Bottas ended up fifth, and was called to see stewards about the collisions, with French driver Pierre Gasly sixth for Toro Rosso.

Kevin Magnussen was a lapped seventh for Haas, lifting the U.S.-owned team to fifth and ahead of Force India, with double world champion Fernando Alonso eighth for McLaren on his 37th birthday.

Carlos Sainz took two points for Renault in ninth and Romain Grosjean made sure of another for Haas.

© Copyright 2020 Reuters Limited. All rights reserved. Republication or redistribution of Reuters content, including by framing or similar means, is expressly prohibited without the prior written consent of Reuters. Reuters shall not be liable for any errors or delays in the content, or for any actions taken in reliance thereon.
Related News: Lewis Hamilton, Sebastian Vettel, Mercedes, Kimi Raikkonen, Valtteri Bottas
SHARE THIS STORYCOMMENT
Print this article 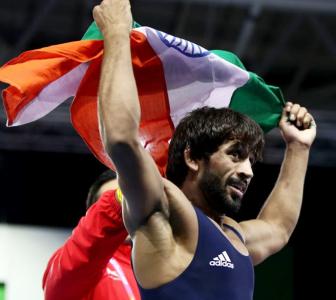 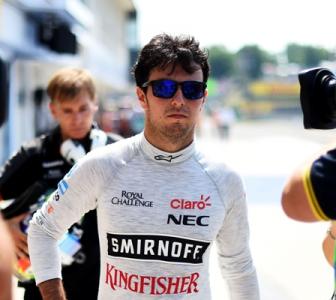 Took action against Force India to save jobs: Perez