Halep, Azarenka advance in Rome, Osaka pulls out with injury

IMAGE: Romania's Simona Halep in action during her first round match against France's Alize Cornet at the WTA 1000 Italian Open at Foro Italico, Rome, Italy, on Monday. Photograph: Guglielmo Mangiapane/Reuters

ormer world number ones Simona Halep and Victoria Azarenka advanced to the second round of the Italian Open in Rome while four-times Grand Slam champion Naomi Osaka was forced to withdraw from the tournament due to an ankle injury.

Halep, champion in Rome in 2020, beat France's Alize Cornet 6-4, 6-4, exacting revenge for her fourth-round loss at the Australian Open in January.

In a match that had 10 break points converted by the two players, Halep led 5-1 in both sets before Cornet fought back on both occasions before the Romanian got the job done, sealing progress with a forehand winner on Cornet's serve.

Azarenka met a familiar foe in Swiss Viktorija Golubic, who she beat at the same stage of the Madrid Open late last month.

Although the match in Madrid was a closer contest, this time Azarenka beat her emphatically with a 6-3, 6-0 scoreline, wrapping up the match in just 68 minutes. 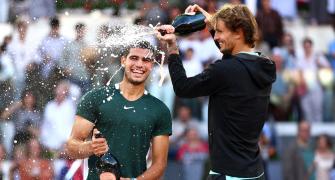 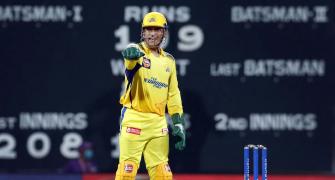 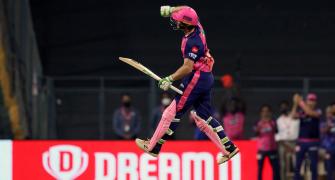 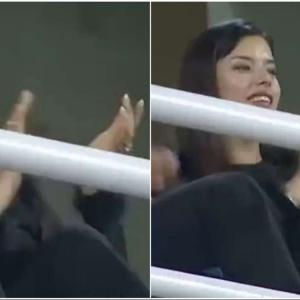