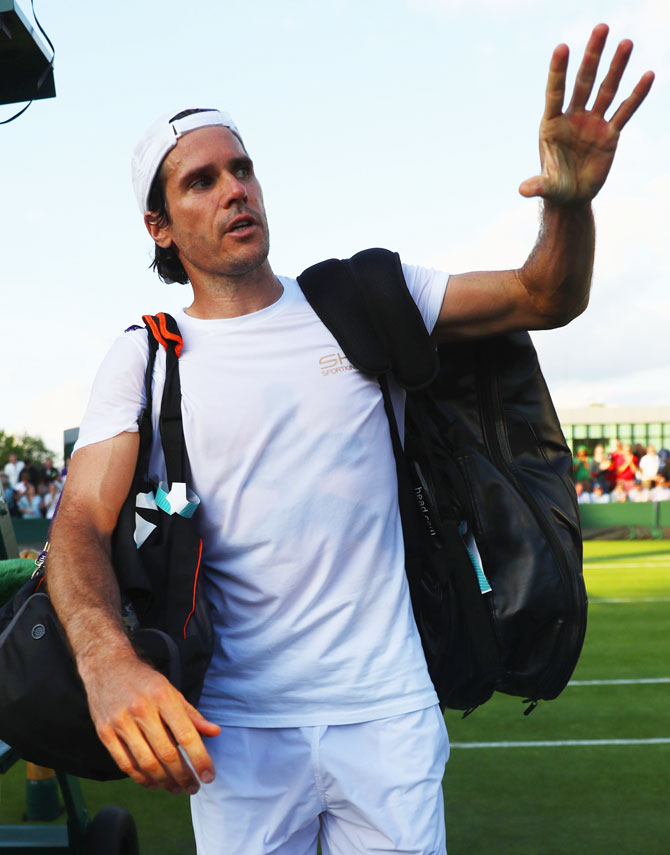 The 39-year-old German, a tournament director at the event, announced his decision in an emotional speech shortly after his close friend Roger Federer's quarter-final victory over South Korea's Chung Hyeon.

"I consider myself extremely fortunate that I was able play professional tennis for a living for more than two decades," Haas said to an appreciative crowd that included retired greats Rod Laver and Pete Sampras.

"The sport gave me cherished friendships, an ability to travel the world, and opportunities to create incredible memories. It also taught me a lot about what it means to face challenges, battle back, and overcome them.

"To my parents, family, wife and children, thank you for all the love and support that you gave me over the years. And, to the fans, thank you for cheering me on throughout my career."

The German won 15 titles on the ATP Tour, the last two coming in 2013 when he triumphed in Munich and Vienna. He reached a career-high ranking of number two in 2002 and made a total of 28 final appearances.

A tough fighter who always bounced back from injury adversity, Haas underwent a total of nine surgeries in his career and won ATP Comeback Player of the Year awards in 2004 and 2012.

Haas, who won the silver medal for Germany at the 2000 Sydney Olympics, finishes his career with 569 wins -- the last of which was a memorable victory over Federer at Stuttgart last year.