November 16, 2011 19:25 IST
Guus Hiddink's contract as Turkey coach has been terminated by mutual consent following the team's failure to reach the Euro 2012 finals, the Turkish Football Federation said on Wednesday, ending a disappointing spell in charge for the Dutchman.

The decision, announced on the federation's website (www.tff.org), had been expected after Tuesday's 0-0 draw in Croatia which completed Turkey's 3-0 aggregate defeat in their playoff.

Even before the playoffs, Hiddink had been under fire in the Turkish media for failing to inspire a team which reached the semi-finals of Euro 2008 after defeating Croatia in the quarter-finals. 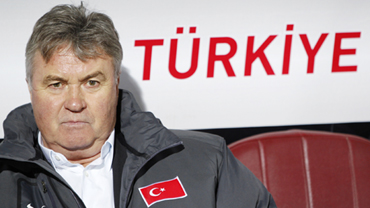 "Following the meeting between the Turkish Football Federation executive committee and Turkey head coach Guus Hiddink, the Dutch coach's contract has been terminated by mutual consent," the federation said.

"We would like to thank Mr. Guus Hiddink for his services during his working period, and wish him all the best in his future career," it added, saying it would announce developments regarding a new coach in the coming days.

In February last year Hiddink agreed a four-year contract, with the final two years optional, but Turkey's performances under him caused widespread disappointment.

After the first leg against Croatia, Atletico Madrid forward Arda Turan lambasted Hiddink's tactics in the Turkish media, saying they invited defeat and accusing Hiddink of being too timid and not believing in his players.

Hiddink told reporters the lack of support and opportunities for young players at clubs lay at the heart of Turkey's inconsistency on the big stage and their failure to reach Euro 2012.

He criticised an "inefficient system" depriving young players of a chance to develop.

Hiddink, whose coaching career has included spells in charge of the Netherlands, Australia, South Korea and Russia, has previously been linked with a move to Chelsea, where he had a good relationship with the Premier League club's billionaire Russian owner Roman Abramovich.

© Copyright 2021 Reuters Limited. All rights reserved. Republication or redistribution of Reuters content, including by framing or similar means, is expressly prohibited without the prior written consent of Reuters. Reuters shall not be liable for any errors or delays in the content, or for any actions taken in reliance thereon.
Related News: Guus Hiddink, Turkish Football Federation, Turkey Euro, Croatia, Roman Abramovich
COMMENT
Print this article 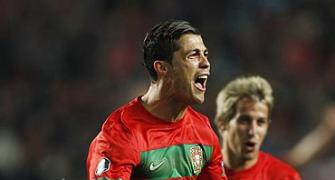 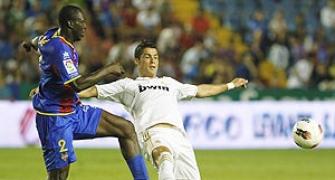 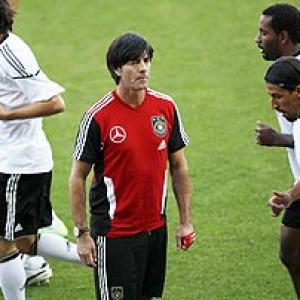 Euro: Germany look to tame Turkey in pursuit of perfection