The government on Friday said it will consider helping Odisha sprinter Dutee Chand in fighting her case against the world athletics governing body at an international sports tribunal in Switzerland. 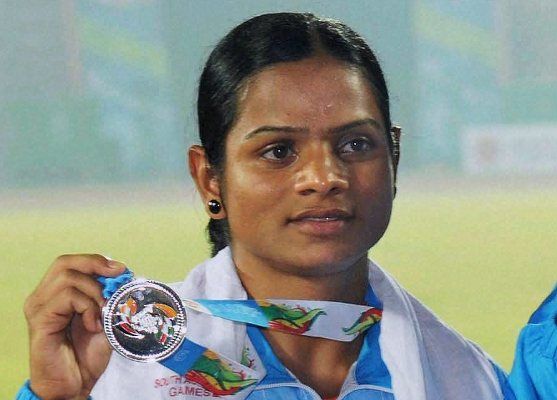 This issue was raised in the Lok Sabha by BJD member Bhartruhari Mahtab who said Chand has the potential to win a gold medal in Olympics and government must help her in the case.

Responding to Mahtab's demand, Parliamentary Affairs Minister Ananth Kumar said he will take up the issue with Sports Minister Vijay Goel and that the government will look into the issue sympathetically.

The International Association of Athletics Federation (IAAF) recently decided to submit fresh evidence at the Court of Arbitration for Sports (CAS) in Switzerland in support of its policy of barring female athletes who produced natural testosterone (male hormones) above permissible range from taking part in competitions.

Chand got a ban imposed on her by Athletics Federation of India overturned in 2015 as the CAS partially upheld her appeal. The world's top sports tribunal, however, gave a two-year time to the IAAF to produce conclusive evidence that female athletes with high levels of naturally producing testosterone have an unfair advantage over their peers.

Earlier also, the Sports Ministry provided financial support to Dutee during her appeal and hearing at the CAS. Now that her case is set to be reopened again, the young sprinter will need to fight it out again at the CAS to save her career and she will need financial assistance.

The BJD MP also said the officials (of the IAAF) dealing with Chand's case were working for the world athletics body and they cannot ensure an independent probe due to conflict of interest.

The fresh evidences which the IAAF would present at the CAS were gathered from a research paper authored by Stephane Bermon and Pierre-Yves Garnier, who were working with the IAAF for many years.

There was also a demand by another MP to look into the issue of leaving out Kerala middle distance runner P U Chitra for the World Athletics Championships to be held in London from August 4-13.