Tiger Woods is playing his first event since undergoing arthroscopic surgery on his left knee two months ago. 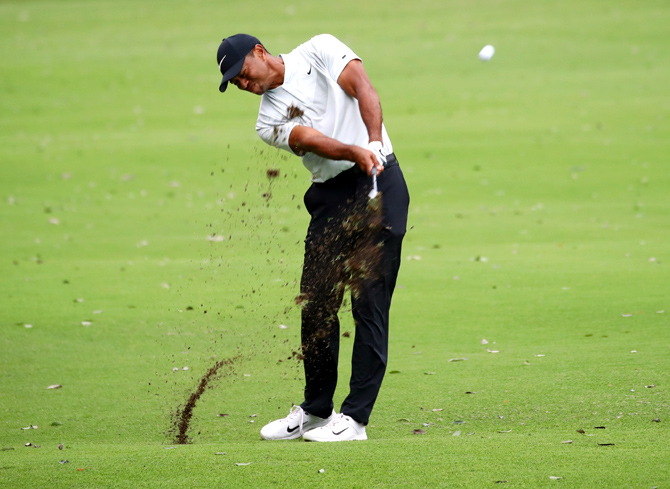 IMAGE: Tiger Woods hits his second shot on the 15th hole during the second round of the Zozo Championship. Photograph: Chung Sung-Jun/Getty Images

Tiger Woods enjoyed himself in almost serene conditions, carding a second straight six-under-par 64 to grab a two-shot second-round lead over Jeff Woodland at the Zozo Championship on Saturday.

On a day when spectators were not allowed on the premises due to what the PGA Tour said were unsafe conditions, Woods quietly went about his business in front in near-silence at Narashino County Club.

With birdies at the final two holes, he jumped clear of fellow American Woodland, posting a 12-under 128 halfway total in the rain-affected event that will not finish until Monday.

Woodland shot 66 to stake out second place at 10-under, while Keegan Bradley and local favourite Hideki Matsuyama were two shots further back in a tie for third.

“I felt pretty good about it today,” said Woods. “I hit the ball a little bit better than I did yesterday, which is nice, and I had the speed of the greens again.

“The greens are soft, they're a little bit slower today and we could give it a little bit extra rap on it. I left a lot of my approach shots below the hole and I was able to be pretty aggressive.”

Even though players were allowed preferred lies, the course dried remarkably well after being deluged with six inches (150 mm) of rain on Friday. It was the fear of spectators slipping and sliding in mud that prompted the unusual fan ban.

Spectators will be allowed back in on Sunday and most of the sellout crowd of nearly 20,000 will no doubt have eyes for Woods, playing in Japan for the first time since 2006.

Woods, 43, is also playing his first event since undergoing arthroscopic surgery on his left knee two months ago.

Though the course was closed, several hundred people still gathered around the first tee to watch him, and a couple of hundred walked every hole, mostly TV camera crews, still photographers, golf writers and tournament officials.

The 15-times major champion started well with a six-foot birdie at the first hole and apart from a pulled iron shot that led to a bogey at the second did not miss a beat.

Woods certainly noticed the unusual atmosphere, just the second time in his pro career he has played sans spectators he said.

“I made a couple putts today and I went to put my hand up and I'm like, don't put your hand up, there's no one clapping, so just move on about your business and just go ahead and keep trying to plug my way up the board, and I was able to do that,” he said. 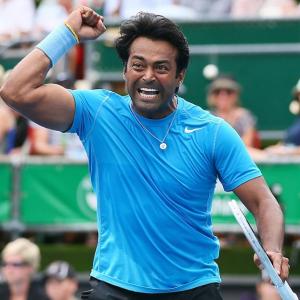 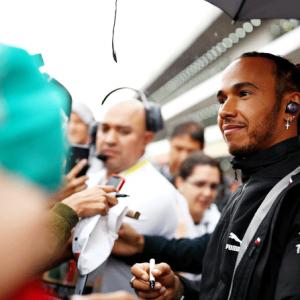