'Lee Elder was a pioneer in so many ways.' IMAGE: Tiger Woods with Lee Elder after winning the Masters at the Augusta National Golf Club, on April 13, 1997. Photograph:John Kuntz/Reuters

Lee Elder, a champion of racial justice who in 1975 became the first Black man to compete in the Masters, has died at the age of 87, the PGA Tour said on Monday.

Elder made his trailblazing Masters debut in 1975 but it was 1990 before Augusta National -- one of the world's most exclusive clubs -- would welcome Ron Townsend as its first Black member.

During his career, Elder won four events on the PGA Tour, including the 1974 Monsanto Open which qualified him for the following year's Masters, and the American later recorded eight wins on the PGA Tour Champions.

"Lee Elder was a pioneer in so many ways," golfing great Jack Nicklaus, who won a record 18 major championships during his career, wrote on Twitter.

"Yes, he was the first black golfer to play in @TheMasters, but that simply underlined the hard work Lee put in to further the cause of everyone who has a dream to play on the @PGATOUR and thinks there were too many barriers before them."

In 2020, Augusta National announced it would celebrate Elder by adding him as an honorary starter https://www.reuters.com/article/ozasp-uk-golf-masters-idAFKBN2BV23D-OZASP with Nicklaus and Gary Player at this year's Masters.

Elder, who had limited mobility, was driven to the first hole at Augusta National in a golf cart in April where he was warmly welcomed but did not hit a tee shot.

"For me and my family, I think it was one of the most emotional experiences that I have ever witnessed or been involved in," Elder said after the ceremony.

"It is certainly something that I will cherish for the rest of my life."

In addition to announcing Elder as an honorary starter, Augusta National said it would establish scholarships in his name at Paine College, a private, historically Black college in Augusta.

The two scholarships will be awarded annually to one man and woman on the golf team.

Elder, born in Dallas on July 14, 1934, was the youngest of 10 children. He was orphaned nearly a decade later when his father was killed in World War Two and his mother died three months later.

Elder first got into golf as a caddie, playing his first 18-hole round when he was 16. In 1961, he joined the United Golf Association for Black players and at one point won 18 of 22 tournaments.

Elder reached the PGA Tour in 1968 and went on to qualify for the Masters in five consecutive years from 1977 to 1981, his best result at Augusta National coming in 1979 when he finished in a share of 17th place.

Elder was also the first Black man to represent the United States on a Ryder Cup team, in 1979 when he was part of the squad that beat Europe.

"His courage and determination were inspiring -- a fighter in every sense of the word," Player wrote on Twitter.

"I will forever cherish his appearance at the Masters ceremonial tee shot with Jack and I. Lee's impact on the sport, and on my life, will never be forgotten."

© Copyright 2022 Reuters Limited. All rights reserved. Republication or redistribution of Reuters content, including by framing or similar means, is expressly prohibited without the prior written consent of Reuters. Reuters shall not be liable for any errors or delays in the content, or for any actions taken in reliance thereon.
Related News: Augusta National Golf Club, PGA Tour, Lee Elder, Jack Nicklaus, Black
COMMENT
Print this article 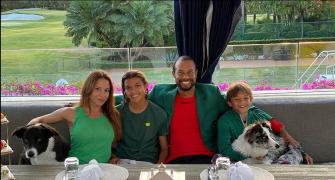 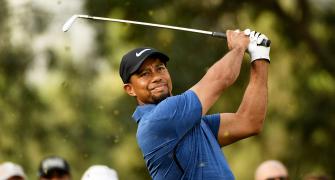 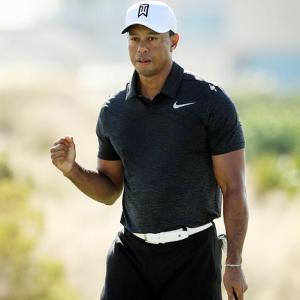 Will Tiger 2.0 be as good as the previous version? 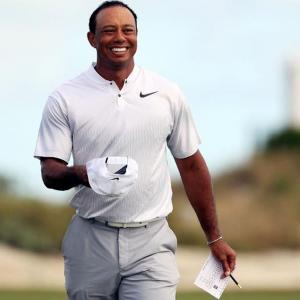