McIlroy cruises to first major title at US Open

Rory McIlroy won the US Open by eight shots in record style on Sunday, confirming his rich promise as a potential golfing great by becoming the championship's youngest winner since 1923.

Eight strokes in front overnight, the 22-year-old Northern Irishman maintained ice-cool composure while carding a two-under-par 69 on a humid and overcast day at Congressional Country Club to claim his first major title.

After safely parring the last where he two-putted from just off the front of the green, he clenched his right fist and pumped it in celebration as he broke into a smile.

"It's a great feeling," a beaming McIlroy told reporters after posting a tournament record total of 16-under 268 to leave his nearest challengers trailing in his wake.

"I knew most of the field were going to have a hard time to catch up to the score that I was on so I'm obviously just very happy to win the US Open. And to win it in a bit of style as well is always nice."

McIlroy, long regarded as a future world number one, eclipsed the US Open scoring record of 12-under set by Tiger Woods at the 2000 US Open. 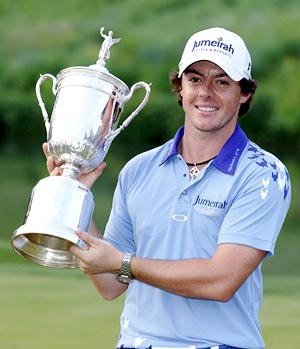 On a rain-softened course ideally suited to his power game and high ball flight, he also shattered the previous aggregate low of 272 held jointly by Woods, Jack Nicklaus, Lee Janzen and Jim Furyk.

"It's great to get this first major in the bag ... especially after what's happened the last couple of months," said the mop-haired McIlroy, who banished memories of his stunning Masters meltdown in April.

Going into the final round at Augusta National, he held a four-shot lead but tumbled out of contention with an ugly 80.

"I felt like I got over the Masters pretty quickly," said McIlroy, who will climb to a career-high fourth in the world rankings issued on Monday. "I was very honest with myself and I knew what I needed to do differently.

"To be able to finish it off the way I did ... just tells me that I learned from it and I've moved on. Now I've got this, I can go ahead and concentrate on getting some more (majors)."

McIlroy became the eighth first-time winner in the last nine majors and followed in the footsteps of compatriot Graeme McDowell, who won last year's US Open at Pebble Beach.

"My hat's off to Rory this week," McDowell said after closing with a 69. "He's been this good for a long time, and it's great to see him fulfill his potential.

"He's an awesome player. Nothing this kid does ever surprises me. He's the best player I've ever seen."

Day was runner-up in his second successive major this year after posting a score that would have been good enough to win 26 of the last 30 US Opens.

"He lapped the field and for such a young age, how mature he is," Day, 23, said. "Golf right now is in a really, really good spot where Rory McIlroy is right now."

All eyes were on the record-breaking McIlroy when he teed off on Congressional's heavily tree-lined Blue Course Sunday afternoon.

With his accurate long game, spectacular approach play and silky smooth putting, he had decimated the field over the first three days, setting tournament lows after 36 and 54 holes.

The only question remaining was how he would handle the mounting pressure and lofty expectations heaped upon him going into the final round.

Any concern was swiftly erased when McIlroy rolled in a nine-footer to birdie the opening hole and stretch his lead to nine. He picked up another shot at the par-four fourth, where his approach pitched 15 feet beyond the cup before spinning back to within four feet.

He coolly sank a clutch par-saving putt from 15 feet at the fifth before reaching the turn in two-under 34 with an eight-stroke cushion.

A tap-in birdie at the tricky par-three 10th, where he came close to recording an ace, maintained McIlroy's lead, Yang having also recorded a birdie there.

After bogeying the 12th where he found a bunker off the tee and failed to reach the green with his second shot, the Northern Irishman got back to 17 under with a birdie at the par-five 16th.

Though McIlroy three-putted for the only time this week to bogey the 17th, he comfortably parred the last to complete an unforgettable week. After walking off the green, he said to his father Gerry: "Happy Father's Day," before they embraced.

© Copyright 2022 Reuters Limited. All rights reserved. Republication or redistribution of Reuters content, including by framing or similar means, is expressly prohibited without the prior written consent of Reuters. Reuters shall not be liable for any errors or delays in the content, or for any actions taken in reliance thereon.
Related News: Rory McIlroy, Yang Yong-eun, Tiger Woods, Congressional Country Club, Graeme McDowell
COMMENT
Print this article 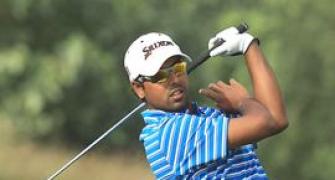 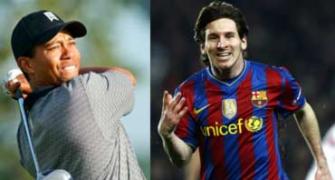 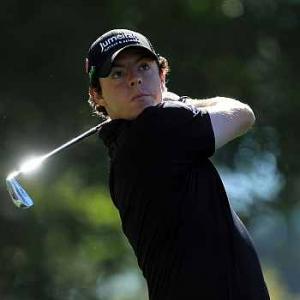 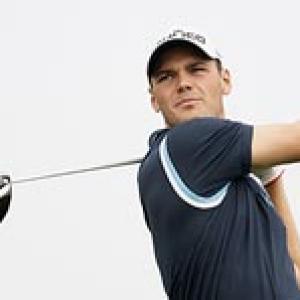