Gaganjeet Bhullar put himself in a fine position for a top-10 finish as he carded a seven-under 65 to move to tied ninth place at the halfway stage of the Tshwane Open in Centurion. 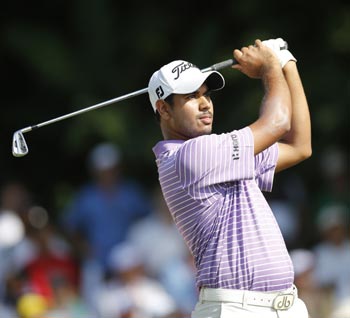 Bhullar, who shot 70 in the first round, was nine-under for two rounds and four behind leader Ross Fisher (66-65).

The other Indian golfer in the field, Shiv Kapur (67-74), who slipped in the second round, was tied 51st but made the cut.

Fisher's seven under par round of 65 moved the Englishman to 13 under par, one stroke clear of Denmark's Morten Orum Madsen, who continued his impressive run.

Bhullar, playing in his rookie year on the European Tour, was in excellent form as he birdied three in a row from second to fourth and added a fourth birdie on sixth.

A dropped shot on seventh and then two pars saw him turn in three-under. On the back nine he birdied 10th, 12th, 14th and 16th and had no bogeys for a day's work of 65, which was the day's best score and achieved by six others.

Kapur had just one birdie and three bogeys in his 74. Fisher, a member of Europe's Ryder Cup team in 2010, opened with a birdie but then had to stay patient as eight straight pars followed.

A further gain at the 10th hole ignited a tremendous run of scoring, with a pitch to within a foot of the pin at the 13th resulting in a third birdie of the day.

The 33-year-old then holed a curling 40 footer for eagle at the 13th hole, before birding the 16th from 10 feet and picking up a fourth shot in three holes with a 15 footer at the next.

Madsen, who opened his European Tour account in the South African Open Championship at the start of the season, carded seven birdies in a flawless second round of 65 at Copperleaf Golf & Country Estate to reach 12 under par for the week.

The 25-year-old, who flew out of the blocks with four gains in his first five holes, turned in 31 and, after a quiet spell in the middle of his round, picked up further shots at the sixth and seventh.

A closing bogey looked to be on the cards after an errant drive, but Madsen produced a brilliant pitched to a foot to salvage par.

"It's always good to see your name up there on the leaderboard, and that's what we play for. I practice to put myself in that position, so to have a chance at the weekend is something I really cherish," he said.

England's Simon Dyson maintained his bid for a seventh European Tour title with a second round of 68 for an 11 under par aggregate total.

The 36-year-old held the clubhouse lead overnight, thanks to completing a seven under par 65 shortly before an approaching thunderstorm forced the players off the course, with play later abandoned for the day.

South African Trevor Fisher Junior was also seven under with two holes of his first round to play, and although he bogeyed the first of those when play resumed on Friday morning, a birdie on the 18th saw him join Dyson at the top of the leaderboard.

Both players were then soon back in action for round two, and Dyson carded six birdies and two bogeys to join Spain's Carlos Del Moral in the clubhouse on 11 under par, one ahead of Fisher Jnr after his second round of 69.

Fisher Jnr's compatriots Darren Fichardt and Jake Roos joined him on ten under par as they looked to claim a sixth win for home players from the eight European Tour events staged in South Africa this season. 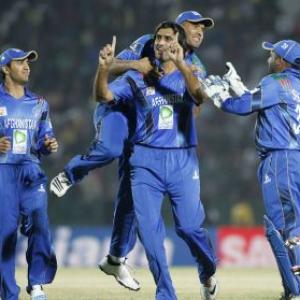 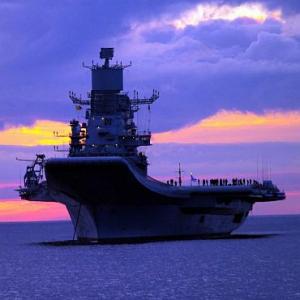