Rahul Aware's story is no different from a lot of wrestlers coming from back of the beyond --  winning the local wrestling bouts and funding his dietary needs with pocket money. 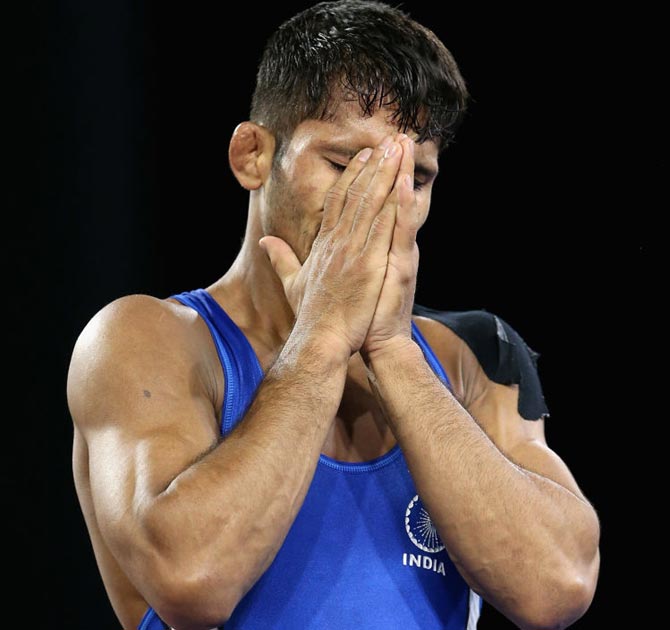 Those were tears of joy and Rahul Aware found it hard to control them when the National anthem was being played after he won the gold medal at the Commonwealth Games, at the Carrara Stadium complex in Gold Coast, on Thursday.

From seeing his farmer father Balasaheb work hard to make both ends meet in the drought-prone Beed district of Maharashtra to winning the first wrestling gold for his country in this edition of Commonwealth Games, the 26-year-old has grappled many adversities to reach where he has reached today.

Aware's story is no different from a lot of wrestlers coming from back of the beyond --  winning the local wrestling bouts and funding his dietary needs with pocket money.

His journey started in 2005 from a little-known tehsil in Beed district, called Patoda.

His father was a struggling wrestler, who later took up farming to support the needs of his family.  The new Commonwealth Games gold winner was inspired by him to take up the sport, his younger brother, Gokul Aware, said. 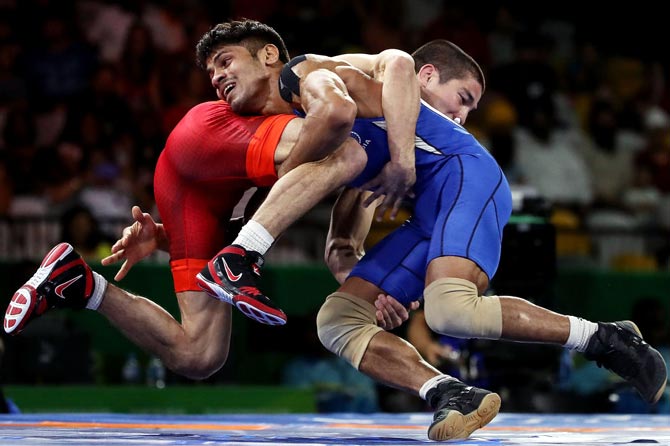 In 2005, Rahul started training with ace wrestler Harishchandra Birajdar, himself a gold medallist at the 1970 Commonwealth Games.

"My father and Birajdar knew each other and that's how Rahul went to Birajdar. He trained under Birajdar till his death in 2011. Thereafter, he started training under Arjuna awardee wrestler Kaka Pawar at his centre in Pune. Once Rahul got a job in Indian Railways, he could concentrate fully without thinking about finances," added Gokul, who himself is a wrestler.

He trained in Patoda till 2011 before shifting base to the more cosmopolitan city of Pune.

"Initially, Rahul trained in Patoda and participated in local wresting competitions held during melas (fairs). He earned pocket money through these competitions, which took care of his diet and nutrition," Gokul informed.

As soon as Aware won the final, the entire Patoda village erupted in celebration.

"I cannot express my feelings and joy in words. It was our dream and it got fulfilled today. Our target has been achieved," added Gokul, his voice choked with emotion.