'God grabbed me and gave me a second chance' IMAGE: A video grab of Chapecoense full back Alan Ruschel gets discharged from hospital on Saturday. Photograph: Pie Sports Booze/Twitter

A Brazilian footballer who survived the air crash that killed most of his team in Colombia last month changed seats at the last minute after a teammate encouraged him to sit beside him, he said on Saturday.

Chapecoense full back Alan Ruschel was sitting near the back of the plane when club director Cadu Gaucho asked him to move on the journey to play in the Copa Sudamericana final.

"Cadu Gaucho asked me to sit further forward and let the journalists sit together at the back," Ruschel told reporters at his first news conference since the November 28 accident.

"I didn't want to but then I saw (Jackson) Follman and he insisted that I sit beside him," he added.

"Only God can explain why I survived the accident. He grabbed me and gave me a second chance."

Ruschel, 27, was one of only six survivors on the plane, which crashed into the mountains near Medellin. The disaster killed 71 people, including almost all the Chapecoense team, directors and staff.

Goalkeeper Follman, one of Ruschel's best friends in the team, also survived, but had part of his leg amputated. He was transferred on Saturday morning via air ambulance from Sao Paulo to a hospital in the club's home city in southern Brazil.

"I don't remember anything about the accident," Ruschel said at the Arena Conda, the club's stadium in Chapeco. IMAGE: Alan Ruschel acknowledges the crowd as he leaves the hospital on Saturday. Photograph: Twitter

"I try not to speak of the accident, I avoid the news, but from the little I've seen I think it was greed on the pilot's part."

The pilot of the Bolivian-run LAMIA plane has been accused of taking off without enough fuel for the flight. Bolivian authorities suspended the airline's operating license and replaced the management of its aviation authority to ensure a transparent investigation.

Ruschel promised to return to Colombia and treat his doctors there to one of the hearty barbecue meals famous in southern Brazil.

He also pledged to visit every one of the families of his compatriots who died before returning to the small town of Chapeco and continuing with the physiotherapy he needs to get fit again.

"As a lesson, this tragedy teaches that you have to keeping living," he said.

"Take advantage of some things and do good for others.

"When I got here today I had the sensation that I was coming home. I promise to give lots more happiness to this team. With a lot of effort and hard work I am going to be back playing again soon."

© Copyright 2021 Reuters Limited. All rights reserved. Republication or redistribution of Reuters content, including by framing or similar means, is expressly prohibited without the prior written consent of Reuters. Reuters shall not be liable for any errors or delays in the content, or for any actions taken in reliance thereon.
Related News: Alan Ruschel, Cadu Gaucho, LAMIA, IMAGE, Follman
SHARE THIS STORYCOMMENT
Print this article 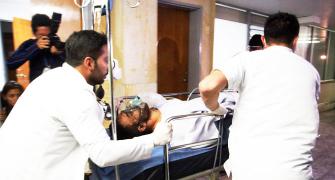 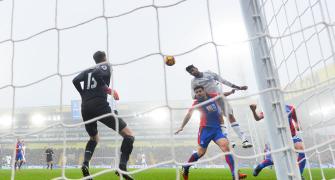