Surajit Ganguly, a coach employed with the Goa Swimming Association (GSA), is accused of molesting a 15-year-old girl who was training under him. 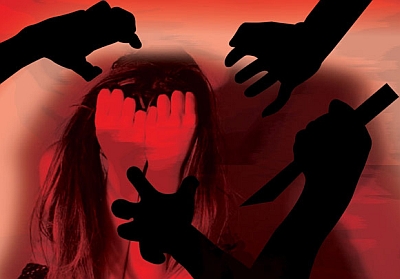 A case of rape and criminal intimidation was registered against a swimming coach by the Goa police on Thursday and a search is on to arrest him, officials said.

Surajit Ganguly, a coach once employed by the Goa Swimming Association (GSA), is accused of molesting a 15-year-old girl who was training under him.

"We have launched a search operation to track down the accused. Last we know is that he had left for Bhopal," Deputy Superintendent of Police Gajanan Prabhudesai said.

He said police have formed multiple teams to arrest the coach.

A case under IPC sections 376 (rape), 354 (molestation) and 506 (criminal intimidation), as well as under the Protection of Children from Sexual Offences Act (POCSO) and Goa Children's Act was registered against Ganguly, said inspector Kapil Nayak of the Mapusa police station in Goa.

The Goa Swimming Association sacked Ganguly after the the video surfaced.

"...we terminated Surajit's contract immediately after watching the video. Both the girl and coach are from (West) Bengal," GSA secretary Syed Abdul Majid said.

Ganguly was appointed by the GSA about two-and-a-half years ago at its Mapusa indoor swimming training facility.

"We appointed him because he had a good track record as a coach. There were no prior complaints (of misbehaviour) against him," Majid added.

In 2017, the Goa Legislative Assembly had passed a resolution congratulating him and other coaches for bringing "pride and glory to swimming and diving sports and to the state" in the 63rd National Games.

On Wednesday, based on the girl's statement, the Kolkata police lodged a complaint against Ganguly, and transferred it to their counterparts in Goa.

Rijiju said he had asked the Swimming Federation of India to ensure that Ganguly was not employed anywhere in the country.

"I have taken a strong view of the incident. The Goa Swimming Association has terminated the contract of coach Surajit Ganguly.

"I am asking the Swimming Federation of India to ensure that this coach is not employed anywhere in India. This applies to all federations and disciplines," he tweeted.