Former champions Rangers were ejected from the Scottish Premier League (SPL) on Wednesday when rival teams voted to exclude the Glasgow club following its financial crisis.

Rangers chief executive Charles Green said the club, champions a record 54 times, would apply for a place in the Scottish Football League (SFL) which oversees the lower tiers of the game.

"If our application were to be accepted, Rangers will play in whichever division the SFL sees fit and we will move forward from there," said Green, who leads a consortium that took over the club last month.

It is not clear whether Rangers will have to relaunch from the lowly fourth tier of the Scottish game or will get a place in the first division, just below the SPL. That is likely to be decided in a vote on July 12.

"The Club hopes that the supporters, who have been absolutely tremendous since the Club went into administration on February 14, will continue to support the Club and make Rangers a success once again," added Green.

Rangers have attendances in excess of 45,000 at their Ibrox stadium, making them one of the best supported teams in the British game.

However, they have been losing their top players. Striker Steven Naismith joined English Premier League club Everton this week after he rejected a deal with the new Rangers owners.

The club went into administration over unpaid taxes of about 9 million pounds and also faced a much heftier bill in a separate tax dispute relating to how they paid their players over the past decade.

In a stance likely to be noted by other cash-strapped British clubs, the tax authorities refused to accept a settlement and pushed the club's parent into liquidation.

That forced the reformed Rangers to reapply for admission to the SPL and they needed the backing of seven of the 12 teams to succeed.

However, their fate was effectively sealed last week when a number of clubs said they would oppose the move, arguing that sporting integrity was more important than the financial benefits of keeping Rangers in their ranks.

The expulsion of Rangers is likely to see BSkyB and ESPN seek to cut the rate of its TV contract, which stipulated a minimum of four Glasgow derbies per season.

The often bitter rivalry between Rangers and fellow Glasgow club Celtic is central to the Scottish game.

The two "Old Firm" clubs have lifted the league title every year since Aberdeen won it in 1985 under Alex Ferguson.

It is not yet known which side will take the place of Rangers in the SPL. It could be Dunfermline Athletic, relegated at the end of last season, or Scottish first division runners-up Dundee.

© Copyright 2022 Reuters Limited. All rights reserved. Republication or redistribution of Reuters content, including by framing or similar means, is expressly prohibited without the prior written consent of Reuters. Reuters shall not be liable for any errors or delays in the content, or for any actions taken in reliance thereon.
Related News: SPL, Rangers, SFL, Charles Green, ESPN
COMMENT
Print this article 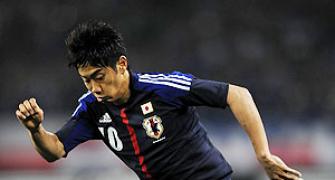 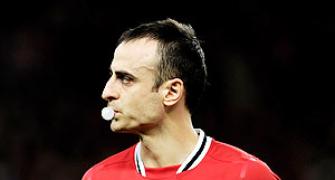 My time at United is running out: Berbatov
Man United's Paul Scholes to play on another season Manchester City kick off season at home to Southampton