'I was working out at home, lost 20-25 kgs post delivery but I needed to train on mat, needed training partners so I joined national camp' 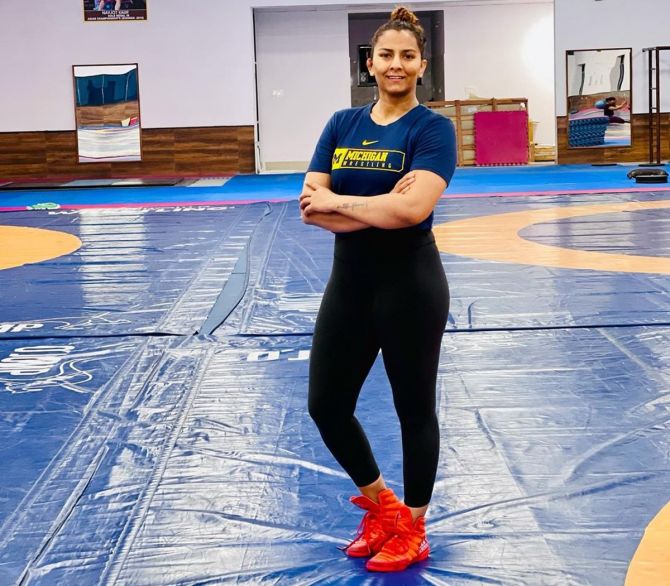 The rules have changed and wrestling has become faster from the time when Geeta Phogat was active on the mat but the path-breaking Dangal girl is gearing up for a comeback, confident that the sport that runs in her blood will help her adapt and get battle-ready for stiff challenges ahead.

Geeta, who made the Phogat clan famous with her remarkable journey from local dangals to international fame, has not competed much since she attempted to qualify for the 2016 Rio Olympic Games unsuccessfully.

She competed in only two tournaments in two years after that, got married to fellow wrestler Pawan Saroha in 2016 and gave birth to their first child in 2019.

When she was active, the bout consisted of three rounds of two-minutes each, wrestlers could hold their opponents for a longer time and keeping long hairs was not allowed. A lot has changed now.

The 32-year-old, who became the first Indian woman wrestler to win a gold at the Commonwealth Games in 2010, is now eyeing a berth in the Indian team for the Asian Olympic Qualifiers. 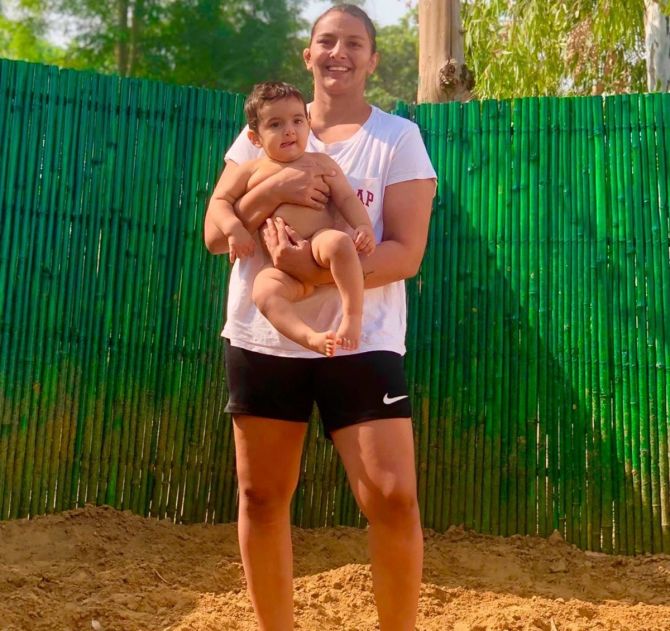 With a special permission from the national federation, Geeta joined the national camp a month back and is putting in hard yards, dreaming of more success at the international level.

"I never thought of quitting wrestling. I still dread the day when I would have to actually leave it. That thought scares me. It's not just me, but it is same with most athletes that it becomes difficult to quit, it's in blood," Geeta said.

"I started training about six months back. I was working out at home, lost 20-25 kgs post delivery but I needed to train on mat, needed training partners so I joined national camp. I needed to assess myself, so I approached WFI and they allowed me, thanks to the federation, I am preparing for a comeback.

"Rules have changed. Two rounds of three-minute each is good for Indian wrestlers because we are better in stamina. We have to be in action continuously now but it's not something that worries me."

All eyes will be on her when she competes in the 62kg category on Monday during trials for the Asian Olympic Qualifiers. It's a category which fast-rising Sonam Malik is making her own while Rio Olympics bronze medallist Sakshi Malik is struggling.

The 2012 World Championship bronze medallist is realistic that she will not get instant success since wrestling as a sport has grown a lot in India with talented youngsters putting seniors under pressure.

"Sonam is emerging but when it comes to skill and in experience Sakshi is better. Sonam has nothing to lose because she is still coming through the ranks. When I was at peak, Sakshi had nothing to lose and now same goes for Sonam."

"Sonam is at that stage of her career from where she can go fearlessly without worrying much."

But how well prepared is she to take on the current best?

"I am still not in the form that I need to be in before the trials," she said with all honesty.

She also listed out the initial struggle after returning to the mat.

"My fitness level is still not where it should be. I had reduced weight by doing cardio exercises but I was even struggling to complete my two-hour workout session. I even had to skip one or two sessions in the week to rest my body."

"I did not have stamina to train on mat for two hours. But now after one month, whether it is running, or exercises or mat training or skills, I have got much better. It's not going to be easy since these are trials for Olympic Qualifiers."

"It's all about hard work. If we are injury free, nothing is impossible."

Geeta credited her husband Pawan for her return to mat.

"If I am making a comeback, much credit goes to my husband Pawan. He also wanted to join the national camp but only one of us could do it because someone had to be with our son Arjun, so he sacrificed his chance and let me come to Lucknow for the camp."

"I always needed someone who can push me. Before marriage it was my father and now it's Pawan. He supports me a lot and is the force behind my comeback. Even if I don't do well now, I will continue and not quit mat."

Geeta also emphasised that athletes' mental health also needs to be taken care of. She lost her cousin Ritika few days back. Ritika allegedly committed suicide after losing the final of a tournament in Bharatpur. 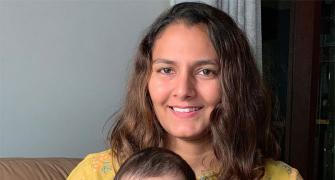 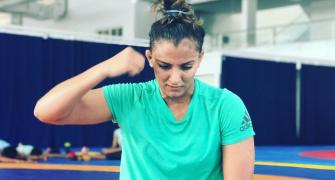 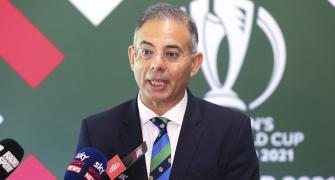 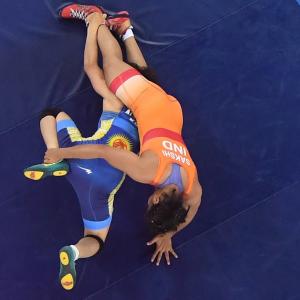 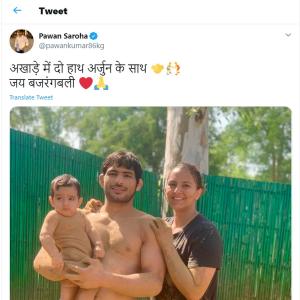