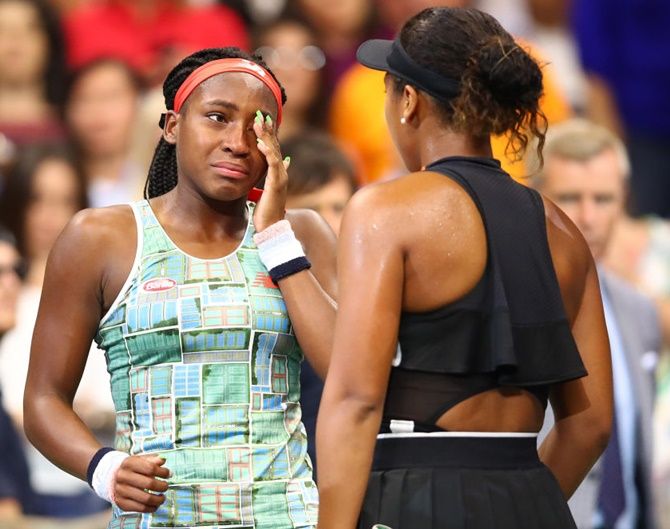 Cori 'Coco' Gauff's US Open came to an abrupt end under the bright lights of Arthur Ashe Stadium on Saturday but the 15-year-old said she would leave New York a better player after falling to world number one Naomi Osaka.

Backed by lively support from the packed home crowd, the young American was clearly overmatched against the defending champion, who needed just over an hour to book her ticket to the fourth round.

Osaka, 21, showed impressive sportsmanship by giving Gauff the opportunity to thank her fans in the post-match interview on the showcase court.

"She's the number one player in the world right now, so I know what I need to do to get to that level."

"After the match, I think she just proved that she's a true athlete. For me, the definition of an athlete is someone who on the court treats you like your worst enemy but off the court can be your best friend."

"I think that's what she did tonight," added Gauff, who trained at the same Florida tennis centre as Osaka when they were younger. 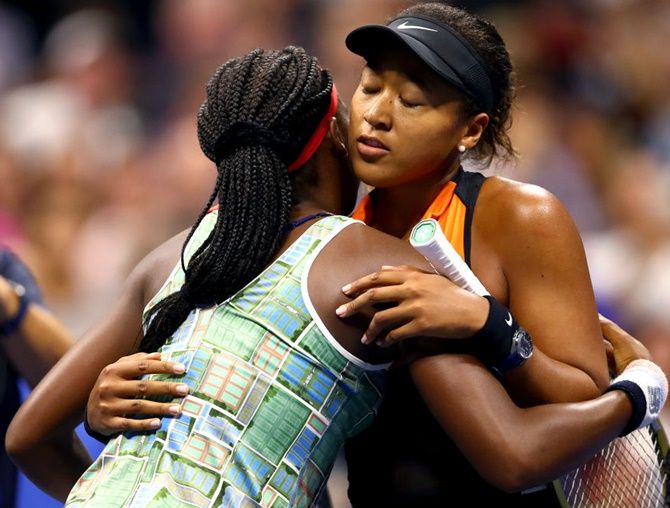 Osaka said she had the idea to invite Gauff into the interview when they were shaking hands at the net.

"The thing that people don't see is that we go into the locker room and just cry and do press after," she said.

"I thought it would be nice if she addressed the people who came and obviously cheered so hard for her."

"She's had an incredible week so I thought I'd just make a positive statement out of it."

While she was full of compassion after the match Osaka was all business on the court, avoiding Gauff's dangerous backhand and taking advantage of her shaky serving on a warm night in Flushing Meadows.

Osaka predicted Gauff would become a threat to the game's top players when she builds some more power.

Gauff took the tennis world by storm at Wimbledon this year where she reached the fourth round and was given a wildcard to play at Flushing Meadows.

After a memorable battle in the second round with Tina Babos on Thursday Gauff was unable to make much inroads against Osaka's powerful serve, converting two of five break point opportunities and issuing seven double faults.

Gauff's US Open is not quite over, as she will team up with Catherine McNally to take on Kveta Peschke and Nicole Melichar in the second round of the women's doubles on Sunday.

For Osaka, a meeting with 13th seed Belinda Bencic awaits.