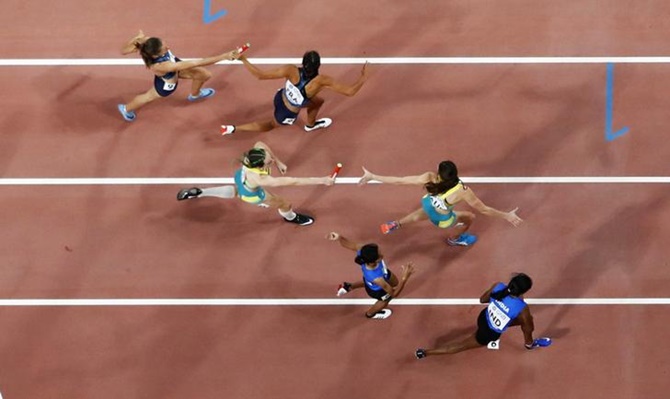 The Athletics Federation of India cancelled the Indian Grand Prix hours before it was to begin, paying heed to the government's directive to avoid conducting competitions till April 15 because of the COVID-19 pandemic.

The event was scheduled to be held at NIS Patiala on Friday. Next month's Federation Cup National Senior Championships (April 10-13), a qualifying event for the Tokyo Olympics, has been postponed to a later date.

The development came after hours after the Sports Ministry advised all national federations to refrain from conducting competitions and selection trials till April 15 and ensure that Olympics-bound athletes are isolated from anyone who is not a part of their training camps.

The directive has been necessitated by the COVID-19 pandemic which has wreaked havoc on sporting events across the globe.

Indian athletics's High Performance Director Volker Herrmann said the AFI will have to abide by the government's directive.

"The Indian GP at Patiala will not be held on Friday. It is unfortunate for the athletes who are trying to qualify for the Olympics but the health of Indian people is more important than sports. So, with regret we took the decision to cancel the first Indian GP on Friday. The second GP (also to be held in Patiala on March 25) has also been cancelled," Herrmann said.

"All sporting events has been suspended till April 15 and the AFI respects the government's decision in the larger interest of the country and the health and well-being of its people," the German added.

Asked about the status of the Federation Cup, scheduled for April 10-13 in Patiala, he said, "There is no other way for the AFI than respect the government's decision. Since the suspension of all sporting events remains till April 15, the Federation Cup is postponed.

"We will try to hold the Federation Cup in May or June, depending on the situation (of the COVID-19 pandemic). We cannot say now when it will be held but we have to still keep the options open as the Olympics is still on."

The first Indian Grand Prix was already a restricted event with only the national campers allowed to take part in it after the government's earlier advisory to restrict competitions to only among those who are preparing for the Olympics.

All the athletes coming from outside were to undergo medical check-up by AFI/SAI medical team at the NIS gate. The Sports Ministry had issued an advisory that all national camps, except for those where athletes are preparing for Tokyo Olympics, were to be postponed until further order in view of the COVID-19 pandemic. The ministry had asked SAI to make arrangements for the return of the trainees to their homes. 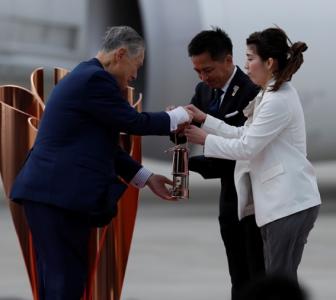 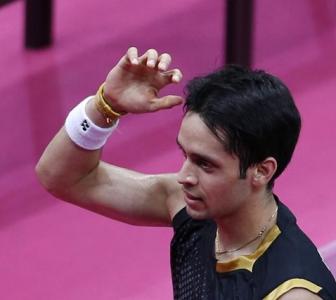