In a historic first for Indian boxing, Frenchman Stephane Cottalorda, an AIBA three-star coach, has been roped in to train the country's women pugilists for a nearly two-year term. 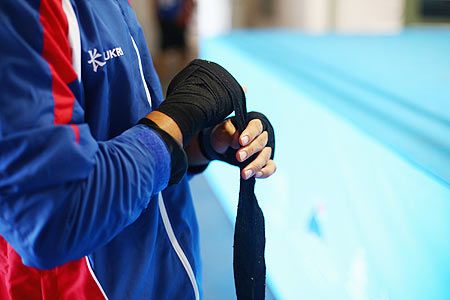 The 41-year-old, who is a member of the European Boxing Confederation's coaches commission, will be joining the boxers in the first week of June.

In addition, Italy's Raffaele Bergamasco has been roped in for the youth women boxers, while the recently-appointed men's coach Santiago Nieva has been handed a contract till December 2020.

Bergamasco, also an International Boxing Association (AIBA) three-star coach, too has been appointed till December 2020.

Cottalorda, however, has come in till December 2018 for the time being.

"The contracts of all the three coaches were finalised on Tuesday after a meeting at the Sports Authority of India. We are looking to bring about stability in the Indian coaching set-up with this," a top Boxing Federation of India official told PTI.

Besides being an experienced coach for women boxers in France, which earned him a three-star rating from the International Boxing Association, Cottalorda has also been a certified coach in the AIBA Pro-Boxing and the World Series of Boxing.

Bergamasco, on the other hand, has been a dedicated coach with the Italian boxers -- both men and women -- at the senior as well as the youth level.

This is the first time in the history of Indian boxing that three foreign coaches have been brought in at various levels to assist boxers.

Nieva, a member of the AIBA coaches commission, had joined the men's camp in April. Currently the men's chief coach position is shared by the veteran duo of Shiv Singh and SR Singh.

The long-serving Gurbax Singh Sandhu is the current women's chief coach. He welcomed the appointment.

"I welcome this move. Women boxers would be training with a foreigner for the first time and I hope it will get good results for Indian boxing," Sandhu said.

G Manoharan is the chief coach for youth male boxers.

"Once Raffaele and Stephane join in the first week of June, we would hold a meeting to discuss how the camps would function," the BFI official said.

The first big assignment for the country's women boxers would be the Asian Championships in Vietnam come November. The youth women will be competing in the World Championships to be hosted by India in Guwahati -- also in November.

The senior women boxers are currently training in the NationalBoxingAcademy in Rohtak.

Image: A boxer tapes his hand before training (Image used for representational purposes)