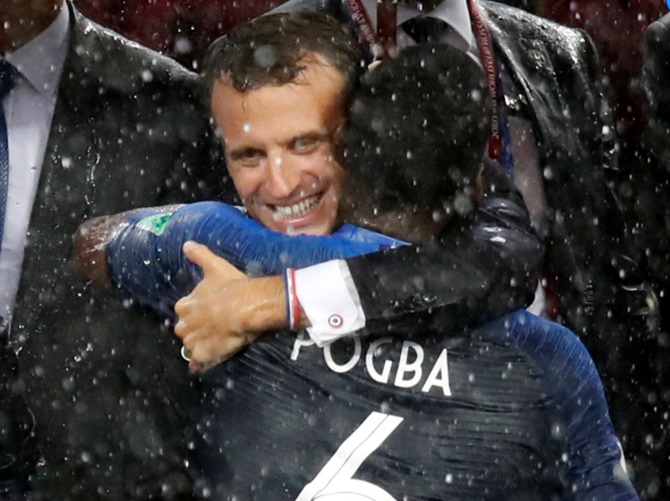 It looks like Emmanuel Macron just got lucky again.

France's thrilling 4-2 triumph over Croatia in the World Cup final on Sunday, their second World Cup after home success in 1998 that ushered in a wave of national optimism, is the sort of good-news fillip most presidents can only dream of.

After 14 months in power, Macron's poll ratings have been falling steadily, down to barely 40 percent. Despite overseeing a raft of economic and social reforms, the 40-year-old former investment banker has earned the label "president of the rich" from many left-wing critics, and the tag has stuck.

Recent controversies over spending on official crockery, a swimming pool built at a presidential retreat, and cutting remarks about the costs of welfare have reinforced the image of a leader out of touch with the people, at least in some minds. 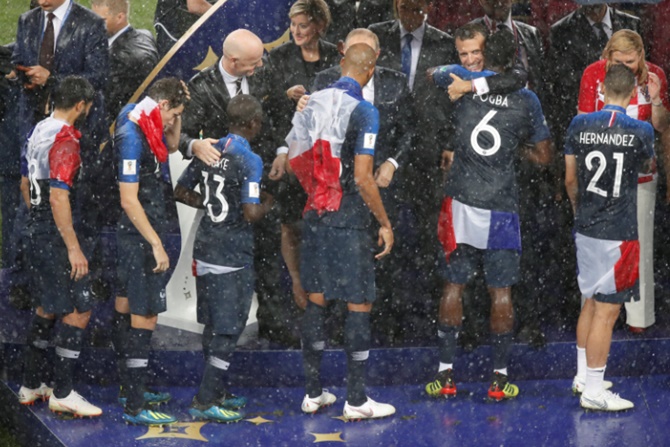 But just as he took advantage of an extraordinary series of lucky breaks during the 2017 presidential campaign, when his strongest conservative rival had to withdraw after a corruption scandal, Macron's fortunes may be about to turn upwards again.

In Moscow to watch the final with his wife Brigitte, Macron was overcome by the victory, standing on the field in the pouring rain to hug each of the players in turn at length and then kissing the World Cup trophy in delight.

In 1998, then President Jacques Chirac's popularity soared on the 'World Cup effect' - an 18-point jump in his ratings according to Ifop pollsters - helping the ageing Gaullist recover from a humiliating defeat in a 1997 snap election.

Chirac's bonhomie and enthusiastic embrace of 1990s-playmaker Zinedine Zidane's multiracial Black-Blanc-Beur (Black-White-North African) team helped him shake off a string of corruption scandals and he went on to win a second term. 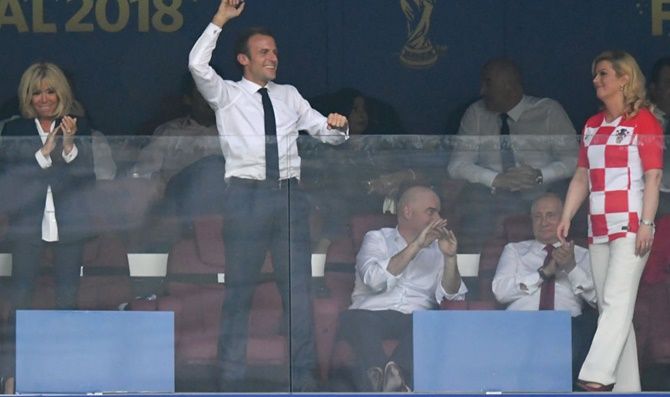 That Macron -- who is still very much in charge and not reduced to a largely ceremonial role as Chirac was under the 'cohabitation' regime with the Socialists -- could gain much more than a few points from his current low is unlikely.

But nonetheless, political pollsters say a boost of some kind is not out of the question, at home and abroad.

"It's far from a given that what happened in 1998 will be reproduced in the same way now," Gael Sliman, a pollster with Odoxa, told Reuters. "(But) one could very well see 5, 6, 10 points of popularity gains for the executive.

"It could also have a meaningful impact on French economic morale, people's confidence in the future, their optimism in general, including when it comes to consumer behaviour."

Macron's lieutenants have sought to play down any suggestion that politics and soccer are linked. They don't want the president to be accused of leveraging the World Cup, even if Macron and his wife were in Moscow to watch the final.

"We have nothing to do with it, but let's rejoice," Macron told his ministers last week, after France beat Belgium in the semi-final, according to spokesman Benjamin Griveaux.

That said, Macron can expect Sunday's euphoria to unleash a wave of renewed self-confidence and national pride, while perhaps enhancing France's reputation internationally.

For the young president, it's somewhat akin to what Napoleon Bonaparte is supposed to have said of his military commanders: never mind their skill, "give me lucky generals".

"You have to be very cautious about a political effect, but maybe there will be a moral effect that will last through the summer," Frederic Dabi of Ifop told Reuters. "I see more of an effect on the image of France abroad, it gives a cumulative effect, it reinforces the Macron chorus of 'France is back'."

Domestically, the nation could do with a 'feel-good' lift.

After years of high unemployment, economic stagnation and a string of deadly Islamist attacks since 2015, the World Cup win may help the nation feel the worst is behind it. That may also help sweeten the pill that the government is shortly to unveil, with unpopular spending cuts due after the summer.

"The second half of the year will be a bit complicated," Ludovic Subran, head of research at Allianz, told Reuters.

"Spending power is down and those French who are not entrepreneurs are complaining. Macron needed this victory."

According to Subran's research, the World Cup will boost French consumption by 0.2 percentage points this year, which in turn will give wider economic growth a 0.1 point lift.

That might be just enough to help Macron sing along to the tune of the French team's 1998 anthem: "I Will Survive".

© Copyright 2021 Reuters Limited. All rights reserved. Republication or redistribution of Reuters content, including by framing or similar means, is expressly prohibited without the prior written consent of Reuters. Reuters shall not be liable for any errors or delays in the content, or for any actions taken in reliance thereon.
Related News: Emmanuel Macron, Jacques Chirac, France, Reuters, Ludovic Subran
SHARE THIS STORYCOMMENT
Print this article 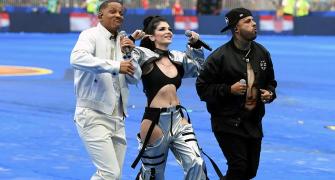 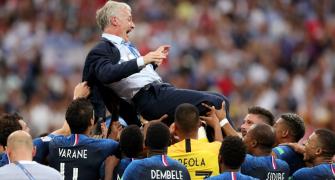 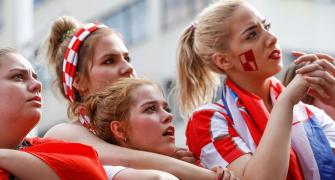 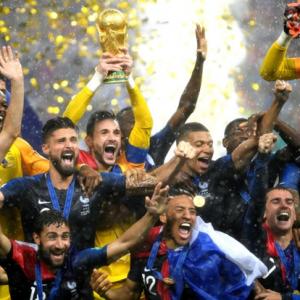 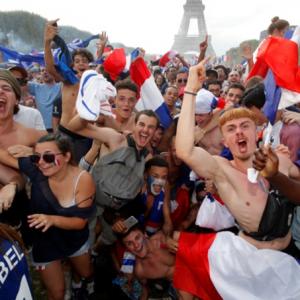