IMAGES from Day 6 of the French Open, at Roland Garros, on Friday. Claycourt master Rafael Nadal powered his way into the fourth round of his beloved French Open with a merciless 6-1, 6-4, 6-0 demolition of Italian Stefano Travaglia on Friday.

The second seed, looking to extend his record to 13 titles at Roland Garros and hoping to match Roger Federer's record of 20 men's Grand Slam singles titles, will next meet American Sebastian Korda.

"The scoreline is because I did a lot of good things, I went to the net more often, I was more aggressive," the 34-year-old said.

"I played my best match here at Roland Garros this year."

After 23 minutes, the first set was already in his bag. Travaglia had only managed six points, being completely overwhelmed by the Spaniard's power.

Travaglia played deeper early in the second set and Nadal found himself with a little challenge.

He broke for 4-3 but in the following game faced his first break point, which he saved to extend his lead to 5-3, then holding to love to move two sets up.

Travaglia's resistance cost him dearly as he collapsed in the third set, managing only eight points. 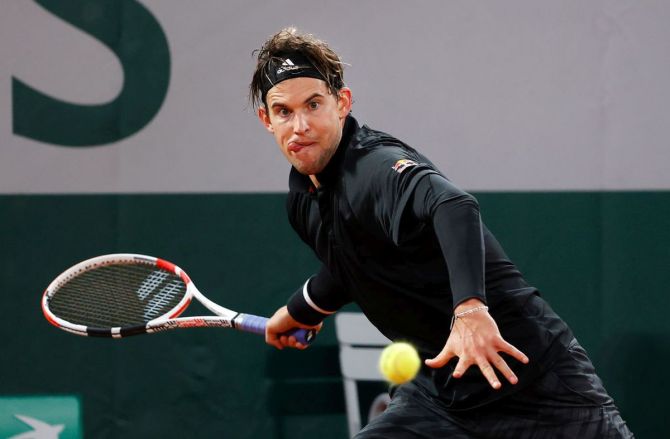 Third seed Dominic Thiem was not at his best but still had enough firepower to see off the challenge from Norway's Casper Ruud with a 6-4, 6-3, 6-1 win to march into the fourth round of the French Open on Friday.

The US Open champion, who lost to Rafael Nadal in the last two finals at Roland Garros, struggled with his serve in the opening set and faced six break-points but improved as the match progressed under the closed roof of Court Philippe Chatrier.

Facing the 21-year-old Ruud for the first time, the Austrian broke the 28th seed's serve six times and hit 32 winners to seal the match with a fifth ace on his second match-point.

Thiem, 27, will next meet the winner of the match between former French Open champion Stan Wawrinka and local hope Hugo Gaston.

Ruud arrived in Paris having reached the semi-finals in Rome and Hamburg in the lead-up to the Grand Slam and came into the third-round clash having won more tour level claycourt matches than anyone else in 2020. Bidding to become just the second Norwegian player to reach the fourth round at a Grand Slam - his father Christian reached the last 16 at the 1997 Australian Open - Ruud gave a good account of himself but it was not enough.

His highlight was a brilliant ‘tweener’ lob, hit between his legs, during the second set which landed on the baseline with Thiem scampering back from the net but unable to return.

“I’m very happy. It was a great match, I didn’t make any mistakes,” Thiem said in a courtside interview. “Casper is a really great player, very attractive to play. I think there were many good rallies. It was a good match from both of us.

“The conditions are very nice to play under the roof, no wind, so the court is perfect and everything is prepared for great matches like that.” 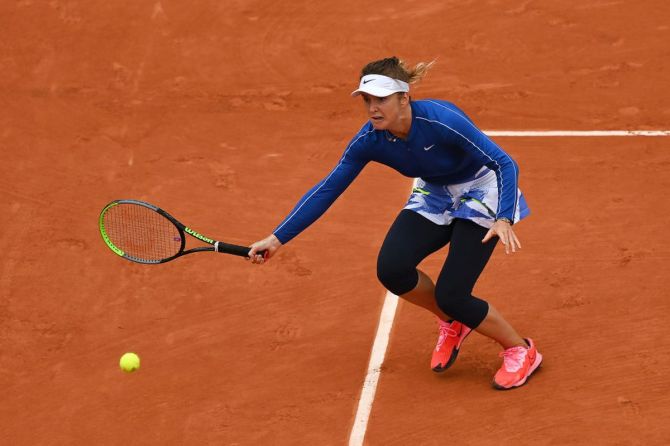 Ukrainian third seed Elina Svitolina advanced into the fourth round of the French Open with a no-nonsense 6-4, 7-5 victory against Russia's Ekaterina Alexandrova on Friday.

Svitolina, who reached the last eight twice at Roland Garros, benefited from the 27th seed's early string of unforced errors to take the better start as she set up a meeting with Belgian 16th seed Elise Mertens or France's Caroline Garcia.

"I knew it would be a difficult match, she plays flat and deep," said Svitolina.

"It was very important to stay focused on every point, dig deep, and run for every single ball."

Alexandrova peppered court Suzanne Lenglen with unforced errors early on, staying in the contest courtesy of a reliable first serve, but the Russian fell one set behind when Svitolina converted her only break point in the 10th game.

Svitolina, who geared up for the French Open by winning the title at the Strasbourg International, saved a break point at 5-5 in the second set as the rallies got longer.

Alexandrova eventually paid the price for her effort and bowed out on her service game.

A double fault earned Svitolina two match points and the Ukrainian converted the first when her opponent whacked a forehand long. 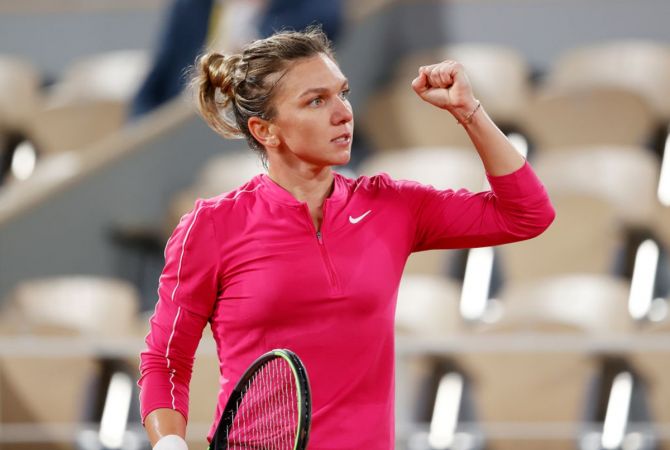 IMAGE: Romania's Simona Halep of Romania celebrates after winning a point during her third round match against Amanda Anisimova. Photograph: Clive Brunskill/Getty Images

Top seed Simona Halep extracted brutal revenge on American teenager Amanda Anisimova with a 6-0, 6-1 victory to move ominously into the fourth round.

Anisimova caused a huge upset last year when she comfortably beat Romanian Halep, then the defending champion, in the quarter-finals, but could not reproduce that form as she received a 54-minute claycourt lesson.

Halep was in typically miserly mood on Court Philippe Chatrier, making only seven unforced errors and waiting for the 19-year-old Anisimova to make mistakes, of which she made 32.

It took her only 23 minutes to win the opening set in which she made every single service return.

The 29th seeded Anisimova, who had dropped only four games in her first two matches, briefly threatened a revival at the start of the second set but Halep raced away to victory.

“I learned so many things from last year,” Halep told Eurosport. “So I just wanted to show myself that I was able to win against her. Really happy the way I played.
“Even if the ball was really heavy I played very aggressive. I think last year I stood too far back on the return but today I did well and the I think the plan was great for today.”

Halep, who decided against travelling to the US Open so that she could train on clay, will face another rising star in the next round when she plays Poland’s Iga Swiatek in a repeat of their fourth-round clash last year in which Halep dropped only one game. Unseeded Polish teenager Iga Swiatek continued her impressive progress at the French Open as she swept aside former semi-finalist Eugenie Bouchard 6-3, 6-2 to reach the last 16 for the second year running.
The 19-year-old, one of four teenagers to reach the third round, simply had too much firepower for wildcard Bouchard as she struck 30 winners on a damp and heavy Court Simonne-Mathieu.

Swiatek, whose run last year was ended by Simona Halep, has dropped only 13 games so far and spent little over three hours on court to race into the fourth round.

Bouchard, ranked 168th, reached the third round at a major for the first time since 2017, and battled hard against Swiatek but never really looked like turning it into a contest.

Swiatek broke three times in the opening set and again at the start of the second set. Canadian Bouchard did claw back to 2-2 but the last four games were one-way traffic.

Next up for Swiatek could is a re-match with Halep, who she managed only one game against last year. 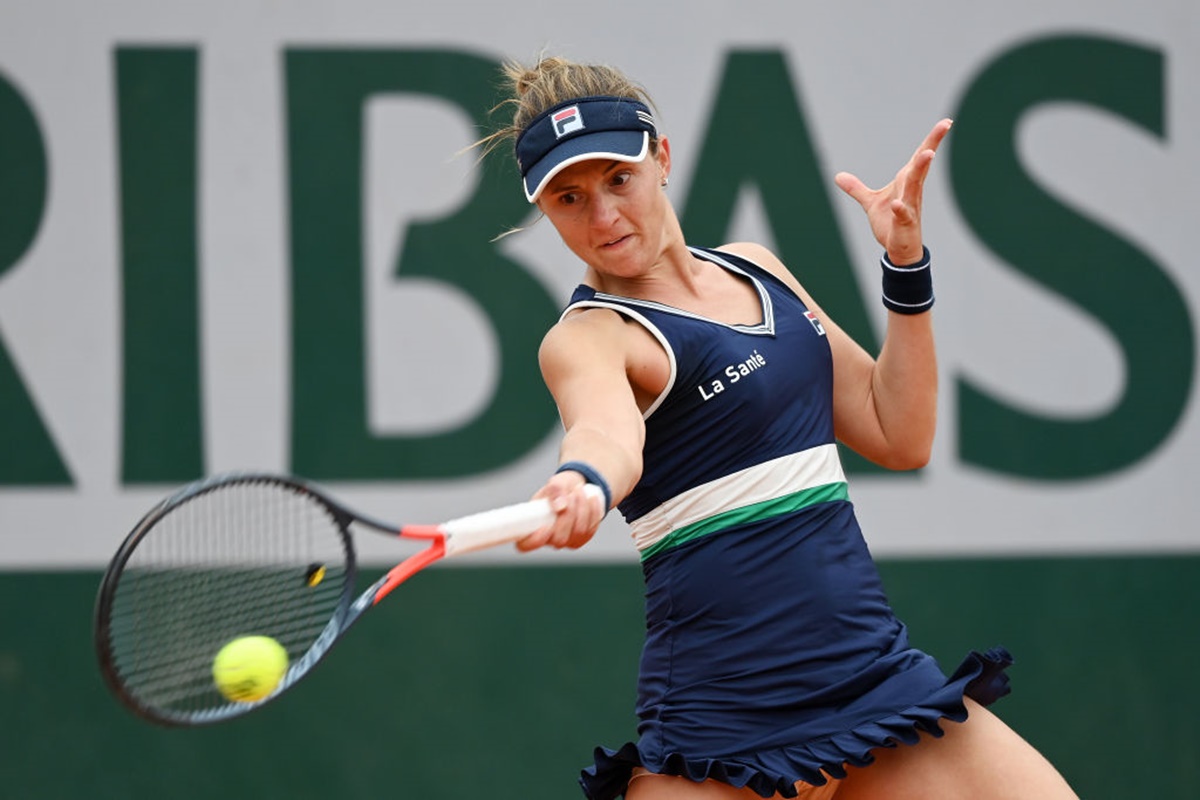 Argentine qualifier Nadia Podoroska continued her dream run at the French Open with a 6-3 6-2 defeat of Anna Karolina Schmiedlova to reach the fourth round.

The 23-year-old from Rosario, ranked 131st in the world, was in total command against Slovakia’s Schmiedlova who had taken out former world number ones Venus Williams and Victoria Azarenka.

Podoroska, whose great grand parents hailed from Ukraine, is the first woman from Argentina to reach the last 16 in Paris since Gisela Dulko in 2011.

It has been an incredible year for Podoroska who was outside the world’s top 250 in January and who is playing in the main draw of a Grand Slam for only the second time.

“I didn’t expect these results so I’m very happy,” Podoroska, who has now won six matches here including three in qualifying, told reporters.

“I had a very clear strategy today. The first few games were very hard physically but I stayed there. After the first set I was very solid and stayed with my plan.”

After years grinding out a meagre living on the lower-tier ITF circuit, she has guaranteed herself 189,000 euros for reaching the fourth round, by far her biggest pay day.

“It’s a relief, now I can relax a little, I’ve been suffering a bit the last year,” she said. Garcia, who has never quite delivered on her early career promise, was roared on by several hundred fans as she finally claimed victory on her sixth match point.

With play suspended by heavy rain on other courts, the focus was on centre where the largest and noisiest crowd so far at the rescheduled event were treated to an absorbing scrap.

It was a nail-biting climax to a contest that was horribly one-sided in the first set when Garcia could not contain the errors and Mertens looked set to dampen French hopes.

But Garcia rediscovered her form after breaking early in the second with a stunning drop shot and although a poor volley at 4-3 allowed Mertens back in, Garcia broke immediately.

Garcia sealed the second set with a love service game and carried the momentum into the third as she moved ahead 5-3.

Then things got really tense.

Three match points went begging as she served at 5-4 and Mertens seized the chance to break back but Garcia, 26, produced a sensational game to break again for a 6-5 lead.

Getting over the finishing line was proving a mental trial for her and the fans and she framed a forehand wildly on her fourth match point and then double-faulted on a fifth.

An ace brought her a sixth opportunity though and Mertens cracked as she sent a backhand just long.

Garcia was one of three Frenchwomen to reach the third round and will now face Ukrainian third seed Elina Svitolina for a chance to equal her 2017 run to the quarter-finals here, which was also her best showing in a Grand Slam.

Mertens’s exit continued the fall of seeds at this year’s tournament. Only 13 of the top 32 seeds survived until the third round, the lowest at a Grand Slam since the introduction of 32 seeds at Wimbledon in 2001.

© Copyright 2022 Reuters Limited. All rights reserved. Republication or redistribution of Reuters content, including by framing or similar means, is expressly prohibited without the prior written consent of Reuters. Reuters shall not be liable for any errors or delays in the content, or for any actions taken in reliance thereon.
Related News: Elina Svitolina, Ekaterina Alexandrova, Roland Garros, Casper Ruud, Getty Images
COMMENT
Print this article 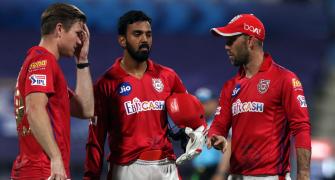 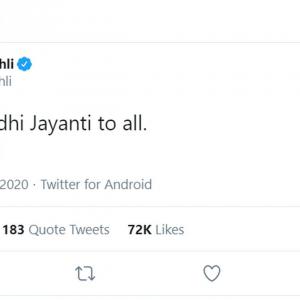