Murray vs Kohlschreiber match suspended due to bad light

Wimbledon champion Andy Murray was locked in a fifth-set fight to the finish against Philipp Kohlschreiber of Germany in the third round of the French Open on Saturday when play was suspended because of bad light. 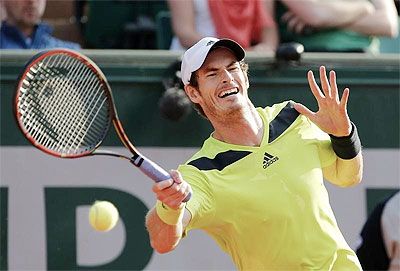 Kohlschreiber won his last service game, as the sun dipped below the Paris horizon, to leave the fifth set at 7-7. The match will be finished on Sunday on the same Suzanne Lenglen court.

After losing the first set, the British seventh seed appeared to be cruising to victory in the fourth when he led 4-2. But suddenly Murray’s touch deserted him and the German took full advantage to force the match into a pulsating fifth set.

The winner will play either Richard Gasquet of France, the 12th seed, or 24th seed Fernando Verdasco of Spain. Their match was also suspended late on Saturday with Verdasco having won the first two sets.

Image: Andy Murray of Britain returns a forehand to Philipp Kohlschreiber of Germany during their men's singles match at the French Open tennis tournament at the Roland Garros stadium in Paris on Saturday

© Copyright 2021 Reuters Limited. All rights reserved. Republication or redistribution of Reuters content, including by framing or similar means, is expressly prohibited without the prior written consent of Reuters. Reuters shall not be liable for any errors or delays in the content, or for any actions taken in reliance thereon.
Related News: Philipp Kohlschreiber, Andy Murray, Fernando Verdasco, Suzanne Lenglen, Richard Gasquet
SHARE THIS STORYCOMMENT
Print this article 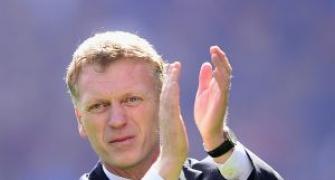 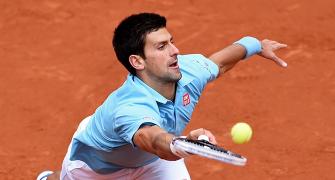 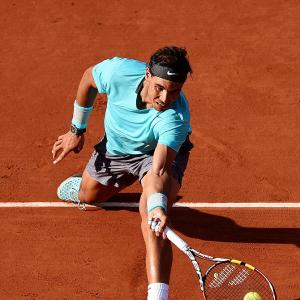