'There have been a lot of orders for Mbappe and Kante shirts.' 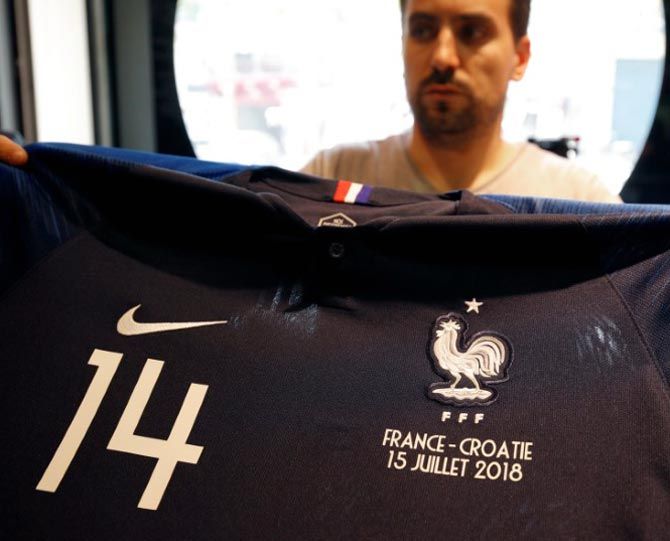 Football fever has gripped the French capital and sales of the national team's soccer shirts are surging ahead of France's World Cup final against Croatia on Sunday.

Fans thronged stores on the Avenue des Champs-Elysees and the capital's Republique area to buy replica shirts bearing the names of the team's stars, such as teenage sensation Kylian Mbappe and N'Golo Kante.

"We've had loads of orders for shirts and we've practically sold them all already," said a manager at the NSH Football store in Paris. "There have been a lot of orders for Mbappe and Kante shirts."

The dark-blue shirts of "Les Bleus" could be seen in the city's bars and cafes as Paris prepared for a bumper weekend with the July 14 Bastille Day holiday followed by the final, in which France is viewed as the favourite.