I'm the little man who can, says Croatia's Modric 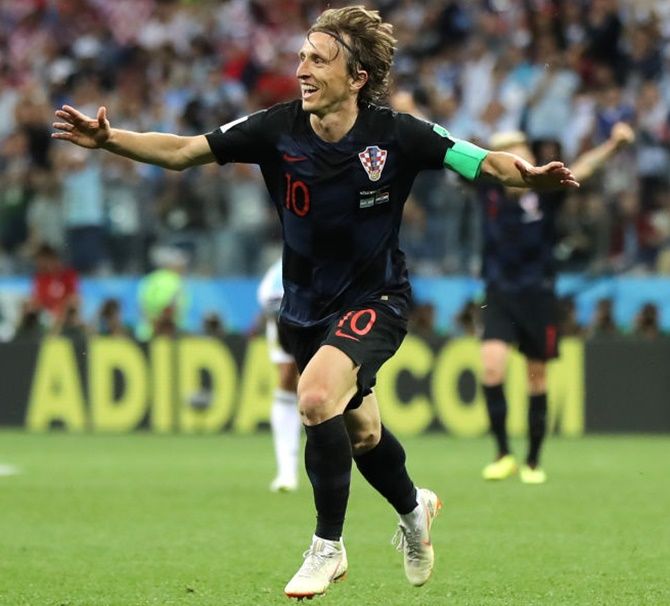 Croatia captain Luka Modric says determination and self-belief were always more important than physical stature in football and that will be as true in Sunday's World Cup final as in any other match.

At 1.72 metres (5ft 8in) and 66kg (146 lbs), the Croatia playmaker can cut a diminutive figure on the pitch but he has few rivals when it comes to skill, game-management and stamina.

On Sunday, the winner of four Champions League titles with Real Madrid will play the biggest match of his life against France and size will be the last thing on his mind.

"I've always ignored such talk," he told reporters on the eve of his nation's first World Cup final.

"I have never doubted myself even if others did, I always believed I could get to where I am today and thank God this came true."

France will be clear favourites to win a second World Cup at the Luzhniki Stadium and Croatia will be relying on the resilience that got them through three lots of extra time and two penalty shootouts in their knockout matches.

Many of this generation of Croatian players grew up during the war following the break-up of Yugoslavia, however, and that have given them a mental toughness.

"I’ve seen a great deal of hardship in my life," added Modric, who lived in refugee hostels for several years as a child.

"The most important thing is to never give up, never give in to circumstances, believe yourself and to soldier on no matter what's in your way."

"There are ups and downs but whatever happens, you have to trust and believe in yourself."

"Fight for your dreams and success. This is what has always guided me."

Despite all the talent in their ranks, Croatia's place at the World Cup was in jeopardy as late as last October when Zlatko Dalic took over and Modric paid tribute to the impact the coach has had on the team.

"We are in the World Cup final, that was the influence of the coach," the 32-year-old said.

"He came into the picture at a very difficult moment ... In the first game, he talked us up to give us self-belief and told us we were still good players despite this crisis."

"He brought us calmness, he perked us up and what we most like is his sincerity and his attitude towards each and every player. We like having him around, he's shown his influence, not just as a coach but more importantly as a human being."