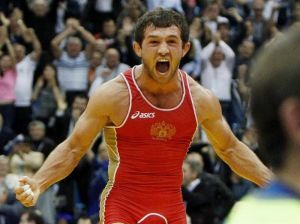 Russian freestyle wrestler Besik Kudukhov has died at the age of 27 following a car accident on Sunday, the domestic federation said.

"The tragedy occurred on the federal highway near Armavir as the wrestler was travelling from Vladikavkaz to Krasnodar," the Russian wrestling federation said in a statement, adding that Kudukhov's car collided with a truck.

"Besik Kudukhov will remain forever in our hearts."

Kudukhov was one of the most successful Russian wrestlers in recent years, winning four world titles and two Olympic medals - a bronze at the 2008 Games in Beijing and a silver at the 2012 Games in London. He also won one European championship title.

Kudukhov was due to be one of the torchbearers on the Sochi Winter Olympics torch relay in Krasnodar on February 4, three days before the opening ceremony.