Formula One teams say they will race in Russia, despite the crisis in Ukraine and downing of a Malaysian airliner, unless the country's debut Grand Prix in October is called off or they are ordered not to go.

"Obviously what's going on in Russia and that part of the world is of huge concern to everybody," Williams deputy team principal Claire Williams told a news conference at the Hungarian Grand Prix on Friday. 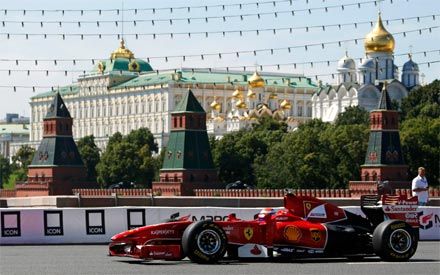 "But we've always said that as a sport we try and disengage from taking a political angle on these things.

"The FIA [International Automobile Federation] is the governing body of our sport and they issue a calendar and we have to take our direction from them. At the moment the race is still on the calendar."

Monisha Kaltenborn, principal of the Swiss-based Sauber team who have Russian partners and have committed to training up Russian reserve driver Sergey Sirotkin, agrees.

"We have to rely on the governing body and the commercial rights holder. They are the ones who have the responsibility and we will do as they say like we’ve done in the past," said the Indian-born boss.

The European Union has threatened to impose harsher economic sanctions on Russia after 298 people were killed when Malaysian Airlines flight MH17 crashed near Donetsk on July 17.

Many of those on board were Dutch citizens.

Western states have blamed pro-Russian separatists in eastern Ukraine for downing the passenger plane and some politicians have called for the Formula One race to be cancelled.

Malaysian state oil company Petronas is the title sponsor of the championship-leading Mercedes team while Williams have Dutch human resources multi-national Randstad as a backer.

Marussia are Formula One's only Russian-registered team while Toro Rosso's Daniil Kvyat is the country's only driver on the starting grid.

Formula One's commercial supremo Bernie Ecclestone, who has resisted similar pressure in the past to cancel the Bahrain Grand Prix over human rights concerns, has said the contract with Russia will not be broken.

"[Russian president Vladimir] Putin personally has been very supportive and very helpful and we will do the same," British media quoted the 83-year-old as saying this week.

World soccer's ruling body FIFA has also said it is committed to the 2018 World Cup in Russia, saying in a statement that any boycott would not be an effective way of reducing tensions in the region.

Formula One teams who have entered the championship are contractually bound to compete in every race, with 19 scheduled this year, and risk exclusion and heavy fines if they do not.

Christian Horner, principal of champions Red Bull and close to Ecclestone, reacted tetchily when facing further questions about the human rights records of some of the countries visited by Formula One.

China and Bahrain are long-standing races on the calendar while Azerbaijan announced on Friday that it would be hosting a 'Grand Prix of Europe' in Baku in 2016.

"Look, there is a calendar that comes out in October and November and we all have a choice whether we enter the world championship or not," Horner replied.

"When we sign up for that championship we put our faith and trust in the promoter and the FIA and we will attend those races unless they deem it unnecessary for us to be there."

Rights groups accuse the authorities in the former Soviet republic of muzzling dissent and jailing opponents, charges the government denies.

Horner criticised reporters for what he said is "becoming a very depressing press conference where we're focused on the negativities" and said it is wrong to make Formula One a political subject.

"We are a sport, we should be talking about the drivers in these conferences, about the spectacular racing between our drivers," he added.

"If you've got these questions then please point them at Mr Todt [the FIA president] or Mr Ecclestone rather than the teams."

Image: Marc Gene drives the Ferrari Formula One car along an embankment of the Moskva River during the Moscow City Racing event, with the Kremlin towers seen in the background, in Moscow on, July 12, 2014.

© Copyright 2021 Reuters Limited. All rights reserved. Republication or redistribution of Reuters content, including by framing or similar means, is expressly prohibited without the prior written consent of Reuters. Reuters shall not be liable for any errors or delays in the content, or for any actions taken in reliance thereon.
Related News: FIA, Claire Williams, Horner, Russia, Bernie Ecclestone
COMMENT
Print this article 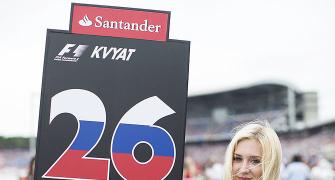 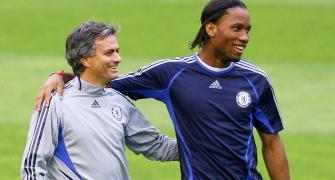 F1: Why does success-hungry Hamilton want to visit India? 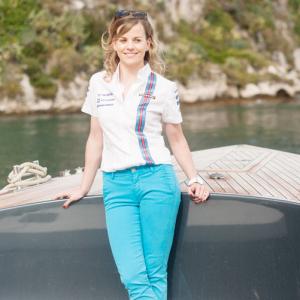 Wolff vrooms in to F1 practice, first woman in over 20 years to do so