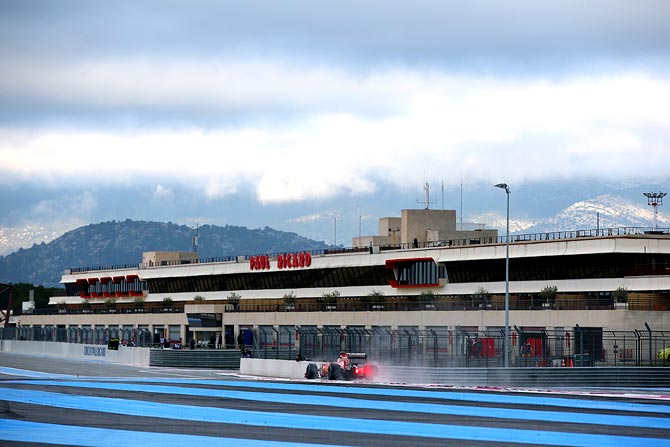 The French Formula One Grand Prix will return in 2018 after a 10-year absence with the race scheduled to take place at the Circuit Paul Ricard in southern France, regional politician Christian Estrosi said on Monday.

"We and those who are with me are very proud... it's a great victory," Estrosi told reporters.

Named after the local pastis alcohol magnate who financed it, and also known as Le Castellet, the track last hosted a Grand Prix in 1990. The country's most recent Formula One race was at Magny-Cours, in central France, in 2008.

France hosted the first recognised Grand Prix near Le Mans in 1906, and was also part of the first World championship season in 1950 with a race at Reims.

The five-year deal was agreed with the Provence-Alpes-Cote d'Azur (PACA) region in association with the city of Toulon, department of Var and the French motorsport association (FFSA).

PACA president Estrosi, an ex-mayor of Nice and a former car and motorcycle racer who finished fourth in the 1978 French 500cc Grand Prix at Nogaro, said the event is likely to happen in the European summer.

He declined to say how much it has cost to bring back motor racing's elite competition, but said the contract is in the normal price range for a Grand Prix in Europe.

"Losing the Grand Prix left a real scar on the country," Estrosi said.

Germany has been axed from the 2017 calendar for financial reasons, despite the country having World champions in dominant Mercedes, but Hockenheim still has a contract to host the loss-making race in 2018.

Le Castellet, which features the long Mistral straight, has been fully renovated and is now owned by Formula One supremo Bernie Ecclestone's family trust.

The Briton told Reuters last week that the trust was not involved in the race and would be leasing the facility to "the people that are going to be the promoters."

France currently has two drivers on the starting grid, Romain Grosjean and Esteban Ocon, while French manufacturer Renault has its own team and provides engines to former champions Red Bull and Toro Rosso.

The showcase Monaco Grand Prix, a few hours' drive from Le Castellet, has been a fixture on the calendar since 1950 and the closest thing to a home race for French drivers in recent years.