Paul di Resta retired in the first lap for the first time in his F1 career and Adrian Sutil finished 16th at the Italian Grand Prix in Monza on Sunday as Sahara Force India returned without points for the fourth time in the season.

The result meant that Force India remained on 61 points in the sixth place and McLaren, courtesy their one point from the race, have marginally increased their lead over the Indian side to five in the constructors' championship. The second half of the season has been quite tough for Force India as it is third time in the last four races that they have returned without points.

Defending champion Sebastian Vettel claimed his sixth victory of the season. Fernando Alonso was second in his Ferrari and Mark Webber third in the second Red Bull.

Di Resta locked up his front left tyre in the first corner and hit the Lotus of Romain Grosjean from the back.

A lot happened in corner one of the opening lap as Kimi Raikkonen also hit Sergio Perez, which forced the McLaren to cut the corner. Raikkonen headed into the pits to change the front wing and consequently pushed back to last place -- 21st.

"Shame about losing Paul so early in the race. Some contact at the second chicane for him," Force India stated on Twitter.

Sutil moved to 13th from 17th on the grid but had a daunting task of passing Grosjean, Hamilton and Jenson Button to enter the top-10.

Alonso made a heart-stopping move in lap three to pass Mark Webber for the third place and then left behind his Ferrari teammate Felipe Massa in lap eight to get behind race leader Sebastian Vettel, who had created a comfortable lead of 5.2 seconds.

Hamilton, who was on hard tyres, faced stiff challenge from Button, who began with faster mediums. Button finally succeeded in passing his former McLaren teamate for 10th place.

Sutil meanwhile moved to 10th when Button pitted from ninth in lap 23. His position changed frequently in the 53-lap race after that.

Raikkonen put a lot of pressure on him when Sutil was 11th. On the straights Force India's speed was not that good and soon the German was passed first by Raikkonen and then Hamilton to settle for 16th position. 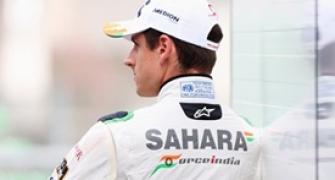 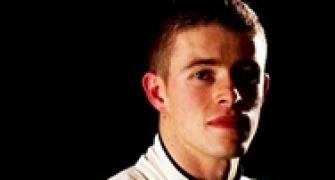 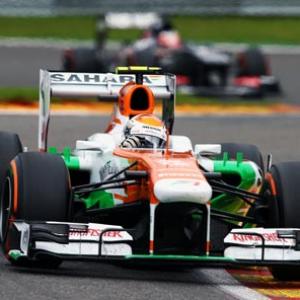 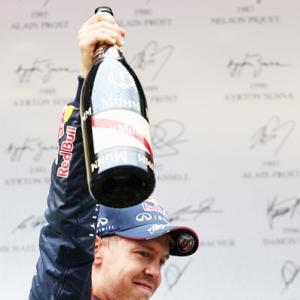