Istanbul will not host a Formula One Grand Prix in 2012 due to a disagreement between Turkish officials and F1 commercial supremo Bernie Ecclestone over payments to stage the race, Turkish media reported on Friday.

The Hurriyet daily quoted Murat Yalcintas, head of the Istanbul Chamber of Commerce which backs the race in Turkey, as saying the government rejected a bid by Ecclestone to raise the payment to stage the race to $26 million from $13 million.

"Formula One says goodbye to Istanbul," said a headline in the Haberturk newspaper.

"It looks like the Formula One race will not be held in Istanbul next year," he said, referring to the bid to double the fee.

"Because it found this figure very high it looks like it (finance ministry) will not make the payment. That is the reason the race is not happening," he added.

Ecclestone said last May Turkey could expect to stay on the Formula One calendar long-term despite attracting poor crowds at the circuit near Istanbul's second airport on the Asian side of the Bosphorus strait.

The current contract runs out this year.

This year's Istanbul Grand Prix is scheduled for May 8.

© Copyright 2021 Reuters Limited. All rights reserved. Republication or redistribution of Reuters content, including by framing or similar means, is expressly prohibited without the prior written consent of Reuters. Reuters shall not be liable for any errors or delays in the content, or for any actions taken in reliance thereon.
Related News: Istanbul Chamber of Commerce, Bernie Ecclestone, Murat Yalcintas, Turkey, Turkish
SHARE THIS STORYCOMMENT
Print this article
British Grand Prix could skip a year 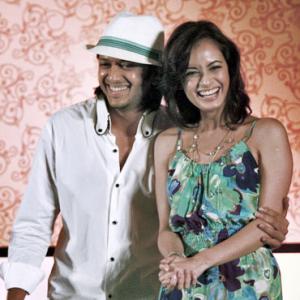