Former France and Real Madrid great Kopa passes away at 85 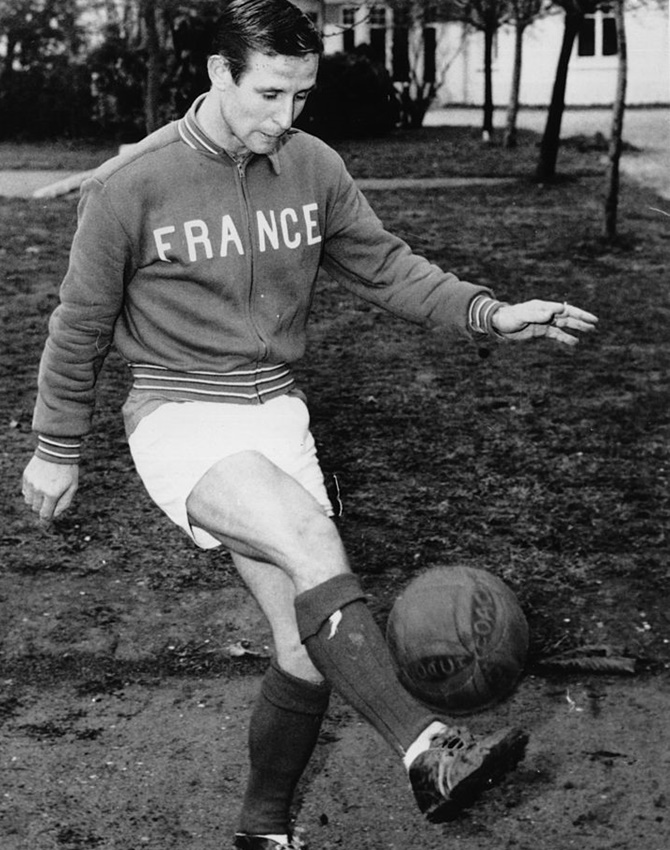 IMAGE:  Raymond Kopa was one of France's most admired sportsmen. Photograph: Keystone/Getty Images

Former France soccer great Raymond Kopa, who won three European Cups with Real Madrid in the 1950s, died at the age of 85 on Friday.

"Raymond Kopa was a legend of French football... and was one of France's most admired sportsmen," French president Francois Hollande said in a statement.

A crafty advanced playmaker, Kopa guided France to third place at the 1958 World Cup won by Pele's Brazil, and was named the tournament's best player.

"It is a terrible loss, he is a legend," French football federation president Noel Le Graet said in a statement.

Kopa was one of four French players, with Michel Platini, Zinedine Zidane and Jean-Pierre Papin, to have won the Ballon d'Or, football's top individual award.

Born in northern France in a family of Polish immigrants, Kopa won three consecutive European Cups with Real Madrid from 1957.

A pit boy in the coal mines of Noeux les Mines, he lost a finger in a mining accident before starting his football career at Angers at 17.

© Copyright 2020 Reuters Limited. All rights reserved. Republication or redistribution of Reuters content, including by framing or similar means, is expressly prohibited without the prior written consent of Reuters. Reuters shall not be liable for any errors or delays in the content, or for any actions taken in reliance thereon.
Related News: Raymond Kopa, Real Madrid, France, Alfredo Di Stefano, Noel Le Graet
SHARE THIS STORYCOMMENT
Print this article