Three World Cups and European Championships! Stints with FC Barcelona, Chelsea, Zenit St. Petersburg, and Manchester City! This is precisely what renowned football fitness coach Raymond Verheijen brings to the table in his maiden arrival to India for a two-day conditioning conference for football coaches' in New Delhi from February 12 to 14.

The author of two books on Conditioning and Periodisation, 'Conditioning in Soccer' and 'Periodisation in Football', the 41-year old Dutchman has worked with some of the best tacticians in the business like Guus Hiddink, Dick Advocaat and Frank Rijkaard, tasting success at both international and club level.

Apart from being the deputy to Rijkaard for the European Championships 2000 in Belgium/Holland, where the Dutch reached the semi-final, losing to Italy in the tie-breaker, Verheijen was also an integral part of the famous South Korean sojourn under Guus Hiddink, when the unfancied co-hosts upset Germany and Italy to reach the semi-finals of the 2002 World Cup. 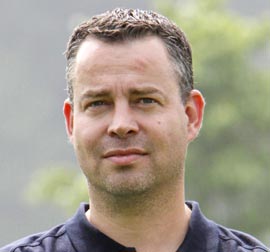 As an Advisor of Periodisation, Verheijen has worked with some of the best as far as club football in concerned. Starting with arguably the best club in the World, FC Barcelona in 2003-2006 under Rijkaard, Verheijen also went on to help the Didier Drogbas and the Frank Lampards chalk out their Yearly Training Plan (YTP) -- the mainstay of Periodisation. This was in 2009, when the current Champions League holders won the prestigious FA Cup under Hiddink.

With Russian heavyweights Zenit St. Petersburg too, Verheijen tasted considerable success winning by not only becoming champions of Russia in 2007, but also the UEFA Cup and also the resultant Super Cup.

Manchester City (2009) and KRC Genk (2010-11) were the other clubs he has been associated with. Verheijen was also Advisor of Individual Periodisation of Wales and former Manchester City star Craig Bellamy in the period of 2010-11.

Verheijen reinstated his partnership with Hiddink for Euro 2008 as the assistant manager of Russia. The phrase was an important one for Verheijen. Chronicling his second book, 'Periodisation in Football' in the same year, Verheijen followed it up with the Dutch Football Academy as the Founder and Director in 2009. He bettered it with the World Football Academy (WFA) two years later in the same capacity. Hiddink happened to be the Ambassador in WFA.

In 2011, he along with Gary Speed was responsible for making Wales FIFA's most improved Team in that year, an achievement that was showered with lot of praise. Verheijen was also the assistant coach of the Dutch Women's team in Euro 2009, helping them reach the semis of the competition.

Verheijen is currently the assistant manager of the Armenian National Team.

Raymond will be conducting his course at the FICCI Auditorium and there will be both theoretical and practical sessions. Coaches from I-League Clubs, private Academies and all AIFF contracted coaches would be attending the same. 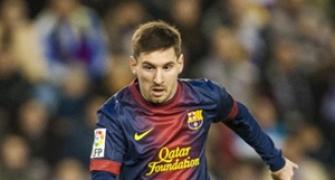 Barca end the year on a high as Real lose Photos: Giggs taking nothing for granted 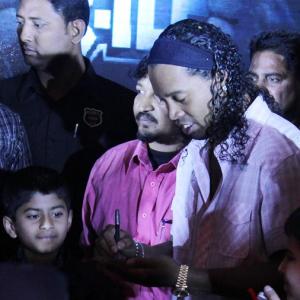 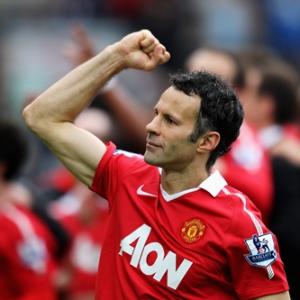