Football's back! All you need to know post COVID-19

All you must know about soccer's return to action after coronavirus

Professional soccer leagues around Europe are gearing up for a return to action following the novel coronavirus stoppage, but some are more advanced than others. Here is a roundup of the state of play: 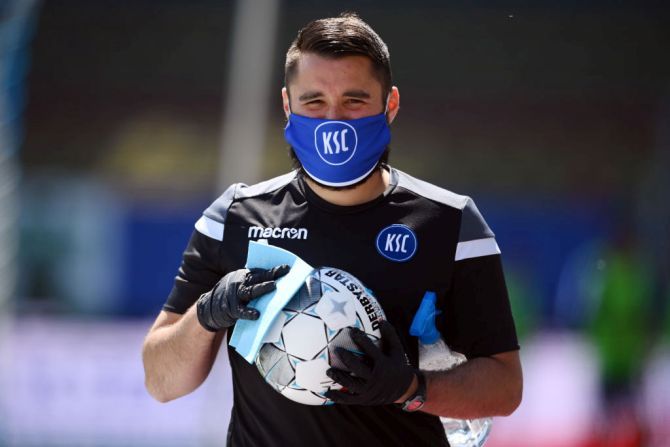 The Bundesliga restarted on May 16 with games played without fans and with a strict health protocol in place.

The German Cup semi-finals will be played on June 9 and 10, with the final scheduled for July 4.

The Premier League season will restart on June 17 with games between Aston Villa and Sheffield United, and Manchester City and Arsenal.

La Liga will resume on June 11 with the local derby between Sevilla and Real Betis, the government’s department for sport (CSD) has said.

Italy’s sports minister Vincenzo Spadafora said the country’s top-flight league has been given the go-ahead to restart on June 20.

The resumption of the league will be preceded by Italian Cup semi-final and final matches from June 12-17.

The season was called off by the government and Paris St Germain crowned champions.

Olympique Lyonnais said they would claim damages after they were denied a European spot. Relegated Amiens and Toulouse also threatened to initiate legal action.

Armenian Premier League resumed on May 23.

The Austrian Bundesliga resumed on June 2 with matches played every three days.

The Austrian Cup final was played on May 29 with Red Bull Salzburg beating Austria Lustenau 5-0.

Belarus was the only country in Europe playing soccer amid the coronavirus pandemic.

Belgium was the first country to cancel the rest of its season. Club Brugge were formally declared champions on May 15.

Runners-up Gent will compete in the preliminary rounds of the 2020-21 Champions League while Sporting Charleroi, Royal Antwerp and Standard Liege all qualify for the Europa League.

The Bosnian Football Association hopes to resume the country’s 12-team first division no later than June 13.

Bulgaria’s top division resumed on June 5 without spectators in a shortened format and will end on July 11, the country’s football union said.

The Bulgarian Cup final will take place on July 4, and the following campaign will start on July 25, three days after the domestic Super Cup.

The remainder of the second division season has been cancelled, with leaders CSKA 1948 declared champions.

Croatia’s domestic season resumed with cup ties on May 30 followed by league action on June 5.

The top two leagues in the Czech Republic resumed on May 23. The plan is for two games to be played per week and the season to be completed by July 18.

Teplice beat Slovan Liberec 2-0 in a match that included pre-kickoff temperature checks and other protective measures.

Cyprus’ soccer federation has called off the season after its set of health protocols were rejected by medical experts. There will be no relegation and the top-flight league will have 14 teams next season.

Denmark’s Superliga resumed on May 28 with third-placed Aarhus and Randers playing out a 1-1 draw in an empty stadium but with spectators watching on from “virtual grandstands” of screens via video-conferencing tool Zoom.

Top-flight action in Estonia resumed from May 19 without spectators in a shortened format. Up to 1,000 fans will be allowed to attend matches from July 1.

Having avoided the worst of the pandemic, the modest Faroe Islands league resumed on May 9 with games played in empty stadiums.

Teams have been given permission to train again, although the Finnish FA has been criticised for some of its safety guidelines, which have been described as “hazy” by one club director.

The top-flight Veikkausliiga hopes to resume its season on July 1 pending government approval.

Teams were given permission to return to full outdoor training from May 18 and the country’s government gave the green light for the season to resume from June 6 but the match between Xanthi and Atromitos was postponed as a precaution.

The season restarted on May 23 with two cup ties and a league game.

Leaders Ferencvaros beat Debrecen 2-1 in the league game played without supporters, although 5,000 cardboard cutouts of fans were placed in the seats and piped crowd noise also spiced up the atmosphere.

The four teams from Ireland’s top-flight league that have qualified for European competition can return to collective training on June 8. They will compete in a four-team tournament as part of a pilot programme for soccer’s return.

Top-flight soccer resumed on May 30, but fans are not allowed into stadiums.

Clubs were allowed to resume outdoor training from May 4 and matches are set to resume on June 14 if the situation is favourable. There will be fewer matches so that the season can end on schedule.

The 12-team top division was suspended in mid-March and resumed on June 5.

Clubs have been training in small groups without contact since mid-May and the top flight Virsliga resumes on June 14.

The top flight season resumed on May 30.

Season abandoned with no champions or relegated teams. The top four teams at the time of the suspension qualify for Champions League/Europe League. Next season will be transitional with 16 teams in the top flight instead of 14.

Malta’s FA cancelled the remainder of the top-flight season on May 18 and Floriana were crowned champions.

The President of the Moldovan Football Federation, Leonid Oleinicenco, met with the Secretary of State for Youth and Sports, Ion Gheorghiu on May 12 to discuss ways of resuming the season, but no decision was made.

The season will not resume before July after the country’s government extended its state of emergency until June 30.

The league resumed on May 30 without fans.

The Dutch FA called time on their season on April 24 after the government banned public events until September.

No champion was declared, but it was decided the top five teams at the time of the suspension of the league would compete in next year’s European club competitions.

Soccer in Northern Ireland has been suspended with no indication when or if the season will resume. Premiership clubs held a meeting on May 13 to discuss the outcome of the season but no decision was taken.

The Irish Football Association has set a deadline of July 31 for the top-flight season to finish.

Teams in Norway’s top-flight league started full contact training on May 11. The season will resume on June 16.

The league restarted on May 29.

Portugal’s top-flight restarted on June 3 with all matches being played behind closed doors.

Teams were given permission to train in small groups from May 15. The top-flight season will resume from June 12.

The Russian Premier League will resume matches on June 19 and the Russian Football Union said teams will be allowed to make five substitutions per match.

Training centres and sports clubs were allowed to open only from May 31, which means there is little chance of the championship restarting.

Celtic were declared Scottish champions for a record-equalling ninth successive season while Hearts were relegated after the clubs voted on May 18 to end the Premiership season early. Hearts are considering taking legal action.

Places were decided on a points-per-game average.

The second, third and fourth tier leagues had already ended their seasons after the resolution was passed with a majority vote.

Serbia’s first and second division resumed on May 29 behind closed doors in a changed format.

Slovakia’s top-tier league will resume on June 13 in a shortened format of five rounds of championship and relegation groups if state authorities approve proposed conditions.

Slovenia’s top-flight season resumed on June 5. The Slovenian Cup semi-finals will take place on June 9-10 with the final on June 24.

The Swedish government and the country’s Public Health Agency have given permission for the top-flight season to begin on June 14.

The SFL said the top tier Super League and the second tier Challenge League will restart on June 19 and be completed by Aug. 2 with all matches behind closed doors.

The Ukraine Premier League got under way with three matches on May 30.

The Wales FA called off the remainder of the season on May 19 and Connah’s Quay Nomads were crowned champions of the Cymru Premier League.

© Copyright 2022 Reuters Limited. All rights reserved. Republication or redistribution of Reuters content, including by framing or similar means, is expressly prohibited without the prior written consent of Reuters. Reuters shall not be liable for any errors or delays in the content, or for any actions taken in reliance thereon.
Related News: IRELAND, DENMARK, ESTONIA, UKRAINE, BELARUS
COMMENT
Print this article 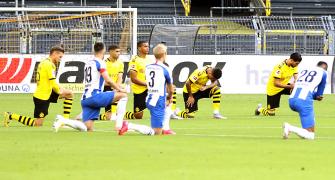 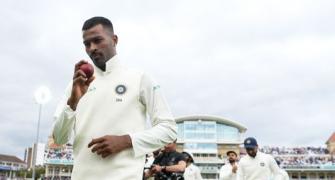 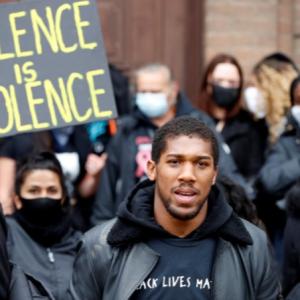