Footballers of the weekend: Suarez shines again in Europe

Luis Suarez bagged a hat-trick to lead Barcelona to a 3-0 La Liga win at Granada that allowed the Catalans to retain their league title.

Napoli sealed second spot in Italy's Serie A after Gonzalo Higuain bagged a hat-trick to break a 66-year goal-scoring record and help his side sink Frosinone. 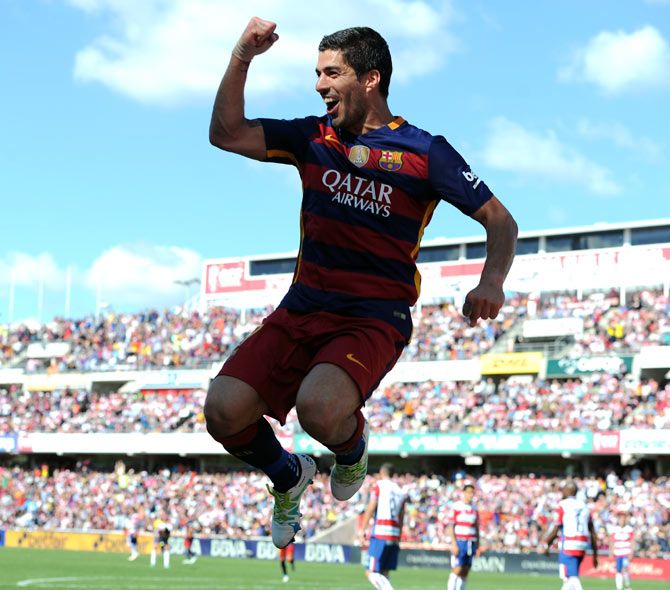 IMAGE: Luis Suarez of Barcelona celebrates scoring during the La Liga match against Granada on May 14, 2016. Photograph: Denis Doyle/Getty Images.

Suarez finished the season as La Liga's top scorer with 40 goals, breaking Cristiano Ronaldo and Lionel Messi's grip on the honour since 2009.

Barca ended with 91 points, one ahead of Real Madrid.

At the other end of the table, Sporting Gijon beat Villarreal 2-0 to prevail in a gripping three-way battle to avoid relegation as Getafe and Rayo Vallecano dropped into the second tier. They joined Levante, who had been relegated two weeks previously and finished bottom on 32 points. 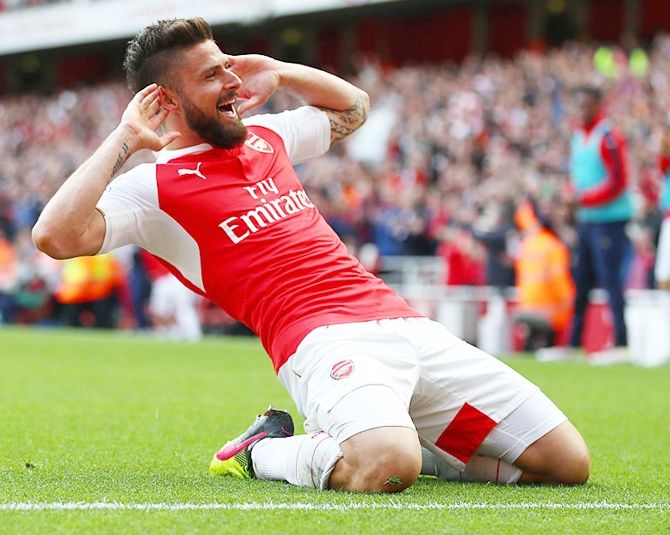 Manchester City secured fourth place in the Premier League and Arsenal leap-frogged their arch-rivals Tottenham Hotspur to finish second on the final day of the season.

Champions Leicester City drew 1-1 at Chelsea to end the campaign 10 points clear at the summit with only three league defeats all season.

The game between Manchester United and Bournemouth was abandoned after a security alert at Old Trafford. 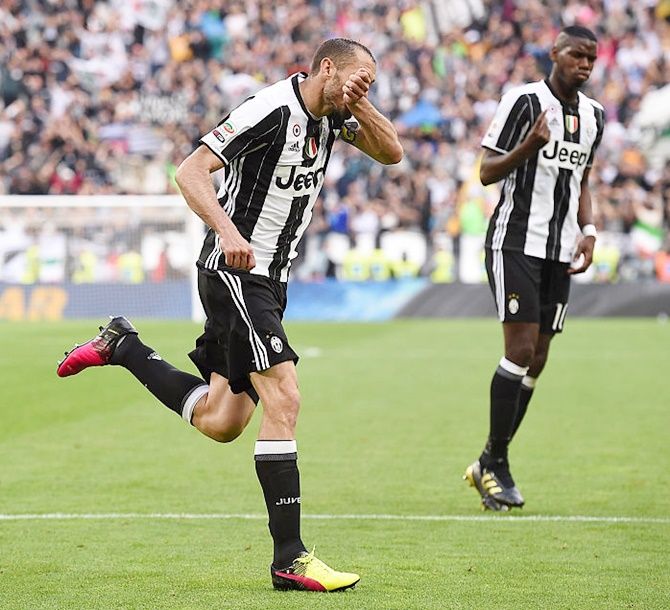 Giorgio Chiellini marked his 400th Juventus appearance with a goal and Paulo Dybala scored twice as the Serie A champions rounded off their campaign with a 5-0 thrashing of Sampdoria 5-0 on Saturday.

Napoli sealed second spot after Gonzalo Higuain bagged a hat-trick to break a 66-year goal record and help his side floor Frosinone 4-0.

The hat-trick took Higuain's tally for the season to 36 league goals, which broke the record for most goals in a Serie A campaign set by Gunnar Nordahl for AC Milan in 1949-50.

Carpi's stay in the top flight ended after only one season and they will be joining Frosinone and Verona in Serie B next season despite ending the season with a 2-1 win at Udinese. 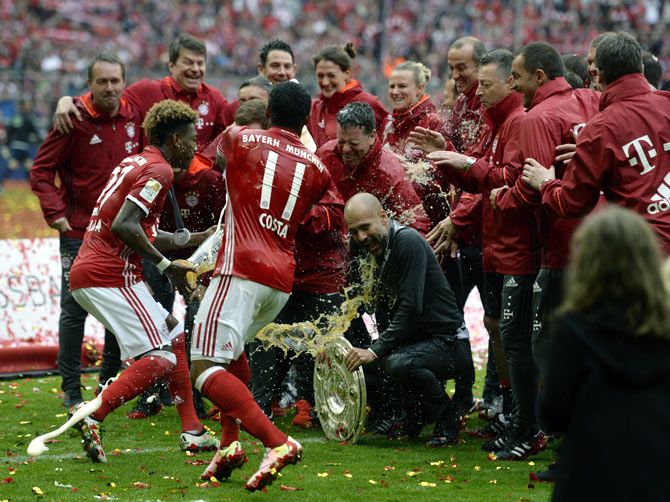 Former champions VfB Stuttgart were relegated for the first time in 41 years after losing 3-1 at VfL Wolfsburg in the top- flight season finale.

Werder Bremen needed an 88th-minute goal by Papy Djilobodji to beat visiting relegation rivals Eintracht Frankfurt 1-0 and keep their spot in the Bundesliga, with their opponents going into a playoff against Nuremberg, third in the second division.

Bayern Munich forward Robert Lewandowski took the honours as the league's top scorer with 30 goals after netting in the champions' 3-1 victory over relegated Hanover 96. 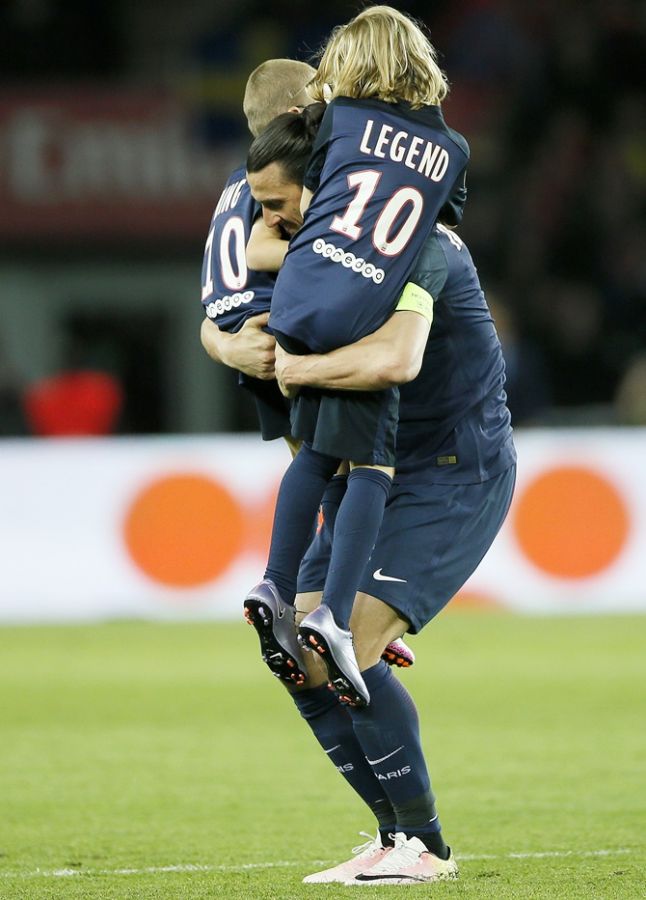 Lucas Moura and Marquinhos scored the other goals as LaurentBlanc's side ended the season with a record points haul of 96.

Toulouse avoided relegation on the final day after comingfrom behind to beat Angers, with Gazelec Ajaccio dropping into Ligue 2.