Inter hang on for win at Brescia after Lukaku strike 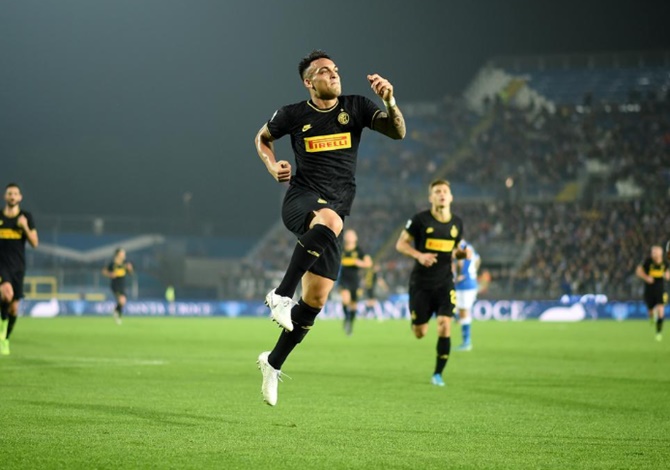 A stunning strike by Romelu Lukaku gave Inter Milan a 2-1 win at Brescia on Tuesday although they had to cling on for three points in the face of heavy pressure from the promoted side.

The win took Inter back to the top of Serie A, at least for 24 hours until Juventus, who are two points behind, host Genoa on Wednesday. Inter also maintained a 100% away record with five wins out of five.

Inter went ahead midway through the first half with a fortuitous goal from Lautaro Martinez, whose shot deflected off defender Andrea Cistana, before Lukaku score with a stinging drive just past the hour mark.

Milan Skriniar’s own goal in the 76th minute brought a feisty Brescia right back into the game and ensured a nervy finale for the visitors.

“We got the three points and I’m not interested in anything else,” said Inter coach Antonio Conte, who complained about a crowded fixture list. “Sometimes you just have to win while suffering.”

“This terrible sequence of matches continues,” he added. “We will play seven times in 20 days, and I’ve never seen that with any other team. It’s very strange."

Inter took early control and went ahead after 23 minutes. Martinez tried his luck from 25 metres, the ball hit Cistana’s outstretched leg and looped over helpless debutant goalkeeper Enrico Alfonso who was stranded.

Inter midfielder Roberto Gagliardini was lucky not to be sent off when tempers flared at the end of the first half, escaping with a yellow card despite pushing an opponent’s head with his hand.

Brescia, who are 18th in the 20-team table with seven points, were far more aggressive after the break and the complexion of the game changed completed.

Home striker Mario Balotelli, facing his old club, had a low shot turned around the post by Samir Handanovic and the Slovenian goalkeeper also did well to block Alfredo Donnarumma’s close range effort.

But, in a rare break upfield, Inter snatched a second in the 63rd minute as Lukaku collected the ball near the touchline, cut inside and blasted a shot into the net from 25 metres, the Belgian’s seventh league goal of season.

Balotelli saw a close-range header blocked by Handanovic and then blasted the rebound over before Brescia finally got their goal when Dimitri Bisoli’s shot was saved by Handanovic but ricocheted straight off Skriniar and into the net.

Balotelli then had an overhead kick charged down but Inter held on for three precious points to leave them on 25 from 10 matches ahead of Juve on 23 with a game in hand.

Third-placed Atalanta, on 20 points, visit Napoli, who are fourth on 17, in Wednesday’s early kick off.

Gnabry and Mueller save Bayern's blushes in late cup win 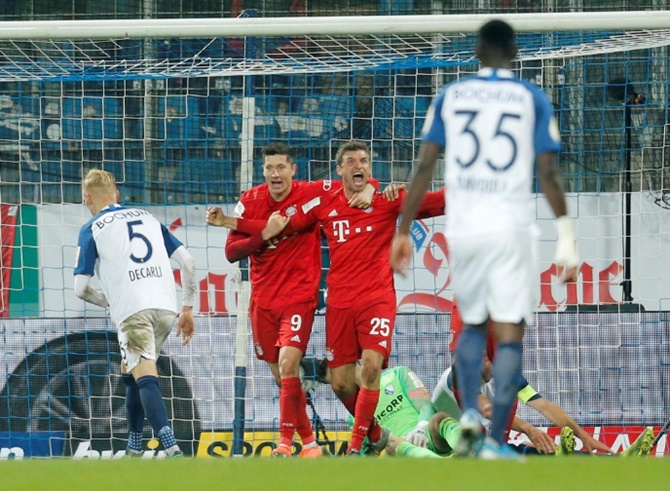 Holders Bayern Munich recovered from an own goal to avoid a humiliating German Cup second round exit to second division VfL Bochum after two late strikes secured a 2-1 win on Tuesday.

Bochum had taken the lead in the 36th minute when Bayern’s Alphonso Davies directed Danny Blum’s cross into his own net at the Ruhrstadion.

Kovac, who had heavily rotated his players, sent Mueller, Robert Lewandowski and Philippe Coutinho on from the bench to try and turn the game around.

Gnabry equalised with a neat finish from Joshua Kimmich’s cross before Bochum were reduced to 10 men, with defender Armel Bella-Kotchap dismissed for handball in the 88th.

Christopher Schorch and Gillian Jurcher’s strikes early in the second half put the minnows ahead but Jonas Hector and Simon Terodde hit back before Janicke’s dramatic late winner.

© Copyright 2020 Reuters Limited. All rights reserved. Republication or redistribution of Reuters content, including by framing or similar means, is expressly prohibited without the prior written consent of Reuters. Reuters shall not be liable for any errors or delays in the content, or for any actions taken in reliance thereon.
Related News: Bayern, Serge Gnabry, Romelu Lukaku, Bochum, Thomas Mueller
SHARE THIS STORYCOMMENT
Print this article 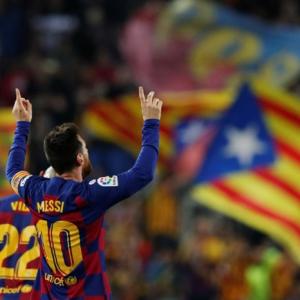 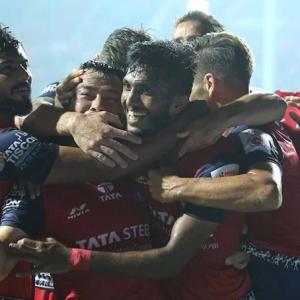