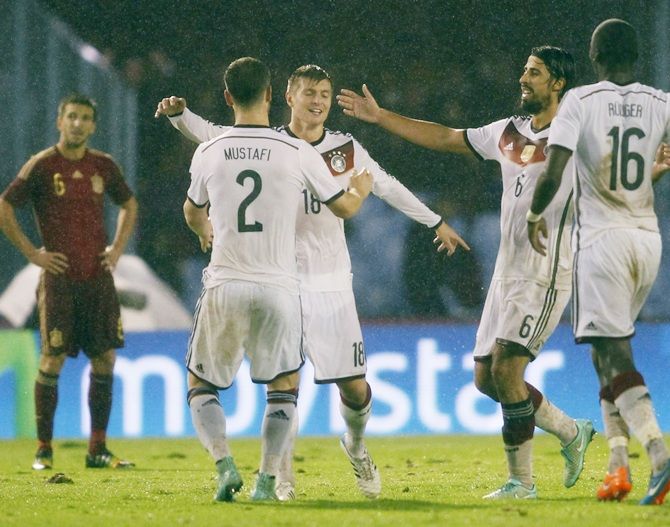 Toni Kroos struck with a fierce long-range shot a minute from time to give Germany a 1-0 victory over Spain in a friendly between two injury-depleted European heavyweights in Vigo on Tuesday.

Kroos's effort settled a match played in lashing rain that was short on chances although goalkeeper Kiko Casilla, who came off the bench to make his Spain debut, will be furious he let the ball past him after getting into position to palm it away.

Germany forward Mario Goetze, who scored the winner against Argentina in July's World Cup final, had gone closest on a foul night in Galicia but Iker Casillas brilliantly saved his 20th-minute effort.

Beating the 2010 World Cup winners and 2012 European champions was a fitting way for Germany to end a stellar year during which they claimed their fourth World Cup crown.

Spain, who beat Germany 1-0 in the semi-finals four years ago the last time they met, will now have to pick themselves up and continue rebuilding after their failed title defence in Brazil. Brazil chalked up their sixth straight win, all in friendlies, since the World Cup when they beat Austria 2-1 on Tuesday in a joyless performance marred by tactical fouls and a negative approach.

A stunning late strike by Roberto Firmino, his first for his country, won the match for Brazil, although Austria were the more enterprising team and could easily have gone in with a halftime lead.

Austria, previously unbeaten this year, at least had the consolation of being the first team to score against Brazil since Dunga replaced Luiz Felipe Scolari as coach following their woeful World Cup performance in July.

Brazil were low on creativity, often struggling to play the ball out of their own half in the face of the home team's aggressive pressing, and repeatedly interrupted Austrian moves with rough and cynical fouls in midfield.

Fernandinho escaped a booking when he left Veli Kavlak with blood streaming from a cut near his eye when he went in for one challenge with his elbows flying. 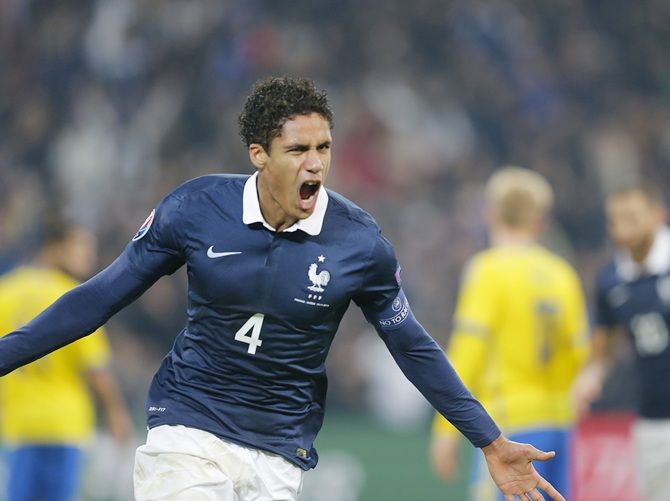 Raphael Varane's potential status as a France great was boosted on Tuesday when his late header helped Les Bleus beat Sweden 1-0 in a friendly at the Stade Velodrome.

France, who qualify automatically for Euro 2016 as hosts, will play only friendlies until the finals and the lack of excitement was palpable until Varane's goal.

Didier Deschamps' team, who drew 1-1 with Albania on Friday, had a few opportunities but struggled to find the spark that helped them reach the 2014 World Cup quarter-finals. "We had a lot of chances even if we struggled a bit in the beginning of the second half, I'm happy we're ending the year with a victory," Deschamps told the TF1 TV channel. 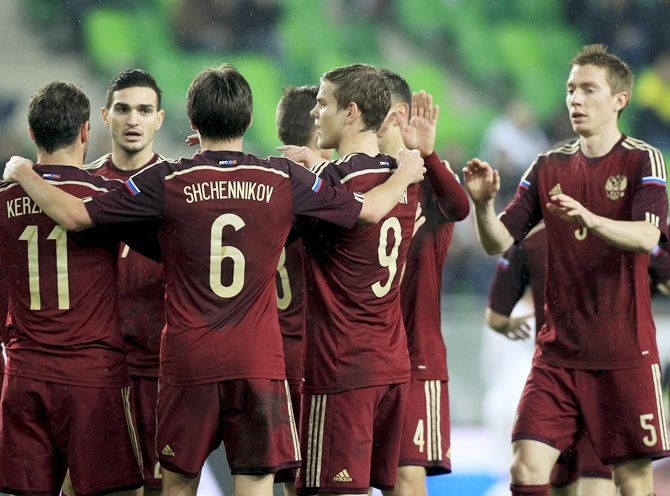 Russia won on Tuesday for the first time in four matches, beating Hungary 2-1 in a friendly to relieve the pressure on under-fire coach Fabio Capello.

Media reports said the Italian could be sacked after the game in Budapest but his side triumphed thanks to second-half goals from Sergei Ignashevich and Alexander Kerzhakov.

Hungary replied through Nemanja Nikolic with four minutes to go. 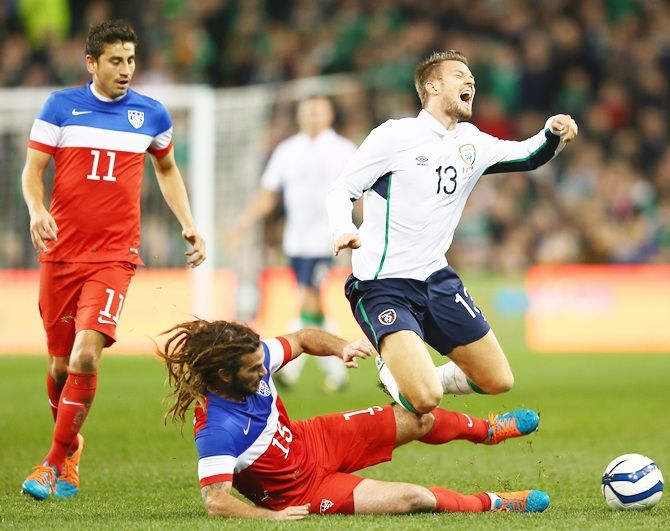 Ireland beat the United States 4-1 in an entertaining friendly at the Aviva Stadium on Tuesday with goals from Anthony Pilkington, James McClean and two from Robbie Brady handing Martin O'Neill's second string side victory.

O'Neill started an entirely different side to the one that lost 1-0 in Scotland in a bruising Euro 2016 qualifier on Friday but was rewarded after seven minutes when Pilkington scored his first goal for Ireland following a fine move.

Pilkington exchanged passes with impressive debutant David McGoldrick whose wonderfully weighted pass put the Cardiff City midfielder through and his finish was just as sweet, dinking the ball over Bill Hamid.

The United States, starting with four of the team that lost out to Belgium in the last 16 of the World Cup, had been on top before Pilkington's strike and took control after with Fabian Johnson going closest to levelling after his drilled shot hit the post from 30 metres out.

Ireland had Shay Given to thank for keeping the US out with a couple of great saves, but the home side's second half dominance told when moments after the woodwork denied substitute Shane Long a sublime third, McClean netted with a deflection. 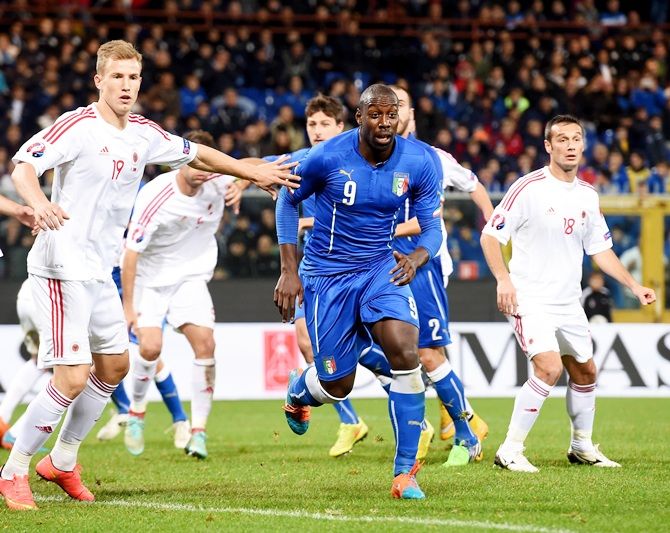 Stefano Okaka scored a late goal on his debut to give Italy a 1-0 win over Albania in a friendly on Tuesday as they remained unbeaten in six games since the World Cup.

Italy broke through in the 82nd minute when the 25-year-old Sampdoria forward, who came on as a second-half substitute, met Giacomo Bonaventura's corner with a glancing header which took a deflection off Hamdi Salihi into the goal.

Italy fielded an experimental team with goalkeeper Mattia Perin also making his debut when he came on in the second half.

In an emotional twist to the game, Sassuolo defender Francesco Acerbi came on in the 81st minute to make his international debut one year after being diagnosed with testicular cancer.