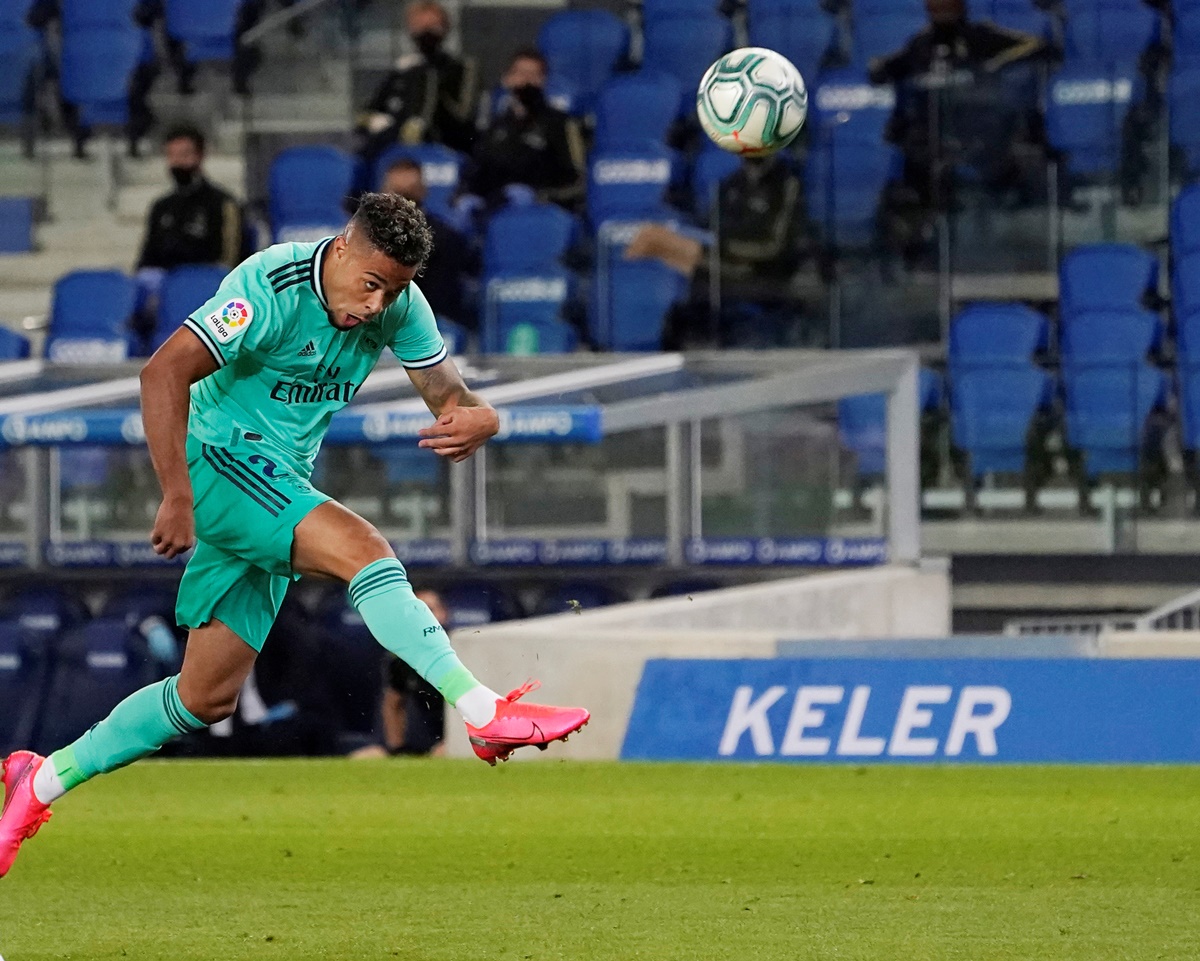 Real Madrid forward Mariano Diaz has tested positive for COVID-19, the Spanish champions said on Tuesday, casting doubt on his participation in their Champions League tie at Manchester City next week.

Real said in a statement that tests were conducted on the squad on Monday and that though Diaz was in 'perfect health', he would be self-isolating at home.

Real, who trail Manchester City 2-1 from the first leg of their last-16 tie before the pandemic suspended the competition in March, are set to play the Premier League side in the second leg on Aug. 8 at the Etihad.

The Champions League knockout stages from the quarter-finals onwards will be played as single legs in Lisbon.

Spain has seen a surge in COVID-19 positives with thousands of new cases reported on a daily basis in the past week, taking its tally up to over 296,000 cases.

Britain has imposed a 14-day quarantine for travellers from Spain but British media reported that elite sports teams travelling into the country will be exempt.

Over the weekend, Spanish side Fuenlabrada confirmed they had 28 positive cases at the club, including a few cases in Madrid where the team is based, costing the second division club a shot at promotion to La Liga.

Lewandowski could have won Ballon d'Or 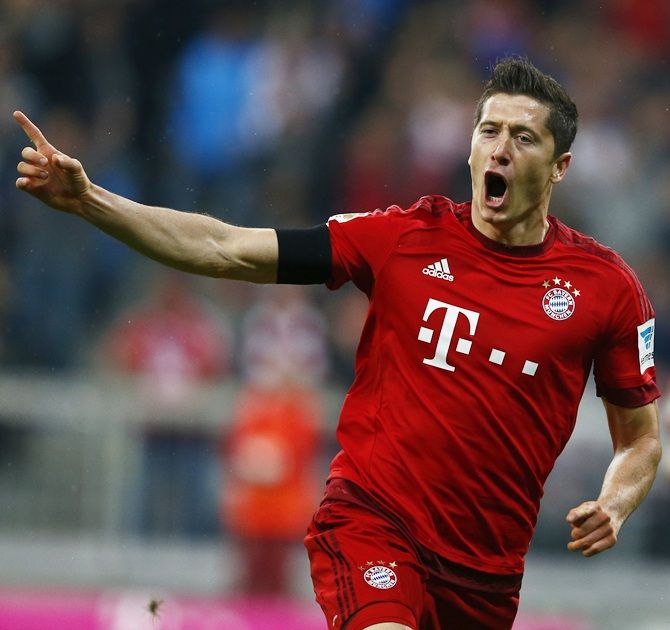 Bayern Munich chairman Karl-Heinz Rummenigge said that cancellation of the 2020 Ballon d'Or is 'not very fair' for Robert Lewandowski, who 'might have' bagged the award.

"I believe Robert Lewandowski is playing a fantastic season and he performed maybe the best season in his career," Goal.com quoted Rummenigge as saying.

"Unfortunately, France Football cancelled the Ballon d'Or, which we are not very happy [about]. In the end, it's not very fair -- not just for Bayern but also for Robert Lewandowski, who might have won," he added.

Citing "lack of sufficient fair conditions", France Football on July 20 announced that Ballon d'Or will not be awarded this year.

Lewandowski witnessed a stunning season as he netted 51 goals in all competitions.

The COVID-19 pandemic had a huge impact on sports across the globe, with every sporting event being cancelled or postponed. However, after the coronavirus-enforced break, football leagues resumed under strict guidelines.

Except for Ligue 1, other leagues like Premier League, La Liga, Serie A, and Bundesliga returned to action and managed to finish the 2019-2020 season.

"I believe it's very important that in a season that, except the French league, [were] performed through to the end of the season, it has to be possible to give the Ballon d'Or to the best footballer in the world," Rummenigge said.

"Of course, I believe, in those circumstances, Robert would have a good chance to win it for the first time in his career," he added. 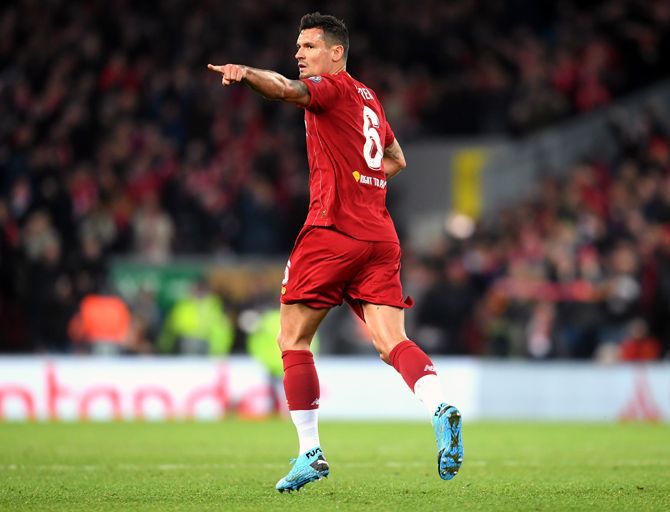 Zenit St Petersburg have signed centre back Dejan Lovren from Liverpool on a three-year contract, the Russian champions announced on Monday.

Lovren’s friend and teammate at Liverpool, Mohamed Salah has said that the club is really going to miss the Croat defender. Brighton and Hove Albion on Tuesday announced the signing of Adam Lallana following the expiration of his contract with Liverpool.

The 32-year-old midfielder agreed to a three-year contract with Brighton and Hove Albion. He won the Premier League title with Liverpool this season.

"There is no doubting Adam's quality, and if you look at his footballing CV his ability is clear for everyone to see. He has played at the very highest level, for both club and country, and achieved great things. He has a wealth of experience alongside his technical quality," the club's official website quoted Lallana as saying.

"The honours he won during his time at Liverpool, and the high regard in which he is held at Anfield, only further underline his ability and character. Adam is a really exciting signing for us, someone I am sure the supporters will be really looking forward to seeing play as and when things are able to begin to return to normal," he added. 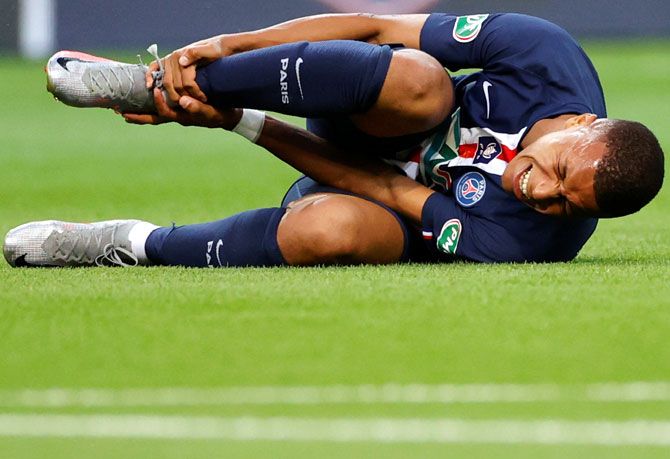 Paris St Germain forward Kylian Mbappe has been ruled out for three weeks after he suffered an ankle injury in Friday's French Cup final win over St Etienne, the Ligue 1 champions said on Monday.

It means Mbappe will miss PSG's Champions League quarter-final against Italian side Atalanta in Lisbon on August 12.

"As announced after the final of the Coupe de France against Saint-Etienne, Kylian Mbappe underwent further examinations to his injured right ankle," PSG said in a statement.

"The results of today's scan confirmed an ankle sprain with damage to the external ligament. The player is expected to be sidelined for approximately three weeks," the statement further read.