Football Focus: Is the time right to axe De Gea? De Gea, 29, was at fault for Olivier Giroud’s opener late in the first half and then allowed Mason Mount’s shot to squirm through him and into the net after the restart.

A string of errors from De Gea have prompted calls for him to be replaced as first choice by Henderson, who is drawing praise for his showings on loan at Sheffield United.

“If the goalkeeper makes one mistake, or possibly two, you think you should stick with him,” former Newcastle United striker Shearer told the BBC.

“But it keeps happening. I think you only bring Dean Henderson back to Manchester United as the number one, or you keep him where he is to keep gaining experience. I think that time has come.”

“If I was Solskjaer, then I would be worried because of his performance levels. They’ve dipped and his inconsistency is costing United games.

“I wouldn’t leave him out yet. His credentials are still up there with the best in the world. He’s just lost all his confidence.” Arsenal will still be able to attract top players to the club even if they do not secure European football next season, manager Mikel Arteta has said.

Arsenal are 10th in the Premier League and in danger of missing out on a spot in Europe for the first time since the 1995-96 season.

They can qualify for next season’s Europa League by defeating Chelsea in the FA Cup final but Arteta said the club’s history and values should be enough to persuade players to sign.

“I don’t think we should bring players that need a lot of convincing,” he added.

“The feeling I get when I talk to a lot of people is that the players still want to come to the club because of the history, the way we do things, our values, the fans we have, our stadium. Chelsea fans can expect more from the London club in the transfer market as they look to bridge the gap with Liverpool and Manchester City next season, manager Frank Lampard has said.

Chelsea have sealed deals for Morocco winger Hakim Ziyech and Germany forward Timo Werner, and have been linked with a move for Bayer Leverkusen midfielder Kai Havertz as they rebuild the squad following a close-season transfer ban last year.

Lampard’s side are third in the Premier League with 63 points, 30 points adrift of champions Liverpool, but can seal a Champions League berth by winning their two remaining league games.

With an FA Cup final against Arsenal on the horizon, Lampard believes Chelsea have a lot to look forward to.

“With what we do in the summer, there will be more to come,” Lampard said. “We want to win the final. We want to close the gap.”

“We are working towards something. It doesn’t come easy. We have seen that with other teams in recent years. It is step by step. We have shown lots of good stuff this year.

“Three games won’t define the progress we have made but we are at the business end.”

© Copyright 2020 Reuters Limited. All rights reserved. Republication or redistribution of Reuters content, including by framing or similar means, is expressly prohibited without the prior written consent of Reuters. Reuters shall not be liable for any errors or delays in the content, or for any actions taken in reliance thereon.
Related News: Chelsea, David de Gea, Frank Lampard, Mikel Arteta, Manchester United
SHARE THIS STORYCOMMENT
Print this article 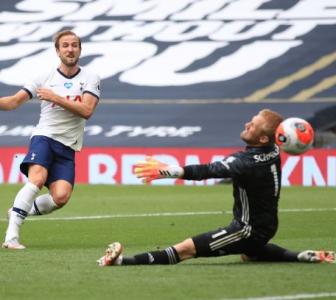 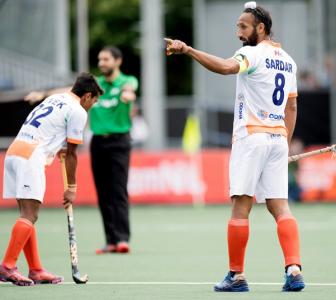