Manchester City manager Pep Guardiola said the individual achievements of his players must be viewed in relation to the team’s success and consistency after Raheem Sterling’s brace sealed a 4-0 Premier League win over Watford on Tuesday.

City forward Sterling’s first-half goals took his league tally to 19 goals for the season, but Guardiola reminded his players that they were 15 points behind champions Liverpool having played one match less.

“It’s important for Raheem to score goals but we cannot forget we finished a long way off the champions. This is not good for us,” Guardiola told reporters.

“Of course, we’ve been much better than the other 18 teams. The distance from second to first is big, the distance between second and third is big too, but it’s not enough.

“The personal achievements must always be related to the achievements of the team, which has not been perfect.”

The result meant that Guardiola’s side have won four league games in a row for the first time this season and the Spaniard said his team had to be more consistent to challenge for the title in the 2020-21 campaign.

“We all still need to know we’re far away from Liverpool. This was the first time we’ve managed to win four in a row in the league. Two seasons ago, we managed 18, last season we managed 14,” Guardiola added.

“This shows how poor the consistency has been this season because we’ve had the same team. This happened because something was wrong and I need to discover what it was ahead of next season.”

City finish their campaign with a home match against relegated Norwich City on Sunday.

Arteta backs board after 'Kroenke out' plane stunt 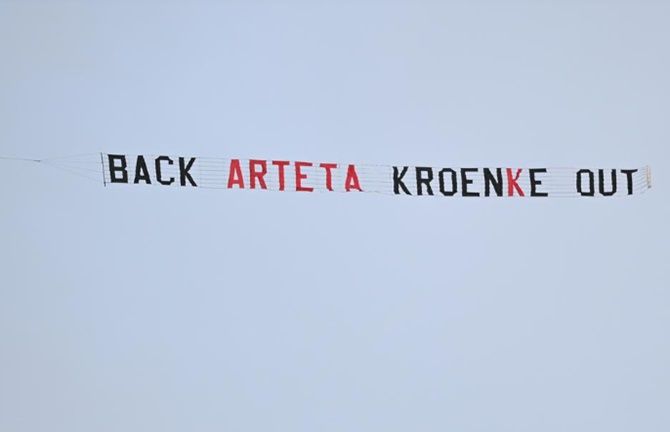 IMAGE: General view as a plane flies over the stadium displaying a banner reading 'Back Arteta Kroenke out'. Photograph: Shaun Botterill/Reuters

Arsenal manager Mikel Arteta leapt to the defence of the club’s money men on Tuesday after fans flew a banner over Villa Park saying “Back Arteta, Kroenke Out”.

A 1-0 defeat by relegation battlers Aston Villa left Arsenal down in 10th place in the Premier League and facing their worst finish since 1995 when they were 12th.

While there have been encouraging signs of progress since former skipper Arteta took over in December, not least back-to-back wins last week over Liverpool in the league and Manchester City in the FA Cup semi-final, the need for strengthening the squad is obvious if Arsenal are to challenge for the top four.

American billionaire owner Stan Kroenke has come under fire from Arsenal fans for a lack of adventure in the transfer market.

“I have full support from the Kroenkes, from the board, from the sporting director,” Arteta told a news conference. “We are putting a very strong plan together to try to do as much as we can in the shortest period.

“At the end of the day the league table doesn’t lie and we know the gap we have to fill in. We are on board trying to do everything together.”

Arteta was asked whether comments he made after the win over Liverpool had prompted the plane stunt. After that game he said it was a “concern” whether or not he would be given sufficient transfer funds to strengthen.

“I don’t know but if that’s the impression it’s not what I wanted to do,” the Spaniard said. “I wanted to emphasise — and I’d do it again — we need to improve in many areas.

“The first is my responsibility to improve the team, individually and the mentality of course as well. After that in certain areas we need to get better.

“Uncertainty is the reality. We have uncertainty because the coronavirus hit everybody hard, we don’t know if we are finishing in Europe and there is uncertainty with a few players. I have to try to be honest and that’s what I said.”

© Copyright 2020 Reuters Limited. All rights reserved. Republication or redistribution of Reuters content, including by framing or similar means, is expressly prohibited without the prior written consent of Reuters. Reuters shall not be liable for any errors or delays in the content, or for any actions taken in reliance thereon.
Related News: Pep Guardiola, Arteta Kroenke, Manchester City, Liverpool, Arsenal
SHARE THIS STORYCOMMENT
Print this article 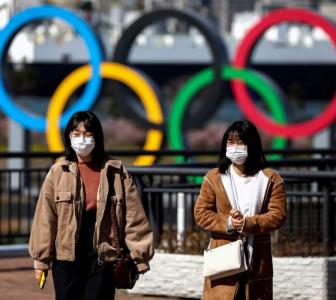 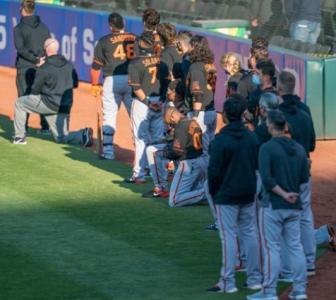 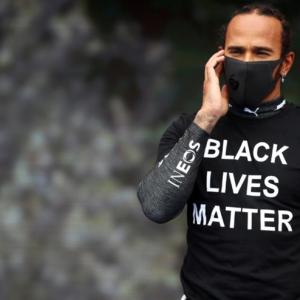