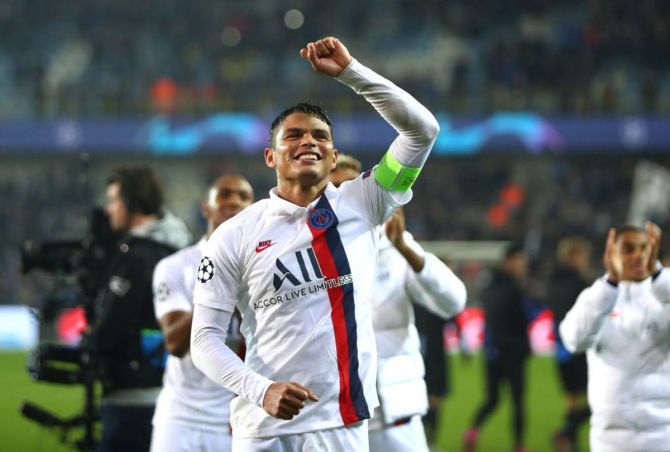 Chelsea have bolstered their defence by bringing in Thiago Silva, with the former Paris St Germain centre back signing a one-year contract plus an option of a further 12 months, the English Premier League club announced on Friday.

The 35-year-old Brazilian defender joins the west London club, coached by Frank Lampard, after eight seasons at PSG where he won seven Ligue 1 titles and five French Cups, making more than 300 appearances in all competitions.

Silva arrives on a free transfer after leaving PSG following the club's defeat by Bayern Munich in the Champions League final.

"I am so happy to be joining Chelsea. I am delighted to be a part of Lampard's exciting squad for next season and I'm here to challenge for honours. See you soon Chelsea fans, I look forward to playing at Stamford Bridge very soon," he said.

Silva previously spent four seasons at Italian side AC Milan, winning the Serie A title in the 2010-11 season.

Capped 89 times by Brazil, he was part of the squad which won the Copa America tournament last year and the Confederations Cup in 2013.

"We are delighted to be able to add a player of Thiago Silva's proven world-class credentials to our squad," Chelsea director Marina Granovskaia said.

"Having performed at the highest level for many years, we have no doubt his experience and quality will complement the many exciting talents we already have here."

They have also been linked with Bayer Leverkusen attacking midfielder Kai Havertz as Lampard bids to improve his squad to challenge for the Premier League title.

Serbia and Manchester United midfielder Nemanja Matic has decided to end his international career in order to make way for younger players, the Serbian Football Association (FSS) said on Friday.

The United enforcer was not immediately available for comment but FSS sports director Vladimir Matijasevic was quoted as saying by Belgrade media that Matic was determined to hang up his Serbia boots.

"Other than saying it was time for younger players to take over, Matic did not state any other specific reasons for quitting," said Matijasevic.

"We respect his decision. He is 32 years old and he's had an exerting club season. European club football is demanding and hence we are aware that we'll have to inject fresh blood into the national team.

"We've got several players who are over the hill and we realise that some of them may call time on their international careers in the next year or two."

Matic, who joined United from Chelsea in 2017, has scored two goals in 48 appearances for Serbia, who still have a chance of reaching Euro 2020 to be held next year after it was pushed back due to the coronavirus pandemic.

Serbia visit Norway in a playoff semi-final on Oct. 8 and should they win, the Balkan nation will be at home to either Scotland or Israel on Nov. 12 for a berth in the 24-team tournament to be held across Europe.

Hyderabad FC have signed the Brazilian midfielder Joao Victor de Albuquerque Bruno on a one-year deal for the upcoming 2020-21 season of the Indian Super League (ISL).

He then made the move overseas signing for FC Bunyodkor who he helped win the Uzbekistan Super League in 2009. While in his second year with the Uzbek side, he was signed by La Liga side Mallorca and guided them to an eighth position finish in the 2011-12 season of the Spanish top-flight.

"I am very happy to have signed for Hyderabad FC. It's an exciting project and a good challenge for me given the composition of the team. We have a nice mix of experienced and young Indian players in the squad, and I hope that my experience helps the team on the field. I am eager to join up with my teammates soon and get back into action," Victor said in a statement.

After a five-year spell with Mallorca (2010-15), the midfielder turned out for Cypriot first division side Anorthosis Famagusta FC (2015-19) before playing for Umm Salal FC in the Qatar Stars League. A move back to a European top-flight followed as he joined Greek side OFI Crete FC for the latter half of the 2019-20 season.

Roberto joined West Ham on a free transfer in 2019 and made his full debut in a 2-0 victory against Newport County in the League Cup.

However, his time at the east London club was plagued by high-profile errors, with the 34-year-old conceding 17 goals in just 10 appearances. He was loaned out to Spanish side Deportivo Alaves in January.

"Roberto's transfer brings to an end a one-season stay in east London," West Ham said. "The Club would like to wish him well for the future."

Crystal Palace have bolstered their attacking options ahead of the new Premier League season with the signing of Eberechi Eze from Championship side Queen's Park Rangers on a five-year deal.

The England Under 21 international earned rave reviews last season and scored a majestic goal in his final appearance for QPR against West Bromwich Albion last month.

"Eberechi is a player whose development we have followed closely," Palace Chairman Steve Parish said.

"We are delighted he has chosen to sign for us over the other clubs that were interested and we feel that this is the right club for him to continue his development."

Eze, who was a target for West Ham United and Tottenham Hotspur, could potentially forge an exciting partnership with Wilfried Zaha although Zaha could become a transfer target for several clubs during the transfer window.

"As a club, I feel like there are great players here and it's a brilliant opportunity for me to come and be with these players, to link up with them and to really push on," Eze said.

Palace finished in 14th place last season but scored only 31 goals in the league campaign. 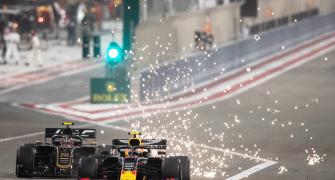 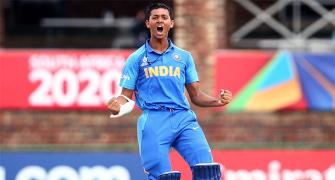 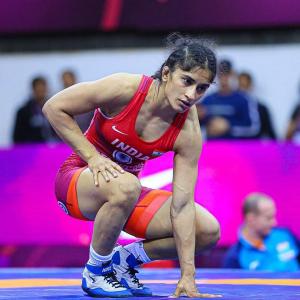 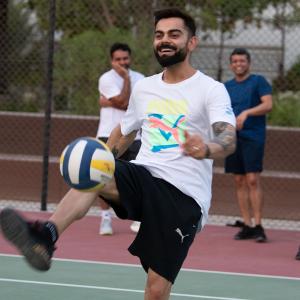