A round-up of Saturday's football action in La Liga, Bundesliga and Ligue 1. 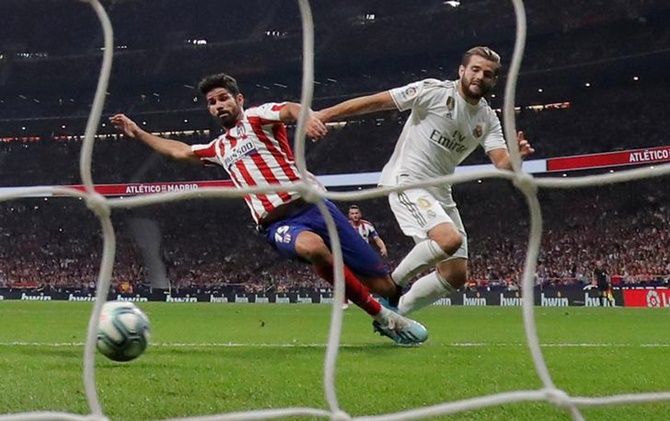 Real Madrid earned a 0-0 draw at neighbours Atletico Madrid in a tight derby to stay top of La Liga on Saturday, continuing their recovery after a disappointing start to the season.

Karim Benzema came closest to scoring at the Wanda Metropolitano but Atletico goalkeeper Jan Oblak made a fine save to keep out the French forward's header.

Atletico forward Joao Felix twice fired wide in the first half and Real's Gareth Bale lashed an effort off target after the break in a game of few chances.

Real Madrid are top with 15 points from seven matches and Atletico stayed third with one point less.

"I think with the game we played we deserved a lot more," Real Madrid coach Zinedine Zidane told reporters. "In the end a point is a point. We had chances, the header from Benzema especially.

"I can't criticise my players over anything, I'm annoyed for them above all, but I'm happy with the game they played. They too are a bit disappointed not to take all the points."

Real's Sergio Ramos and Atletico's Kieran Trippier were lucky to avoid bookings for cynical fouls on Felix and Eden Hazard respectively in a cagey opening.

Atletico's club record signing Felix sneaked in behind Real's defence but dragged an effort across the face of goal before whistling another shot just wide towards the end of the first half.

At the other end, Oblak made one solid save to tip Toni Kroos's low drive around the post.

Both teams were more afraid of losing than hungry to win with a draw seemingly suiting both.

"We have a lot of work to do (to get rid of) errors that we should not be committing, we have to keep working," said Atletico coach Diego Simeone.

"In the first half we had more of the play but we couldn't finish any of our chances. In the second. Oblak made that save from Benzema's header. It was a hard-fought game, we both lacked what you need to win a game."

After a shaky start to the season and a 3-0 thrashing by Paris St Germain in the Champions League, Zidane has steadied the ship with wins over Sevilla, Osasuna and now a draw with a direct title rival.

Real Sociedad, who are fifth, could displace Real at the top with a win over Sevilla on Sunday. 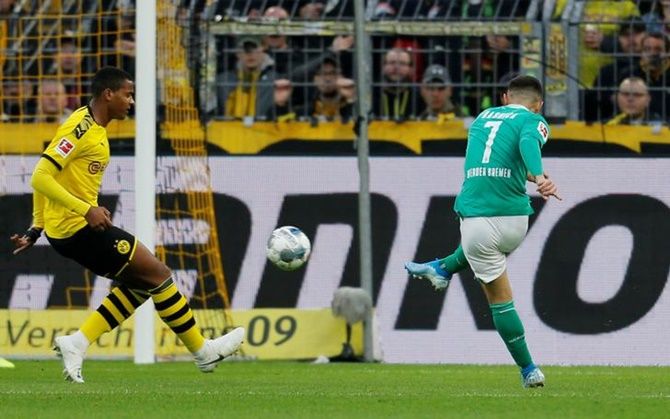 Borussia Dortmund came from a goal down but had to settle for a 2-2ss draw against visiting Werder Bremen on Saturday to drop further down the standings, having won only one of their last four Bundesliga games.

The Ruhr valley club are now in seventh place on 11 points, three behind Bayern Munich who went top of the table after beating Paderborn 3-2.

Dortmund did well to cancel out Werder's eighth-minute lead through Milot Rashica only seconds later with Mario Goetze's diving header in the midfielder's first start of the season.

They looked to be taking full advantage of Werder's injury absences and Dortmund captain Marco Reus nodded in a Thorgan Hazard chip to put them in front.

But for the second consecutive week they could not hold on to the three points, with Marco Friedl nodding in at the far post in the 55th minute to snatch a point for the visitors.

Dortmund's latest slip-up will no doubt fan the ongoing discussion about the team's mental strength which Reus vehemently rejected last week, insisting there was no mentality problem in the squad.

Self-proclaimed title contenders Dortmund, who play Slavia Prague in the Champions League next week, have now squandered a lead in their last two games after twice going ahead against Eintracht Frankfurt last week before drawing 2-2. 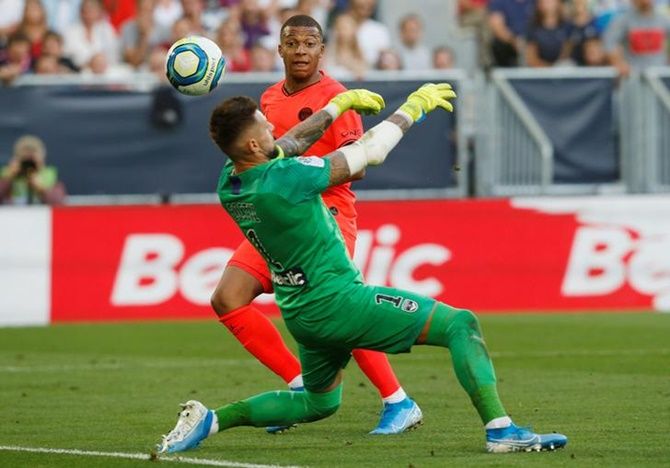