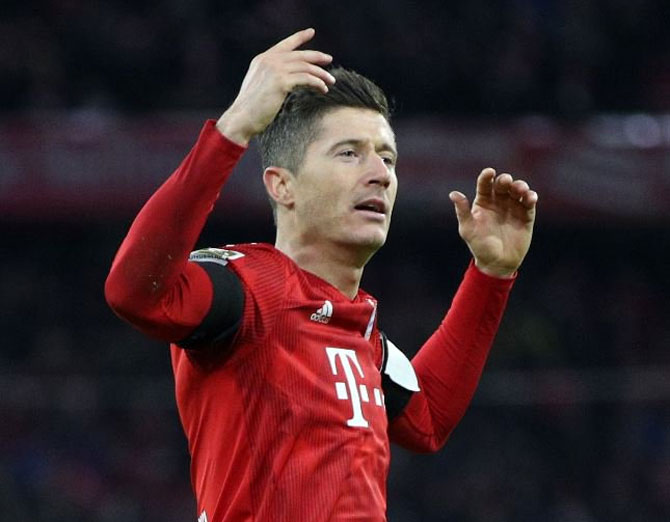 IMAGE: Robert Lewandowski scored his 100th goal in Bayern's Allianz Arena, the first player to do so since the stadium opened in 2005. Photograph: UEFA Champions League/Twitter

Champions Bayern Munich beat Schalke 04 3-1 on Saturday to climb back into second place and cut the gap on Bundesliga leaders Borussia Dortmund to five points.

Goals from Robert Lewandowski and Serge Gnabry after a Schalke own goal lifted the Bavarians, who bounced back from last week's loss to Bayer Leverkusen and face Liverpool in the Champions League round of 16 later this month, to 45 points.

Dortmund are on 50 points after wasting a three-goal lead to draw 3-3 with Hoffenheim earlier on Saturday. Borussia Moenchengladbach dropped to third on 42 after losing 3-0 to visiting Hertha Berlin.

Jeffrey Bruma's own goal on his Schalke debut put the hosts ahead before Ahmed Kutucu, making his first Bundesliga start for Schalke after scoring in the German Cup in midweek, levelled in the 25th.

But the 18-year-old's joy was cut short when forward Lewandowski struck two minutes later to move Bayern ahead once more.

It was the Pole's 100th goal in Bayern's Allianz Arena, the first player to do so since the stadium opened in 2005.

Schalke, last season's runners-up, came close to another equaliser early in the second half and twice hit the woodwork.

But Serge Gnabry killed off their hopes when he wrong-footed keeper Ralf Faehrmann with a clever header from a Lewandowski bicycle kick.

Schalke dropped to 13th on 22 points, seven above the relegation zone.

Bundesliga leaders Borussia Dortmund inexplicably surrendered a three-goal lead in the second half to draw 3-3 against Hoffenheim on Saturday as their advantage at the top was cut to five points.

The leaders have only themselves to blame for the draw ahead of Wednesday's Champions League last-16, first leg against Tottenham Hotspur in London, allowing Bayern Munich to move to within five points of them in the Bundesliga standings.

Jadon Sancho, in the absence of Dortmund captain Marco Reus, took control for the hosts in the first half, firing them ahead and slicing through the hapless Hoffenheim defence at will.

The England international set up Mario Goetze for Dortmund's second goal before combining with Goetze to set up Raphael Guerreiro for an easy tap-in in the 66th minute.

Sancho almost got a second goal in the 75th but his low shot hit the post and bounced clear before the hosts stepped off the gas, allowing Ishak Belfodil to cut the deficit in the 75th.

Pavel Kaderabek rose above his marker to head in with seven minutes left and set up a nervous finale.

The visitors' memorable comeback was completed when Belfodil headed in a free kick in three minutes from time.

Dortmund are top on 50 points with champions Bayern in second place on 45 after beating Schalke 04 3-1. Borussia Moenchengladbach dropped to third place on 42 after their 3-0 loss to Hertha Berlin.

Second-placed Napoli wasted half a dozen clear-cut chances as they were held 0-0 at Fiorentina in Serie A on Saturday, their fourth successive away game in all competitions without scoring.

Napoli, whose hopes of winning the title last season effectively ended with a 3-0 defeat in the same fixture, were left eight points behind leaders Juventus who visit Sassuolo on Sunday.

"I would say they are two points lost, we played well and it was not the right result," Napoli coach Carlo Ancelotti said.

"We lacked the finishing touch. We had some difficulties building from the back because they pressed hard but when we got past that, we managed to create chances. We’ve just got to work on our finishing."

Lorenzo Insigne was the first Napoli player to squander an opening when he fired the ball over the bar after Alban Lafont parried Piotr Zielinski's shot.

Jose Callejon also shot over from a Dries Mertens cross, then Mertens himself missed the target from a good position and volleyed straight at Lafont from point-blank range as more chances went begging.

The opportunities continued to flow after halftime as Lafont made a brilliant save from Zielinski and Fabian Ruiz went close with a long-range shot.

Fiorentina had to play the last few minutes with 10 men after German Pezzella went off injured with all the substitutions made and Napoli twice went close in stoppage time.

Arkadiusz Milik was too late getting to Callejon's cross at the far post before he stung Lafont's hands with a long-range drive.

Ninth-placed Fiorentina also had their chances, the best falling to Jordan Veretout who was denied by an outstanding Alex Meret save.

"Mertens is unlucky at the moment," Ancelotti said. "He created chances with his movement but lacked sharpness in front of goal."

Paris St Germain’s 1-0 win against Girondins de Bordeaux in Ligue 1 on Saturday was marred by the news that striker Edinson Cavani could miss their Champions League trip to Manchester United through injury.

Uruguay striker Cavani found the back of the net with a 42nd-minute penalty but he was soon hobbling off the pitch while clutching his thigh, three days before PSG travel to Old Trafford for their last-16, first leg Champions League tie.

“I don’t have good news. We have to wait,” said coach Thomas Tuchel.

Tuchel's side will also be without Brazil striker Neymar, who has been ruled out with a foot injury.

The result put leaders PSG on 59 points from 22 games, 13 ahead of second-placed Lille, who have played one more game.

The was some good news for PSG as midfielder Marco Verratti returned to the line-up after recovering from an ankle injury.

Verratti played almost an hour before being substituted by Leandro Paredes.

The Italian is now expected to start on Tuesday against a resurgent United side who claimed their 10th win in 11 games under caretaker coach Ole Gunnar Solskjaer when they beat Fulham 3-0 on Saturday.

PSG, who suffered their first league defeat this season against Olympique Lyonnais last weekend, were in control against mid-table Bordeaux.

Cavani broke the deadlock with a penalty for his 17th goal in 16 league games this season after Thomas Meunier had been fouled in the area. Meunier was later replaced following a head clash with a Bordeaux player.

A couple of minutes later Cavani limped off the pitch, prompting Tuchel to substitute him with Kylian Mbappe, who had been expected to be rested ahead of Tuesday's clash.

The French international is now likely to start as a lone striker at Old Trafford, supported by Julian Draxler and Angel Di Maria.

The second half was relatively poor, with PSG players, wearing shirts with their names written in Mandarin to mark the Chinese New Year, taking no risks and a Bordeaux side lacking in creativity.

The visitors' only clear chance after the break came in the 61st minute when Gianluigi Buffon pulled off a superb save to tip away Francois Kamano's 25-metre strike.

Substitute Lautaro Martinez scored Inter Milan's first Serie A goal this year to give them a much-needed 1-0 win at Parma on Saturday.

Martinez replaced Joao Mario in the 77th minute and made his mark within two minutes.

Inter won possession in midfield and Radja Nainggolan slipped the ball to the Argentine who held off his marker and fired his shot into the roof of the net.

Luciano Spalletti's side remained third in Serie A, and on course for the Champions League next season, with 43 points while Parma are 12th with 29.

The visitors, whose previous three league games produced a 0-0 draw with Sassuolo and 1-0 defeats to Torino and lowly Bologna, had a letoff before halftime when former Liverpool and Roma forward Gervinho crashed a shot against the Inter bar.

Danilo D'Ambrosio thought he had broken Inter's duck when he turned the ball in from a corner in the 54th minute but it was chalked off after a VAR review showed that the ball struck his arm.

Inter gained in confidence after the goal and Matias Vecino saw a shot cleared off the line while Marcelo Brozovic hit the upright with a low shot.

© Copyright 2020 Reuters Limited. All rights reserved. Republication or redistribution of Reuters content, including by framing or similar means, is expressly prohibited without the prior written consent of Reuters. Reuters shall not be liable for any errors or delays in the content, or for any actions taken in reliance thereon.
Related News: Edinson Cavani, Bayern Munich, Hoffenheim, Schalke, Borussia Dortmund
SHARE THIS STORYCOMMENT
Print this article 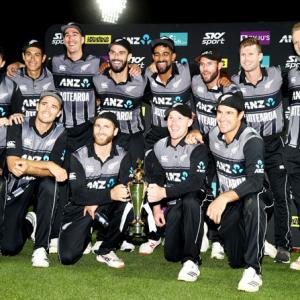 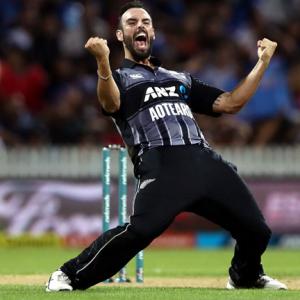