Football Extras: Allegri's decisions under spotlight after Juve swept aside 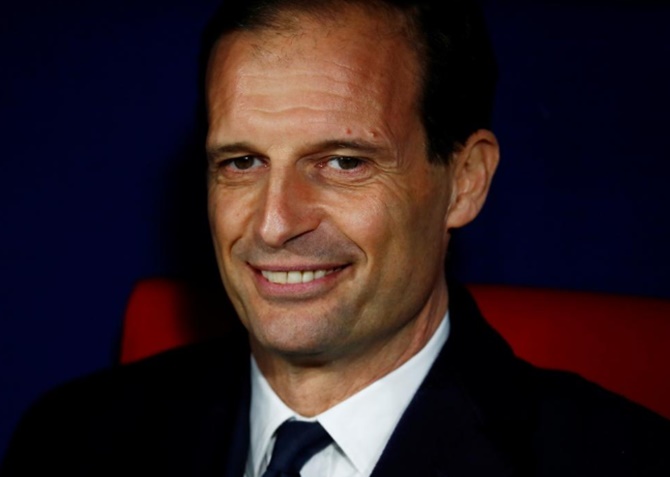 Juventus coach Massimiliano Allegri was typically unruffled after his team were outplayed in their 2-0 defeat at Atletico Madrid in the Champions League on Wednesday, saying "these things happen".

But Allegri's decisions came under scanner after his team were swept aside by the streetwise Spaniards in the second half of their round of 16 first leg, leaving their hopes of winning the competition hanging by a thread.

Unbeaten in Serie A this season, Juventus have lost three of their seven Champions League matches and now face a huge task to overturn the deficit in Turin on March 12.

In four full seasons at Juventus, Allegri has led his team to four successive league and cup doubles and two Champions League finals.

He has managed to rebuild the side following the departure of players such as Paul Pogba, Arturo Vidal and the talismanic pair of Andrea Pirlo and Gianluigi Buffon.

In the past, Allegri has been the one giving the tactical masterclass, such as last season's round of 16 match against Tottenham Hotspur when he turned the tie around by substituting both fullbacks at the same time.

On Wednesday, however, he was outfoxed by opposite number Diego Simeone.

Having earlier emphasised the importance of an away goal, Allegri's first surprise move was when he omitted right back Joao Cancelo even though the Portuguese has become one of Juve's most impressive attacking weapons this season.

In the second half, while Simeone made three quickfire substitutions between the 58th and 67th minutes, Allegri waited until the 73rd minute to replace Miralem Pjanic with fellow midfielder Emre Can.

The later additions of Cancelo and Federico Bernardeschi - who nearly grabbed a precious away goal when his shot was turned away by Jan Oblak - were too little, too late.

Atletico's goals - in the 78th and 83rd minutes - were both scored while those players were waiting to come on.

Allegri admitted his side were caught out.

"We played a bad second half, making the mistake of going after them," he said. "We got the approach wrong in the second half – it's that simple."

He also conjured up the odd excuse that Atletico have more experience in big matches.

"They are more used playing games of this type than us: they remained inside the game even if there were no big jolts, while we made mistakes."

The only consolation was that the return leg had to be better.

"We couldn't be any worse than in the second half, so we must have confidence for the return leg. We knew that Atletico make you play badly, and to beat them you need to stay on top," he said.
"The 2-0 can be overturned, it is useless to cry on it."

Fit-again Kane in contention for Tottenham trip to Burnley 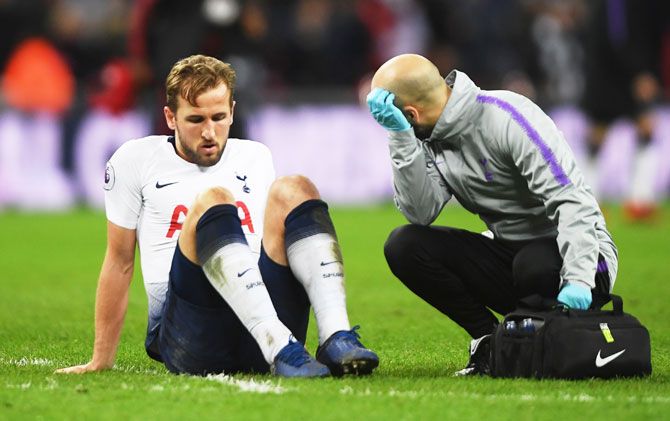 IMAGE: Harry Kane has been out since injuring his ankle in Tottenham's 1-0 defeat by Manchester United on Jan. 13. . Photograph: Mike Hewitt/Getty Images

Harry Kane is back in full training and could return for Tottenham Hotspur's away clash at Burnley in the Premier League on Saturday, manager Mauricio Pochettino said on Thursday.

The 25-year-old striker has been out since injuring his ankle in Tottenham's 1-0 defeat by Manchester United on Jan. 13.

"He is good, I think we need to assess him for one more training session tomorrow and then decide but I think he is doing very well," Pochettino told reporters at the club's training ground.

"I'm happy with him and maybe he's going to be part of the squad for Saturday."

Kane, who has scored 14 Premier League goals this season, was originally expected to be out until March after damaging ligaments in his left ankle in stoppage time against United.

"Everyone knows that Harry is an animal and wants to be ready as soon as possible and he does everything to make the recovery. We are so happy in the last 10 days he's been training again and that will be a massive impact for us.

"But I don't care whether Harry wants to play, who decides (on whether he plays against Burnley) is myself, my coaching staff and the doctors and medical staff."

Kane notched seven goals in six games in all competitions prior to the United defeat, since when Tottenham have defied those who said his absence would derail their title challenge.

They have won four successive league games since and beat Borussia Dortmund 3-0 in the first leg of their Champions League last 16 tie at Wembley.

Victory over Burnley would leave Tottenham just two points behind leaders Manchester City, who play in the League Cup final this weekend, and Liverpool who face in-form Manchester United on Sunday.

Tottenham then travel to Chelsea on Wednesday, followed by a home clash with Arsenal and the return in Dortmund.

Pochettino said all that mattered was beating a Burnley side who are on a seven-match unbeaten run in the league.

"It's going to be tough, we needed a late goal in December to beat them at home," Pochettino said.

"For us Saturday is the most important game. If we are able to win the three points there, we will be able to see the game against Chelsea in a different way.

"We don't think about Chelsea, Arsenal or Dortmund, we only focus on Burnley because we will struggle if we're not focussed 200 percent because in football anything can happen."

Midfielder Dele Alli is now Tottenham's only injury absentee but Pochettino said he could be back from a hamstring injury in "one week, 10 days or two weeks".

Left back Danny Rose is doubtful with illness for the trip to Turf Moor -- Tottenham's first game for 10 days.

French club Nantes have been fined a combined 21,000 euros ($23,816) after supporters set off flares during matches as part of a tribute to former striker Emiliano Sala, who died in a plane crash last month.

A single-engine plane carrying Sala from Nantes to his new team Cardiff City crashed on Jan. 21 in the English Channel, before he made his debut for the Premier League side.

Ligue 1's disciplinary commission fined Nantes 16,500 euros after supporters set off flares and threw objects in a league match against St Etienne on Jan. 30, the club's first game after the Argentine went missing.

They were also fined 4,500 euros for a similar tribute by fans in their league game against Nimes earlier this month.

Manchester United are a much more confident outfit under caretaker manager Ole Gunnar Solskjaer compared to the team that lost 3-1 at Liverpool earlier this season, midfielder Georginio Wijnaldum has said ahead of Sunday's Premier League clash.

United's loss at Anfield in December resulted in manager Jose Mourinho getting the sack and Solskjaer was appointed as United's interim boss. They have not lost in the league since, winning eight while drawing once to move up to fourth.

"I think it is going to be a real big change (from December)," Wijnaldum told reporters after Liverpool's 0-0 draw against Bayern Munich in the Champions League.

"Since the new manager came in there is a new flow, they played good games and have won a lot and that is building confidence in the team.

"It's also a home game for them so they will have a lot of confidence as they don't have the problems they had before. It is going to be a difficult game but I'm looking forward to it."

Liverpool are second in the standings, behind Manchester City on goal difference, but the Merseyside club have a game in hand over the defending champions.

Bundesliga leaders Borussia Dortmund are hoping captain Marco Reus will be fit for Sunday's match against in-form Bayer Leverkusen as they look to reignite their stalled title run.

The Ruhr valley club have seen a seven-point lead over champions Bayern Munich cut to three after three consecutive draws.

They have also been eliminated from the German Cup and lost 3-0 to Tottenham Hotspur in the first leg of their Champions League last 16 tie, making it five games in all competitions without a win.

Dortmund CEO Hans-Joachim Watzke said his club were not concerned about Bayern Munich, despite the champions looming large in the rear view mirror.

"They have not been an issue for us and they will not become one," Watzke said.

"We are working on our things, to reduce mistakes and to work with this young team that currently has to make do without Reus, (Manuel) Akanji and Lukasz Piszczek."

Reus has been out injured since their Feb. 5 German Cup exit to Werder Bremen, after scoring 13 goals and setting up another six in the Bundesliga.

He has been training alone as he recovers from a thigh muscle injury but could still be a surprise addition to the squad on Sunday.

His return cannot come quickly enough for Dortmund, who toiled to a goalless draw at bottom club Nuremberg on Monday and showed little of the attacking spirit that has put them in the Bundesliga driving seat.

Dortmund are also missing fullback Piszczek but fellow defender Akanji, sidelined for two months with a hip injury, could return and help plug a leaking defence that will be tested by one of the most lethal attacks in the league at the moment.

Teenager Havertz has scored three times in their first five league games of the year, while Brandt needed a game less to net three and set up another three.

Bosz will also be relishing his first trip back to Dortmund, where he was coach last season only to be sacked in December when his team imploded after a fine start to the campaign.

Dortmund are top on 51 points with Bayern, who host Hertha Berlin on Saturday, on 48.

© Copyright 2022 Reuters Limited. All rights reserved. Republication or redistribution of Reuters content, including by framing or similar means, is expressly prohibited without the prior written consent of Reuters. Reuters shall not be liable for any errors or delays in the content, or for any actions taken in reliance thereon.
Related News: Massimiliano Allegri, Dortmund, Bayern Munich, Nantes, Tottenham Hotspur
COMMENT
Print this article 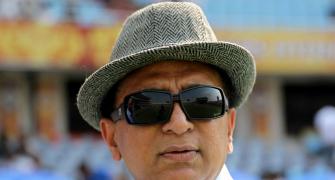 Pandya ruled out of Australia's tour of India 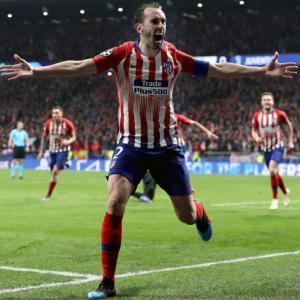 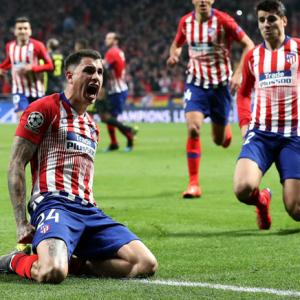