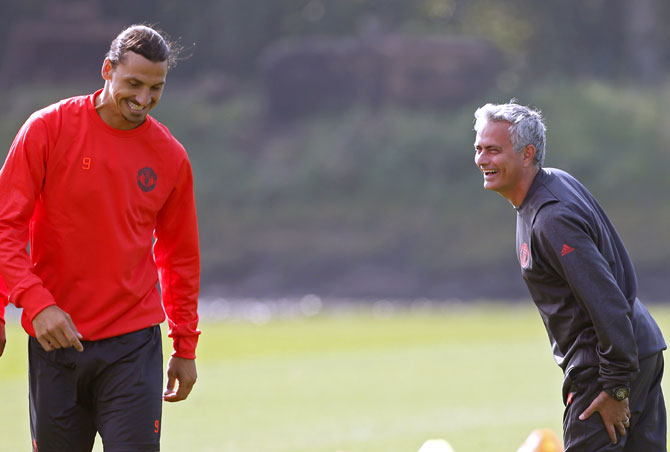 Zlatan Ibrahimovic could be offered a new deal by Manchester United, the Premier League club's manager Jose Mourinho said on Friday ahead of a friendly with Los Angeles Galaxy.

Speaking at a news conference on the eve of their first pre-season tour match in California, Mourinho left the door open to the Swede returning when he recovers from knee surgery.

The out-of-contract Ibrahimovic, 35, was United's top scorer last term after joining on a one-year deal, but he was injured in April and is likely to be sidelined at least until December.

“If the decision is to stay and wait until December -- he can't be back until them -- why not wait? We are speaking and changing ideas," the Portuguese coach told reporters.

With Ibrahimovic out of action, Mourinho has brought in Belgium striker Romelu Lukaku from Everton for a fee put at about 75 million pounds ($98.27 million) by British media.

Mourinho said United signed Lukaku because he is a ready-made Premier League player, having had lots of experience in England, which hopefully would allow him to fit in immediately. 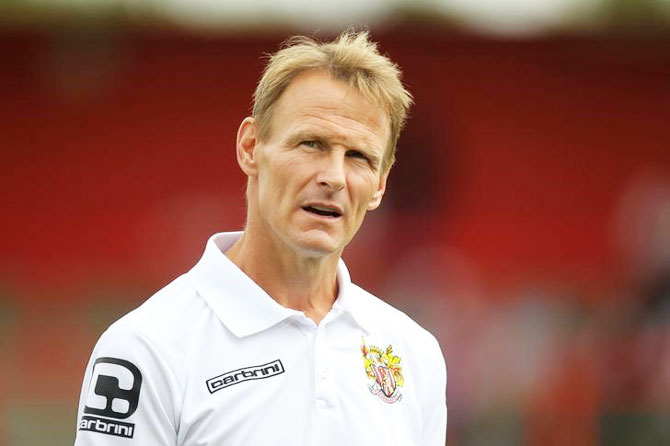 Sheringham, 51, replaced Spaniard Jose Francisco Molina, who led ATK to their second title in three years in his only season as coach.

The Kolkata-based side, owned by a consortium including Spanish club Atletico Madrid and former India cricket captain Sourav Ganguly, also won the inaugural edition in 2014.

The Jamshedpur Football Club, one of the two new entrants and owned by Tata Steel, have named another former England and Manchester United player, Steve Coppell, as their manager for the upcoming season.

The 62-year-old Coppell took Kerala Blasters to the ISL final against ATK last year and has previously managed numerous English clubs including ManchesterCity and CrystalPalace.

The fourth edition of the ISL will start on October 1 with two new teams making it a 10-team league, running for five months.

Chelsea have completed the signing of midfielder Tiemoue Bakayoko from Monaco on a five-year contract, the Premier League champions said on Saturday.

The 22-year-old has made nearly 100 appearances for Monaco over the past three seasons, scoring five goals, and becomes Chelsea manager Antonio Conte's third senior signing of the close season.

Chelsea did not disclose what they had paid for the midfielder, but British media reported that the fee is likely to be in the region of 40 million pounds ($52 million).

"I am very happy to be here and to join this great team," Bakayoko told the club's website. (www.chelseafc.com)

"I have grown up watching Chelsea. Signing was the natural thing for me because it is a club I loved very much in my childhood. I am now looking forward to evolving under this fantastic coach and alongside so many great team mates."

Chelsea have signed goalkeeper Willy Caballero from rivals ManchesterCity and also brought in centre-back Antonio Rudiger from Italian side AS Roma.

We have not bid for Mbappe: Wenger

Arsenal manager Arsene Wenger has denied that the club have made a bid for Monaco striker Kylian Mbappe, whom he believes will stay at the French club.

Arsenal have been heavily linked with a move for the 18-year-old who has become one of Europe's most sought-after strikers.

"We have not made any offer,' Wenger told reporters after Arsenal's 3-1 victory over Western Sydney Wanderers at ANZ Stadium in Sydney on Saturday.

"I think he will stay, it looks like that. One more season. Maybe he has too much choice. In the end, people don't move.

"What we know now is that Mbappe is over 100 million (pounds) and after that it's free to imagine what you want," said Wenger.

Wenger also said that Alex Oxlade-Chamberlain would stay despite interest from Chelsea and Liverpool.

"Hundred percent I expect him to stay," he said.

"No matter what happens he will stay." 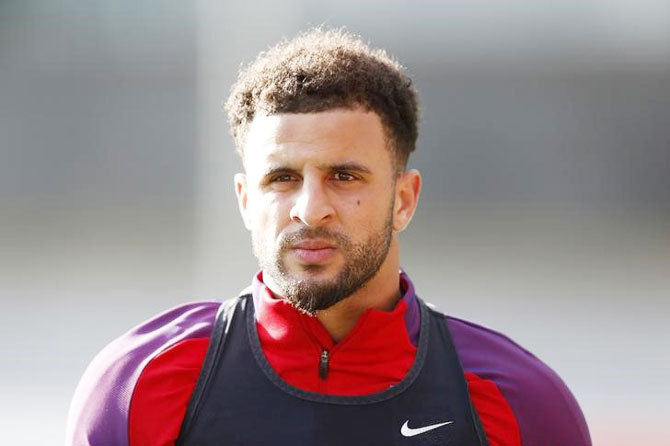 Manchester City have completed the signing of England full back Kyle Walker from Premier League rivals Tottenham Hotspur on a five-year contract, the club said on Friday.

British media reported the fee for the 27-year-old was 50 million pounds ($64.75 million), making him the world's joint most expensive defender along with centre back David Luiz, who left Chelsea for Paris St Germain in 2014.

"ManchesterCity are delighted to announce the signing of England international Kyle Walker. The right back joins from Tottenham on a five-year deal and has opted to take the number two shirt," City said on their website (www.mancity.com).

"I am thrilled to be signing for City and can’t wait to get started," Walker said. "Pep Guardiola is one of the most respected managers in the world and I feel he can help me take my game to a new level."

Japan international Shinji Kagawa has extended his contract with Borussia Dortmund that will keep the midfielder at the Bundesliga side until 2020, the club has announced.

The 28-year-old first joined Dortmund from Cerezo Osaka in 2010 and after a two-year stint at Manchester United, returned to the German club in 2014.

"BVB, with its unbelievable fans, has really grown very dear to me," Kagawa said in a statement on the club website.

"I am very glad that I will remain a part of this incredible club in one of the best leagues in the world with the highest viewing figures."

Kagawa has scored 36 goals in 127 Bundesliga matches for Dortmund with a further 33 assists. He has scored another 18 goals in European competition and the German Cup combined.