Football Briefs: Diego Costa will go only to Atletico if sold by Chelsea Chelsea striker Diego Costa has no interest in a lucrative move to a Chinese club because it would jeopardise his chances of playing in next year's World Cup.

After losing the FA Cup final to Arsenal despite scoring his team's goal, however, he told Spanish media that former club Atletico Madrid were the only team he would leave for.

"If the club want to sell me, there's one club I'd move to," he was quoted as saying, agreeing that it was Atletico, who he left three years ago to join Chelsea.

"I will remain (at Chelsea) if there is intention from the club and the coach for me to stay, but if they want to sell me to bring in another striker, I will go."

It will not be to China, he insisted.

"People talk too much, people talk about China but there's a World Cup coming up and if I go to China I won't have the chance of going to it."

Costa, Chelsea's top scorer as they won the Premier League this season, played two games for Brazil in 2013 but switched to Spain a year later after being granted Spanish citizenship and represented them at the 2014 World Cup. 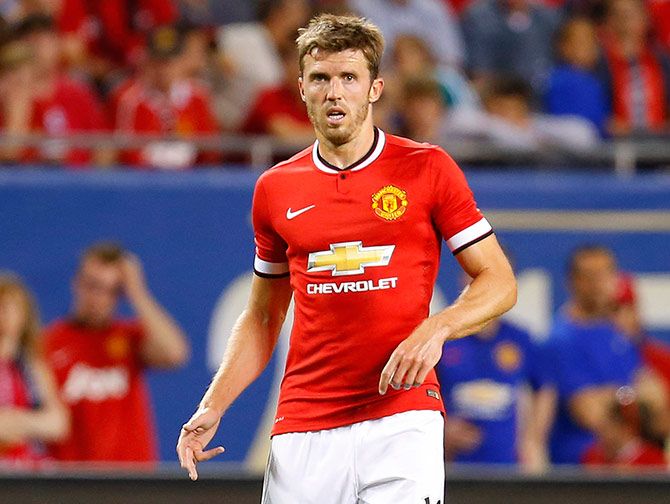 Manchester United midfielder Michael Carrick has said he is delighted to be given a new one-year contract that will take him into a 12th season with the club.

He was part of the squad that won the Europa League last week and the trophy will be shown off at his testimonial match next Sunday.

"I am delighted that my journey with this great club is going to continue," Carrick told the club's website (www.manchesterunited.com).

"What a fantastic way to finish off the season, with a new trophy in our cabinet. I am delighted that my journey with this great club is going to continue," the club website quoted Carrick as saying.

"My focus now is looking ahead to my testimonial match next Sunday; it will be a very proud moment for me and my family, and is the perfect way to top what has already been a great season. I am thrilled that the fans will also get to see our shiny new Europa League trophy on the day," he added.

During his time at the club, Carrick has won five Premier League titles, an FA Cup, two League Cups, a FIFA Club World Cup, a UEFA Champions League, six FA Community Shields and, of course, the recently-secured UEFA Europa League trophy which will be paraded to the fans at Michael's upcoming Old Trafford testimonial match on 4 June.

The veteran mid-fielder has been an important figure for United this season after making 38 appearances for Manchester Unied, including 18 Premier League starts. (ANI)

Teenage striker Moise Kean struck his first Serie A goal deep into stoppage time as Italian champions Juventus came from a goal down to beat Bologna 2-1 at the Stadio Renato Dall'Ara in their final Serie A game of the season on Saturday.

Saphir Taider scored a wonder goal to give the hosts the lead, curling a superb shot across 20-year-old Indonesian goalkeeper Emil Audero, who started in place of Gianluigi Buffon, seven minutes into the second half.

Juventus, who face Real Madrid in the Champions League final next weekend, battled their way back and Paulo Dybala netted the equaliser in the 70th minute, rifling home the rebound from a Gonzalo Higuain shot that was parried by keeper Angelo da Costa.

Kean replaced Dybala and the 17-year-old was relatively anonymous until the fourth minute of stoppage time, when he popped up to head Miralem Pjanjic's free kick and snatch all three points for Juve, who secured the league title with a 3-0 win over Crotone last week.

Former goalkeeper Unzue was Luis Enrique's right hand man at Celta in the 2013/14 season and followed him to Barcelona, where they won nine trophies in three years, culminating in winning the King's Cup on Saturday by beating Alaves 3-1.

Unzue replaces Argentine coach Eduardo Berizzo, who decided against renewing his contract after spending three years with the club, leading them to the semi-finals of the Europa League for the first time, and two successive King's Cup semi-finals.

Berizzo is expected to take the vacant job at Sevilla, whose former coach Jorge Sampaoli is set to take over the Argentine national side next week.

© Copyright 2021 Reuters Limited. All rights reserved. Republication or redistribution of Reuters content, including by framing or similar means, is expressly prohibited without the prior written consent of Reuters. Reuters shall not be liable for any errors or delays in the content, or for any actions taken in reliance thereon.
Related News: Michael Carrick, UEFA Europa League, Manchester United, Paulo Dybala, FIFA
COMMENT
Print this article 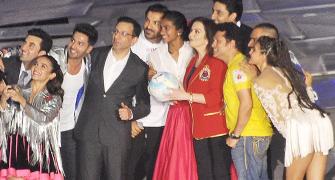 'No Mohun Bagan and East Bengal, no ISL' 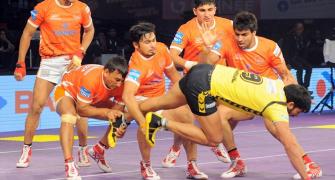 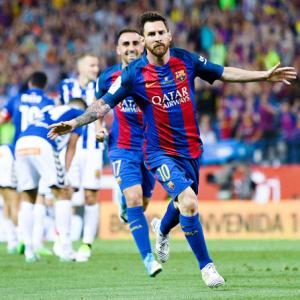