Treble-winning Bayern Munich coach Jupp Heynckes will take time out next season but fell short of announcing his retirement on Tuesday following his club's most successful season to date.

The 68-year-old, who will be replaced by former Barcelona coach Pep Guardiola in an appointment announced by Bayern in January, won the Champions League earlier this month as well as the Bundesliga and Cup double for an unprecedented treble by a German club.

"I am still impressed with the events," a tearful Heynckes, who took over for the third time in 2011, told reporters. "From July 1, I will not take over any club here or abroad."

"The last two years were intense and outstanding," he said, adding the team had learned a lot after just missing out on three titles last season. 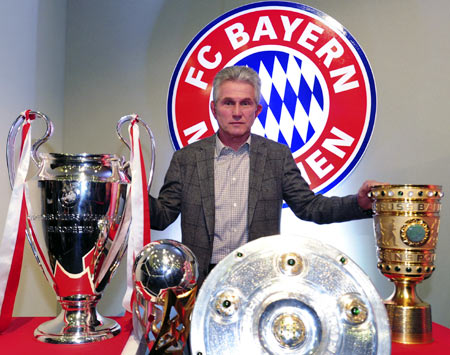 "I had told my wife after last year's Champions League final defeat that I would complete my contract at Bayern but not go beyond that."

Heynckes led Bayern to two consecutive Champions League finals, losing to Chelsea on penalties in Munich last year but bouncing back to beat Borussia Dortmund 2-1 with a last-gasp winner London's Wembley stadium on May 25.

"This season I reached my limit. In the past weeks I realised I had reached an age where recovery takes a lot longer.

"Coaching Bayern demands a lot of substance, strength and energy," said Heynckes, who also coached the Bavarians some 25 years ago as well as briefly in 2009.

Flanked by club boss Uli Hoeness and chief executive Karl-Heinz Rummenigge, who heaped praise on the 1974 World Cup winner with a large banner behind them that read "Thank You Jupp", Heynckes said he needed time to reflect.

The former Borussia Moenchengladbach striker, who as a player was also European champion with Germany in 1972, had been linked in the media with a possible move back to Real Madrid following the departure of Jose Mourinho.

The German, who had led Real to the European crown in 1998, ruled out a permanent retirement, although he did say he is looking forward to time away from his sport.

"I personally am not in favour of final decisions. I am 68 and there is life outside the job. I want to enjoy my life," he said.

© Copyright 2021 Reuters Limited. All rights reserved. Republication or redistribution of Reuters content, including by framing or similar means, is expressly prohibited without the prior written consent of Reuters. Reuters shall not be liable for any errors or delays in the content, or for any actions taken in reliance thereon.
Related News: Bayern Munich, Jupp Heynckes, Pep Guardiola, Jose Mourinho, Uli Hoeness
SHARE THIS STORYCOMMENT
Print this article 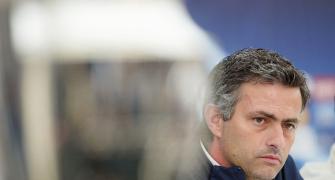 Can Mourinho make the magic work a second time at Chelsea? 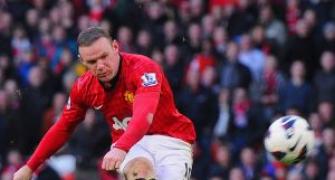 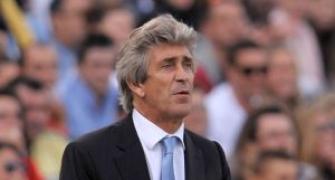