Churchill Brothers' hopes of making it to the next round of the AFC Cup suffered a jolt when they lost 0-1 to Warriors FC in an away match in Singapore, on Wednesday.

Stopper Dharamraj Ravanan was the culprit as he conceded an away goal in the 53rd minute to ensure first points for the local outfit at Jalan Besar Stadium.

The Goan outfit's defeat also paved a smooth passage for Indonesian champions Semen Padang to the last 16 of the continental club championship.

Semen Padang, who beat Hong Kong side Kitchee 3-1 earlier in the day lead the group with 10 points while Churchill are third in the group with four points.

With Kitchee and Churchill Brother meeting in Pune in two weeks from now, the Indonesian side are assured of finishing in the top two.

The goal came when Ruzaini Zainal led a counter-attack from the right and delivered a cross for Mislav Karoglan but Ravanan deflected the ball into his own net.

Despite claiming that winning the I-League was a greater priority than getting past the AFC Cup Group Stage, Churchill Brothers fielded both India international Sunil Chhetri and
Afghan winger Balal Arezou in their starting 11 after both had arrived in Singapore only hours earlier.

The early momentum was with the home team, however, as they created two inviting chances in the opening five minutes, although goalkeeper Sandip Nandy was not tested on either occasion.

The 38-year-old was however called into action on 23 minutes when he had to smother a shot from the right flank by Warriors midfielder Tatsuro Inui, who had earlier seen his
free kick take a big deflection away from goal.

Churchill Brothers stepped up their game thereafter, as Steven Dias and Ashley Fernandes had a number of opportunities to test former Singapore goalkeeper Hassan Sunny but they failed to seize the initiative.

"With the players missing all those chances we had, we had to pay the price," admitted Churchill Brothers TD Subhash Bhowmick.

"I am not disappointed, nor am I surprised. I had alreadysaid yesterday I would not be surprised if something bad happened in this match, but we have some very serious business back home in our league." 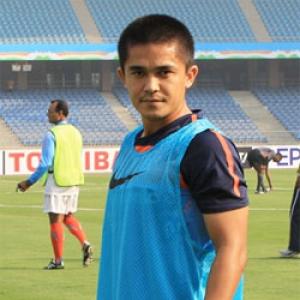 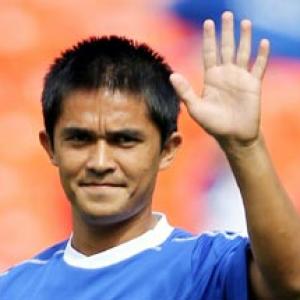