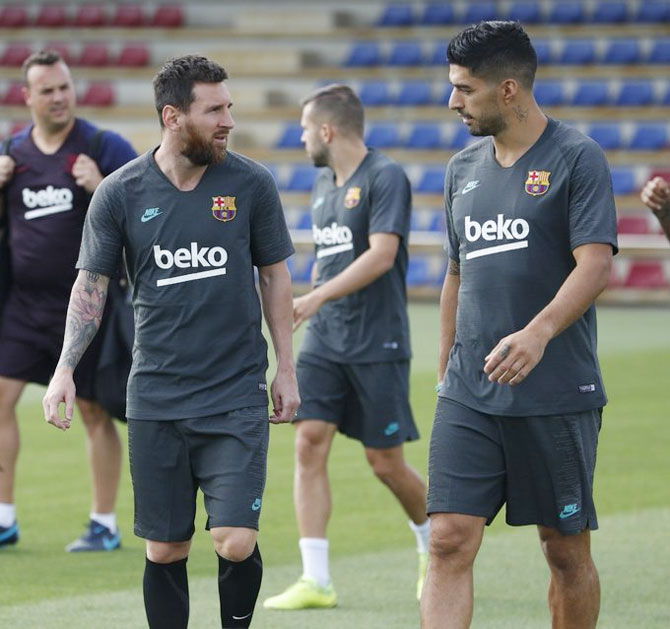 Barcelona captain Lionel Messi will be part of the squad to face Borussia Dortmund in the Champions League on Tuesday as he prepares to make his comeback from injury.

The Argentina striker has not played since sustaining a calf injury in pre-season but Barcelona coach Ernesto Valverde named him in the group which was on its way to Germany on Monday.

Messi trained on Sunday and Monday after missing the first three La Liga matches of the season.

Striker Ansu Fati, 16, has also been included in the squad and may make his Champions League debut after two goals in three appearances.

Frank Lampard is proud to be leading Chelsea back into the Champions League but will be without defender Antonio Rudiger for Tuesday's clash with Valencia at Stamford Bridge.

The club's record scorer is preparing for his first game in the competition as a manager, having replaced Maurizio Sarri.

"Toni is injured. He's bothered a small groin problem that he's been carrying for a few weeks and will have a scan later today," Lampard told a news conference on Monday.

Germany international Rudiger played his first game of the season at the weekend but was forced off at halftime against Wolverhampton Wanderers with a recurrence of the groin injury.

Lampard is also without fellow defender Emerson Palmieri while midfielders N'Golo Kante and Callum Hudson-Odoi are not yet match fit despite returning from injuries.

Chelsea did not feature in the Champions League last season but won the Europa League under Italian Sarri before he parted ways with the London club in the close season to join Juventus.

Lampard, scorer of one of the penalties in the shootout against Bayern in Munich in 2012 when Chelsea memorably won the Champions League for the first and so far only time, said he was looking forward to a return to Europe's elite competition.

However, the former England midfielder is under no illusions about the size of the task, with Chelsea in Group H alongside Valencia, last season's semi-finalists Ajax Amsterdam and Lille.

"I'm very proud as I had multiple incredible nights, and some bad ones, in the Champions League," Lampard said.

"It's the ultimate in club football for me. There is something about the European nights at Stamford Bridge. I'm very excited but what matters most is the result."

Lampard's Chelsea reign began with a 4-0 loss at Manchester United on the opening day of the Premier League but his youthful Chelsea side have taken eight points from their next four games.

They crushed Wolves 5-2 away in the Premier League on Saturday thanks to a hat-trick by 21-year-old striker Tammy Abraham and with teenage midfielder Mason Mount also on target.

Abraham was on loan at Aston Villa in the Championship (second tier) last season having spent the one before at Swansea City. Mount was with Lampard at Derby County.

Chelsea are serving a two-window FIFA transfer ban, which they are appealing against to the Court of Arbitration for Sport (CAS), and that has opened the door for the youngsters. Abraham, in particular, has been a revelation.

He is joint-top scorer in the Premier League this season with seven goals, alongside Manchester City's Sergio Aguero.

"I just believed in him and trusted him," Lampard said.

"I know a lot was made of the ban giving opportunities for young players but I felt now was his time.

"He is in a good place and can improve even more."

Valencia were thrashed 5-2 at Barcelona in La Liga on Saturday in their first game since the sacking of coach Marcelino and sit 13th in the table, but Lampard warned against suggestions that the upheaval makes them vulnerable.

"I'm aware of what's going on, but at the same time it doesn't effect our approach or my approach," he said.

"We are going up against a team with fantastic quality.

"In my experience of moments like this, it generally makes the group tighter and it can be a positive as much as a negative. They have issues off the pitch but they will be very determined to come here and do well on the pitch.

"I am expecting a team who are hard to break down, dangerous on the counter attacks and a tough match."

Real Madrid defender Marcelo will miss the Champions League Group A clash at Paris St. Germain on Wednesday after sustaining a back injury, the club said.

"After the tests carried out today on our player Marcelo by the Real Madrid medical services, he has been diagnosed with a post-traumatic cervicodorsal injury," Madrid said in a statement on Monday, without specifying how long he would be out.

The Brazilian, set to be replaced at left back by Ferland Mendy as the record 13-time winners' make their European bow, joins the long list of injuries suffered by Madrid this season.

Isco, Luka Modric, Marco Asensio and Fede Valverde will all miss the game along with suspended duo Sergio Ramos and Nacho Fernandez.

© Copyright 2020 Reuters Limited. All rights reserved. Republication or redistribution of Reuters content, including by framing or similar means, is expressly prohibited without the prior written consent of Reuters. Reuters shall not be liable for any errors or delays in the content, or for any actions taken in reliance thereon.
Related News: Lionel Messi, FC Barcelona, Borussia Dortmund, Ansu Fati, Luis Suarez
SHARE THIS STORYCOMMENT
Print this article 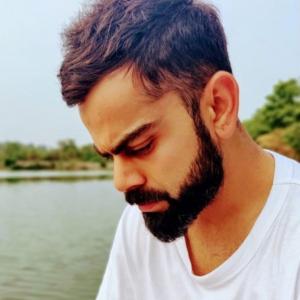 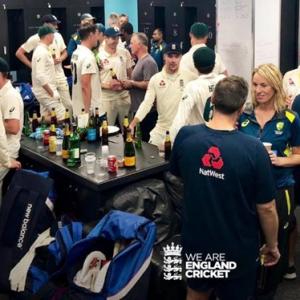