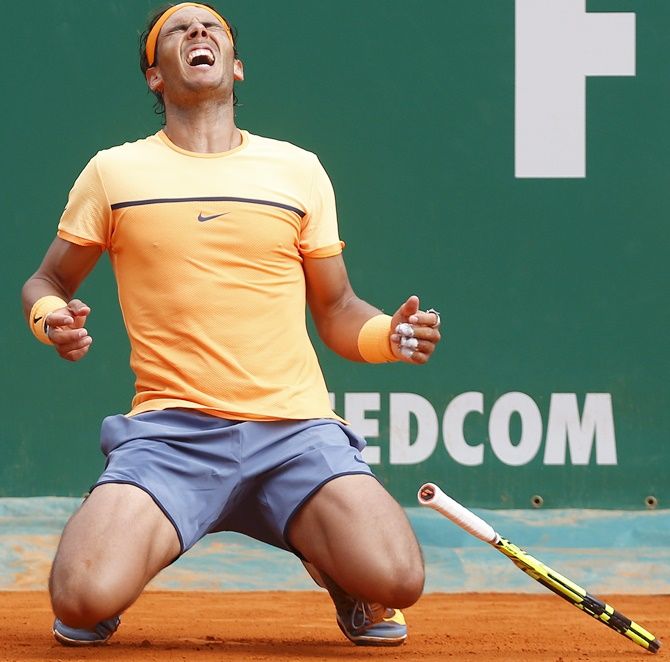 "Monte Carlo has been one of the most special places in my career," Nadal told the crowd on receiving the trophy.

"It was a pleasure to play back here again and in a final. "It's been a special week for me, winning here in Monte Carlo is so special," he added. "See you next year."

Nadal won eight consecutive titles before losing the 2013 final to Novak Djokovic and, after struggling for fitness in recent years, he demonstrated his return to form by overwhelming the home favourite in the third set to win his 28th Masters title.

Monfils broke Nadal to take an early 2-1 lead in the second,but the Spaniard broke back to level at 4-4 before Monfils wrestled back the initiative to take the set.

Nadal dominated the final set, however, breaking Monfils, who appeared drained by his earlier exertions, three times to win his first Masters title since 2014 and his 48th clay crown.