Saudi coach feels the shame in heavy defeat by Russia

'We didn't play the way we planned to. It is left to us to be positive and start thinking about the next match.' 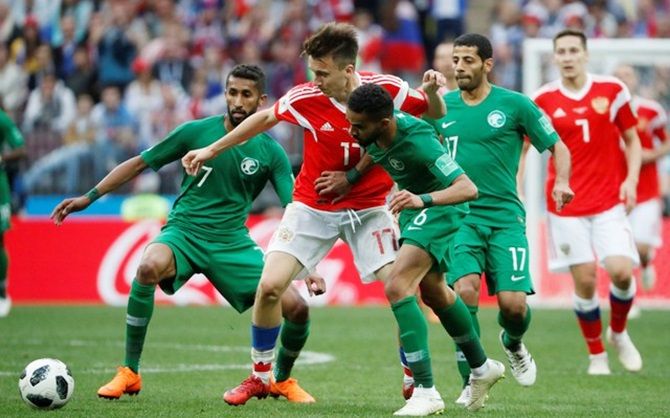 Saudi Arabia coach Juan Antonio Pizzi described a "feeling of shame" after his side suffered a 5-0 hammering at the hands of hosts Russia in the World Cup's opening game at the Luzhniki Stadium on Thursday.

"The opposing team really didn't have to make a huge effort to win this game," he said after a one-sided showing that marked a dream start for the home team in front of a capacity crowd.

"We have now to forget this feeling of shame and start thinking about the next match."

Yet given Saudi Arabia's high turnover of coaches, including a previous mid-World Cup sacking, the Argentine-born Pizzi could well be on his way before he gets a chance to try and rectify the situation.

He conceded questions about his future after the heavy defeat were justified.

"The way I feel right now makes that a valid point but whatever happens I've got my philosophy and I'll try to do as best I can. I trust in our plans and I trust in my players and I trust we'll have a better performance in our next game," he said at the post-match news conference. 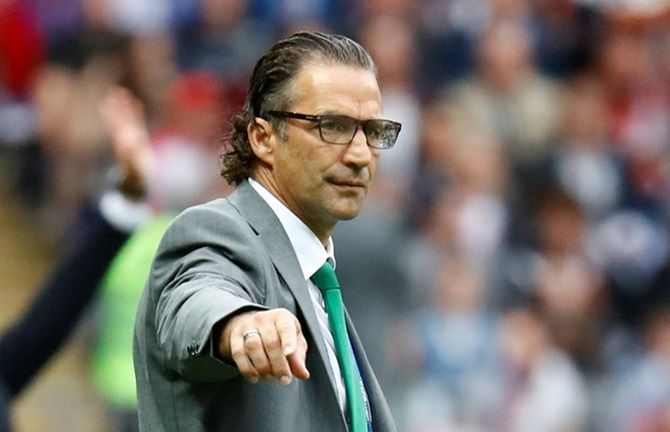 Pizzi was appointed to the job after Saudi Arabia qualified last year for the finals. They inexplicably sacked Bert van Marwijk despite a successful campaign and then his successor Edgardo Bauza before the World Cup draw in November.

Pizzi has been in charge for the last seven months and insisted the Saudis had shown much improvement since.

"This game should not be a point of reference. We didn't play the way we planned to. It is left to us to be positive and start thinking about the next match," he said.

Saudi Arabia's next Group A encounter is against Uruguay in Rostov on June 20.

"I believe that we came into this tournament well prepared and the players were ready to show that they could play at the World Cup. We did not show today what we have done in our previous games," Pizzi said.

Just a week ago, Saudi Arabia lost by a respectable 2-1 scoreline to Germany in their final warm-up game in Leverkusen.

But if past history is anything to go by, Pizzi could well become the next coaching casualty of this tournament if Saudi authorities react with the emotive anger displayed in the past.

Saudi Arabia fired Carlos Alberto Parreira after a 4-0 loss to hosts France in the group stages in 1998, even though four years earlier he had won the World Cup with his native Brazil.

© Copyright 2022 Reuters Limited. All rights reserved. Republication or redistribution of Reuters content, including by framing or similar means, is expressly prohibited without the prior written consent of Reuters. Reuters shall not be liable for any errors or delays in the content, or for any actions taken in reliance thereon.
Related News: Juan Antonio Pizzi, Saudi Arabia, IMAGE, Carlos Alberto Parreira, Bert van Marwijk
COMMENT
Print this article 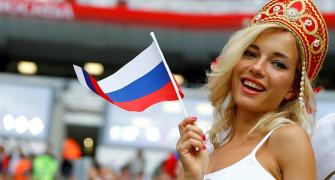 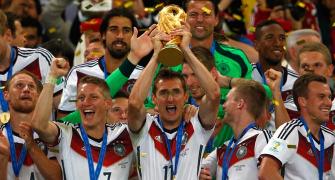 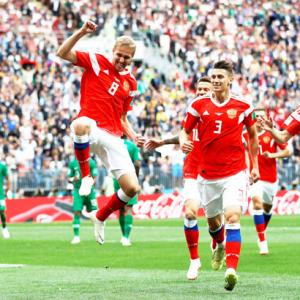