IMAGE: A dejected Japan fan at the Bee bar in Tokyo after their team is eliminated from the FIFA World Cup after losing to Croatia on Monday.. Photographs: Kim Kyung-Hoon/Reuters

Japan supporters lamented the team's 3-1 penalty shootout loss to Croatia at the World Cup in Qatar on Monday, crushing their nation's dream of advancing to the quarter-finals.

Some Samurai Blue fans watched the match in a Tokyo sports bar, undeterred by the rain and a midnight start. They booked their seats at the bar in hopes of witnessing Japan reach the last eight for the first time, but were sorely disappointed.

"My mind went blank ... I had no emotion whatsoever," 21-year-old university student Shun Hasegawa said on Tuesday with tears welling up in his eyes as he described the moment Japan lost the shootout.

"The match was decided by a penalty kick, so it was a 50-50 chance for Japan to win or lose. I think penalty shootouts are a bit like a random draw ... it's just so frustrating to think that there was a 50% chance that Japan could have won," he added. 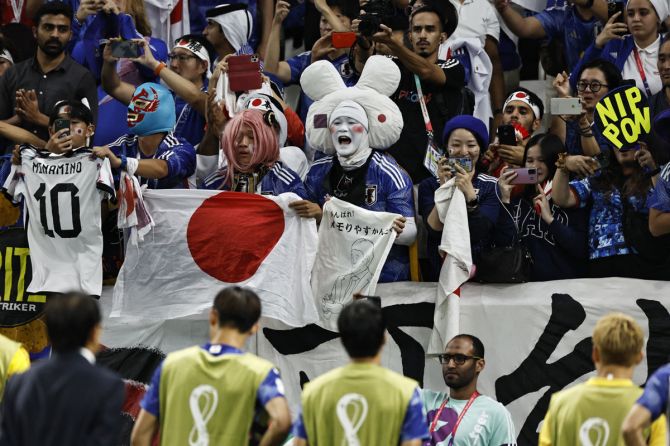 Fans in turn clutched at their hair and whelped with joy as they watched Japan open the scoring through Daizen Maeda in the 43rd minute, before an equaliser by Croatia's Ivan Perisic left the two teams deadlocked at 1-1 until the penalty shootout. Spot kicks by Takumi Minamino, Kaoru Mitoma and Maya Yoshida were all kept out by Croatia's Dominik Livakovic. Ultimately, a stunned silence fell when the Croatians secured the win as Mario Pasalic sent Japan keeper Shuichi Gonda the wrong way.

"It was so fun to watch from start to finish, and it really left an impression on me," said 35-year-old Ryosuke Kabe. The Samurai Blue had staged a stunning turnaround against Spain to reach the knockout rounds for the fourth time by topping their group after they started the tournament with a comeback win over Germany before losing to Costa Rica. 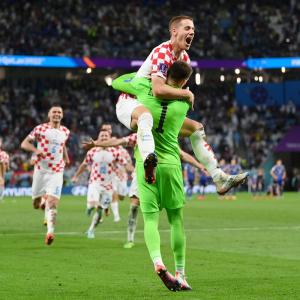 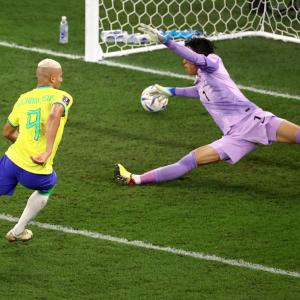