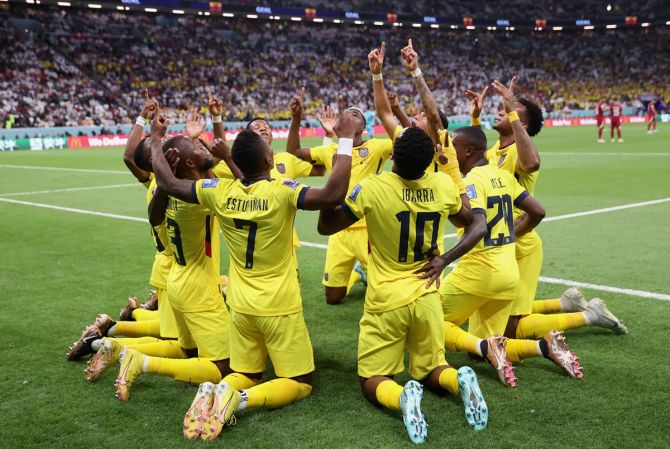 Ecuador eased past World Cup debutants Qatar 2-0 on Sunday with two goals from veteran striker Enner Valencia in a first opening game defeat for a host nation in the tournament's history.

Ecuador's all-time top scorer, nicknamed "Superman" at home, scored an early penalty and added a well-taken 31st-minute header to give the South Americans a commanding first-half lead as the Qataris looked overcome by the enormity of the occasion. 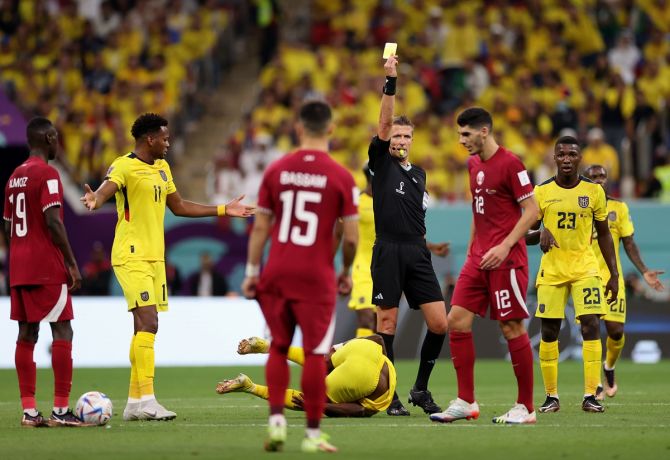 It could have been even worse for the hosts in front of a 67,372 crowd at the tent-shaped Al Bayt stadium had Valencia, 33, not had a third minute header disallowed for a marginal offside after goalkeeper Saad Alsheeb had flapped at the ball.

It was Alsheeb who later tripped Valencia when he was through on goal and then dived the wrong way as the Ecuadorean coolly dispatched the resulting penalty in the 16th minute. 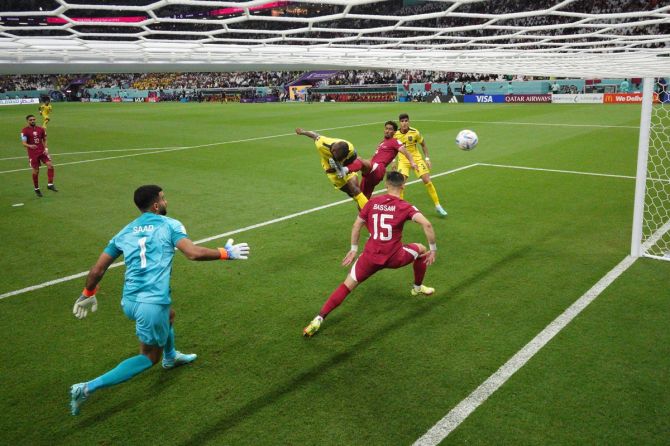 For his second, Valencia was unmarked but still showed great technique to stoop and take Angelo Preciado's cross almost from behind him to head past Alsheeb again.

That goal killed the Group A game as a contest and the second half was played at a slow pace, with many Qataris leaving before the end as Ecuador's fans chanted "Ole!" 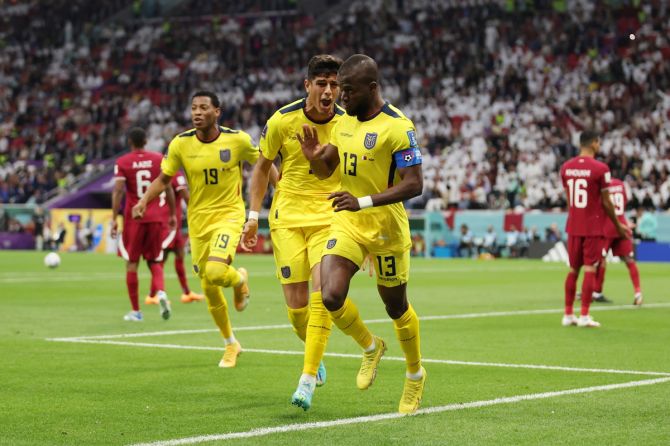 Despite an enviously long time to bond and train together, including summer camps in Europe, Qatar looked largely toothless. Almoez Ali had their best chance at the end of the first half, heading wide but then judged offside.

Mohammed Muntari also fired over in the dying minutes. 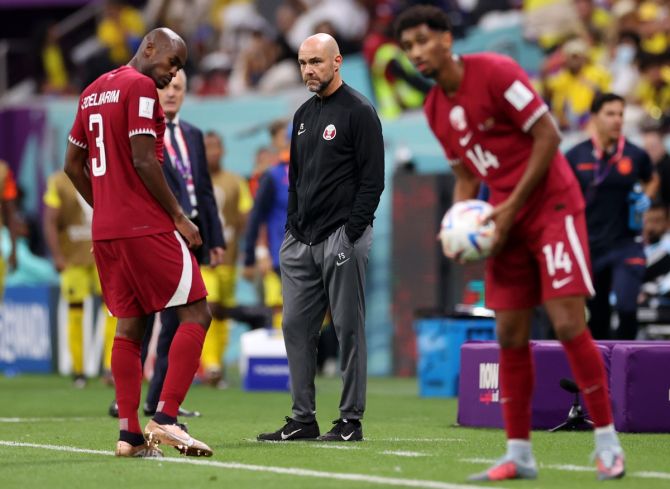 Both sides now have to play Senegal and the Netherlands in the group stage, with Qatar's chances of picking up points or qualifying looking slim on this performance.

Ecuador are dreaming of surpassing their best ever previous World Cup showing when they reached the last 16 in 2006.