Images from the FIFA World Cup match between Senegal and England on Sunday. 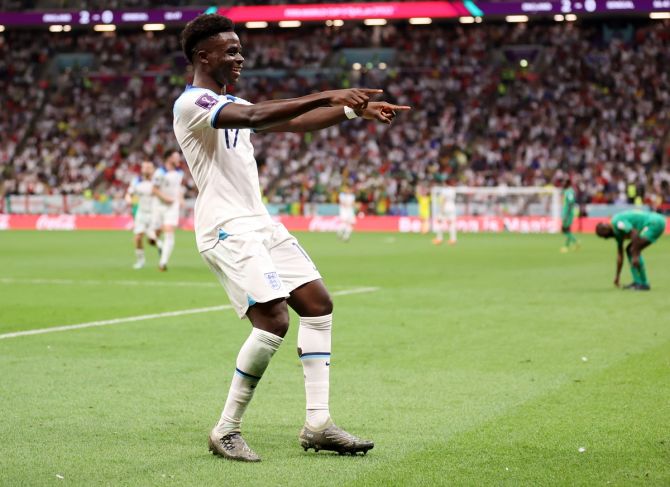 England overcame a pedestrian start to surge to a comfortable 3-0 victory over Senegal on Sunday as goals by Jordan Henderson, Harry Kane and Bukayo Saka swept them into a mouth-watering World Cup quarter-final clash with holders France.

England took a long time to impose themselves on the African champions, a team they had never faced before, and survived a couple of scares before two goals late in the first half changed the feel of the night and it was no contest after the break.

The victory extended England's all-time unbeaten run against African teams to 21 games, including eight in World Cups. Morocco, who face Spain on Tuesday, are now the only African team left in the tournament. 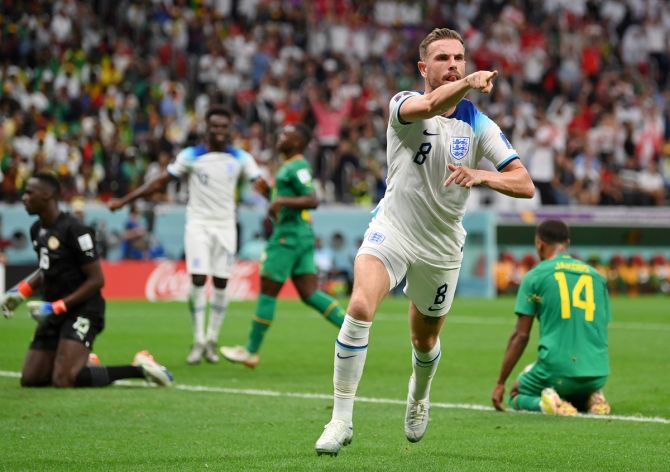 The absence of the suspended Idrissa Gueye and injured Cheikhou Kouyate left Senegal’s midfield too underpowered to pose problems for England.

With Sadio Mane missing the tournament through injury the Africans also lacked a cutting edge to trouble an England defence that kept a third successive World Cup clean sheet for the first time in 20 years.

Although it was eventually a convincing victory, England will need to have a look at how and why they took so long to impose themselves.

For most of the first half they were slow and static and a series of misplaced passes gifted Senegal chances. The best of them fell to Boulaye Dia and only the strong left arm of keeper Jordan Pickford prevented the Africans taking the lead. 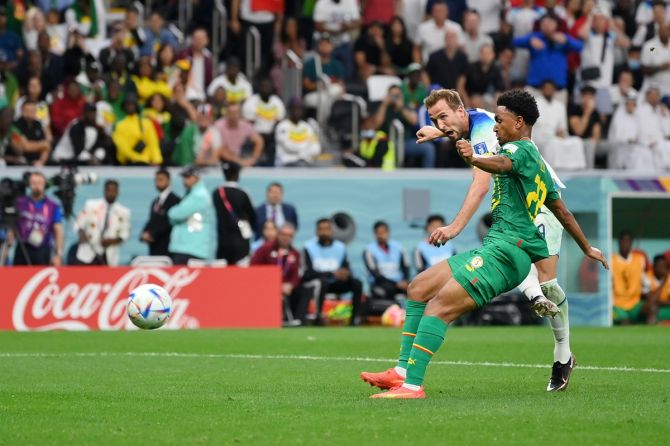 With the relentless Senegalese drummers spurring their men on, England’s normally vociferous fans were silent - and had nothing to lift them.

They found their voice after 38 minutes though when England finally injected some pace, breaking down the left through Phil Foden and Jude Bellingham, who crossed for late-arriving Henderson to stroke home the opener.

Kane had an almost identical chance minutes later and though he sidefooted over, his goal drought at this tournament came to an end in emphatic style in first-half stoppage time.

Bellingham again surged from his own box and fed Foden, who rolled the ball into the path of the captain to smashed in an unstoppable shot to become England’s eighth scorer in Qatar.

It was a lead that had looked unlikely but England came out full of confidence after the break and it no longer felt like a contest. 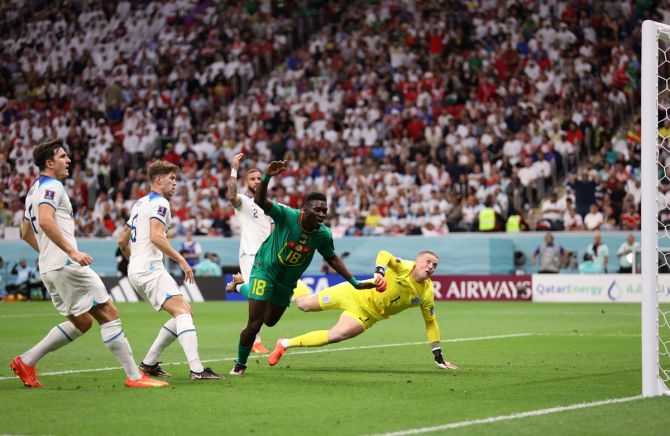 Saka, recalled by coach Gareth Southgate in his only change from the win over Wales, cleverly lifted in the third after 58 minutes following a penetrating run and low cross by Foden.

It was England's 12th goal of the tournament, the most by any team in Qatar and matching their all-time record set four years ago when they went all the way to the semi-finals.

From then on England were able to go through the motions and keep out of trouble as they are still yet to have a yellow card and seem to have avoided any major injuries going into the France showdown.

They know they will be unlikely to get away with a similarly slow start next Saturday night against a French team who impressively dispatched Poland 3-0 earlier on Sunday, but the holders too will be well aware that their old rivals possess the weapons to do real damage if they get the chance. 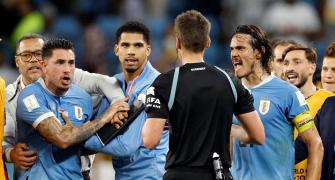 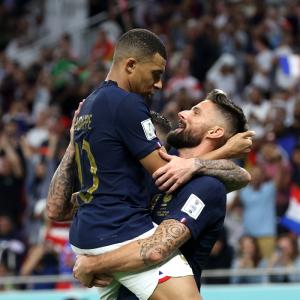 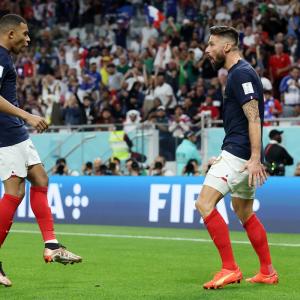